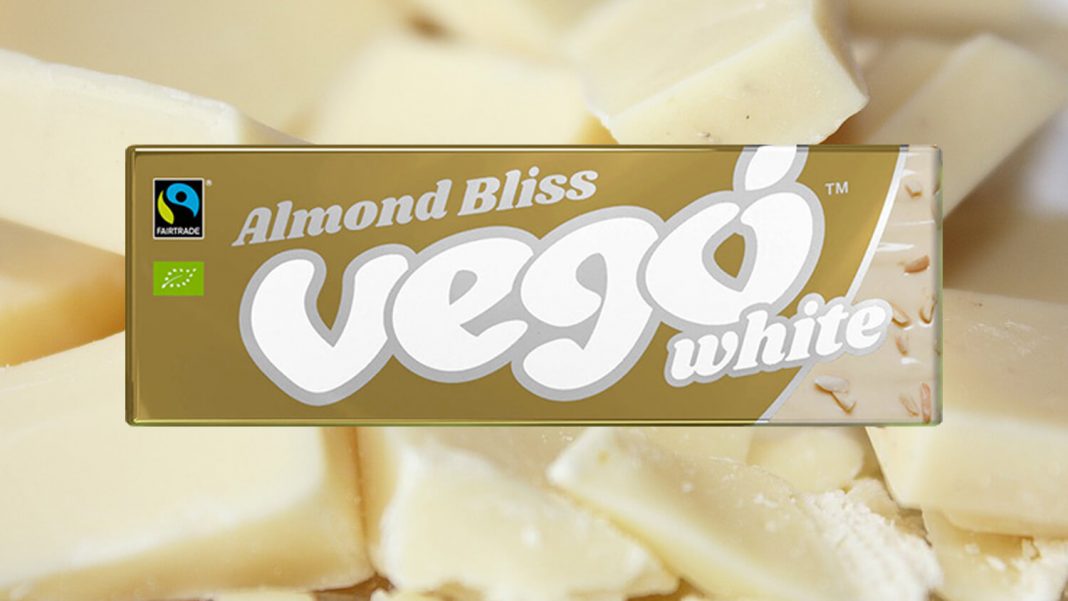 Made with crunchy almonds, the new palm oil-free Almond Bliss bar is a first for the company, which hasn’t offered a white chocolate product before.

The brands existing offerings – the original vegan milk chocolate bar and its newest product, Nutella-like spread – are hazelnut-based. According to the brand’s website, it only uses “exclusive high-quality ingredients such as fine Italian hazelnut paste, hazelnut cocoa cream and whole hazelnuts that we blend together in a unique process.”

The original Vegobar, stocked in a number of retailers including UK health food chain Holland & Barrett and the Vegan Kind Supermarket, is a favorite among consumers. Its popularity isn’t a surprise to the brand which claims that the vegan, organic, fair trade, and gluten-free product is “probably the tastiest chocolate bar in the world.”

Around the globe, consumers are opting for vegan chocolate over dairy more than ever. A report from January 2018 revealed that the dairy-free chocolate market is set for dramatic growth in coming years, driven by health-conscious and environmentally aware consumers.

The consumption of dairy is linked to a number of diseases including cancer and heart disease. Its production is also harmful to the environment, with dairy farming responsible for high levels of greenhouse gas emissions.

A UK survey found that nearly 30 percent of young people aged 18 to 24 are opting to reduce or eliminate their dairy intake for these reasons, as well as animal welfare concerns.

“Heightened awareness of the detrimental impact that dairy production has on the environment, alongside concerns over animal ethics, has given rise to a new trend called ‘reducetarian,'” said Emma Clifford, the associate director for food and drink at Mintel, the firm that conducted the recent survey.

This attitude amongst consumers has led new brands and major chains to launch vegan chocolate options, particularly in the run up to Easter.

A number of UK supermarkets – including Morrisons and Sainsbury’s – are offering dairy-free eggs this year in a bid to cater to demand, and Yorkshire-based independent brand Mummy Meagz has launched a vegan version of Cadbury’s popular Creme Egg.

The new white chocolate Almond Bliss bar by Vego will be available in stores across Europe from March 2019.