Ever since I returned from my holiday to Lisbon, I’ve been raving about Portugal’s culinary national treasure; Pasteis de Nata (translated as Portuguese Custard Tarts in English). If you’ve never tried them before, take my word for it – they are absolutely dreamy. I could talk forever and a day about these but they’re basically a flaky, crispy golden pastry filled with sweet creamy vanilla custard, and then usually topped with a sprinkle of icing sugar and cinnamon.

Despite Lisbon having a diverse large range of vegan and veggie eateries, I didn’t manage to find any Vegan Portuguese Custard Tarts whilst I was out there, so naturally I attempted to make them once I returned home!

I can confirm – my attempt to “veganise” these classic treats was successful! I have to admit, I would still need to work on this vegan Portuguese custard tart recipe to make them real contenders to the originals from the Pastéis de Belém bakery I visited in Portugal – but they are still so tasty none the less!

This recipe includes normal ingredients that are just accidentally vegan – who knew Jus Rol puff pastry and Bird’s Custard were vegan? These vegan Portuguese custard tarts are simple to make and take less than 30 minutes to cook. 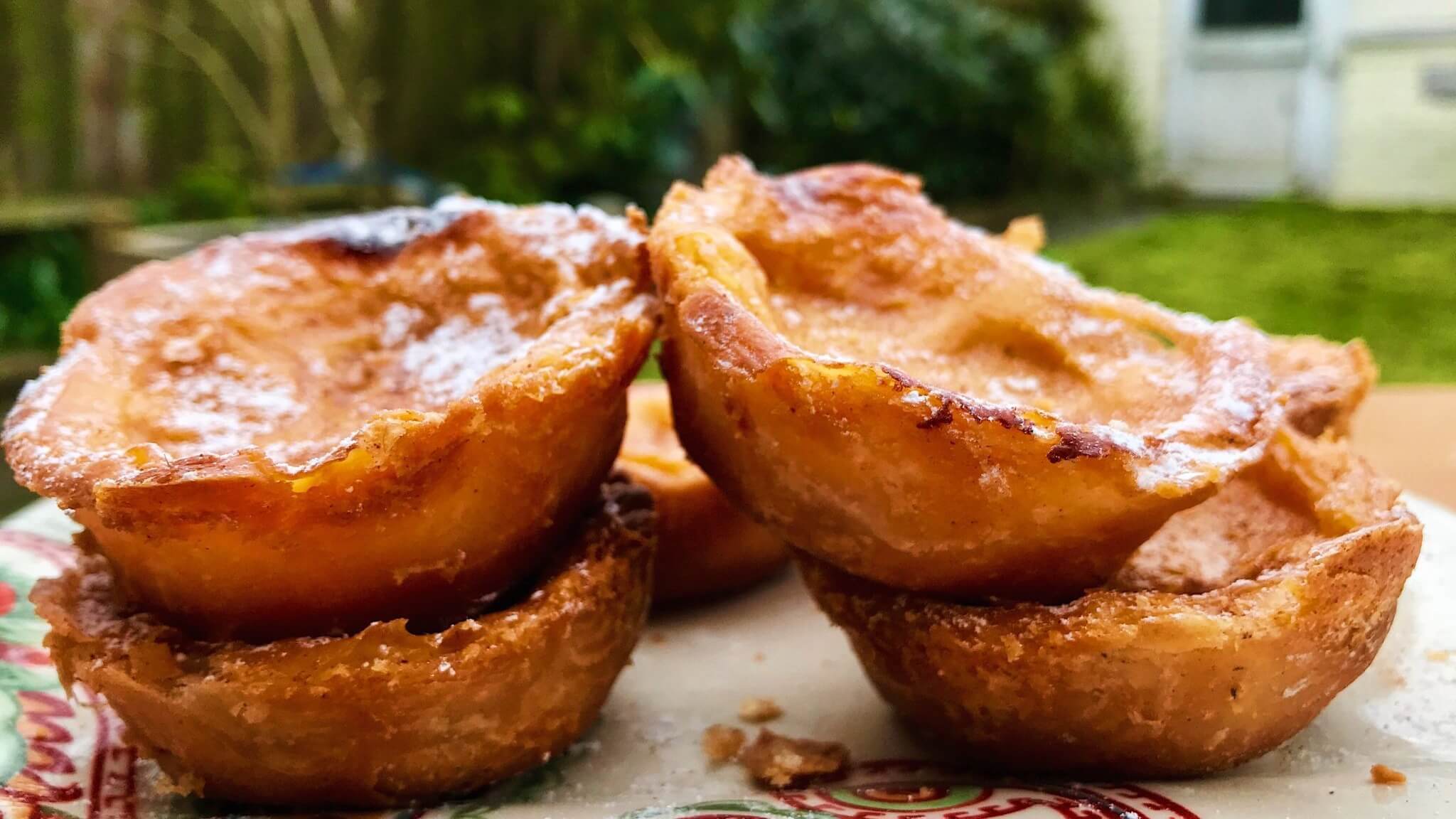 Make sure the custard has completely cooled before pouring into the pastry. For a more 'authentic' look you could add a drop of yellow food colouring/or a TINY BIT of turmeric (just for colour not for taste) to the custard to make them look more 'eggy' but that's completely up to you!

Looking for more recipes like this? Get creative in the kitchen with this vegan Norwegian pastry recipe. The buns are stuffed with dairy-free coconut whipped cream and marzipan, and are dusted with confectioners’ sugar.

To further satisfy your sweet tooth, try your hand at making nutty banana bread just like grandma used to make (but vegan). The crust is crispy, the center is fluffy, and the smells that fill your kitchen whilst you’re making it are wondrous. The recipe contains walnuts and ground flax seeds and can be made gluten-free or sugar-free if you so desire.

For something more decadent, check out this vegan black forest cheesecake recipe. It features an oatmeal, dark chocolate crust and is made with “hormone balancing” silken tofu, which you can swap out for dairy-free yogurt if you prefer.

This recipe was republished with permission from Basil & Vogue.