The Critics’ Choice Awards has announced its 2020 menu will be entirely vegan.

Attendees will dine on Baja Fresh’s veggie tacos and burritos, as well as The Counter’s burgers. The restaurant has two plant-based burgers on its ordinary menu, the “bleeding” Impossible Burger and the Sprouted Veggie. It’s not confirmed if it will serve both at the star-studded event.

“Baja Fresh and The Counter were able to step up in a big way to support our decision thanks to their diverse menus of tasty food options,” said Joey Berlin, CEO of the CCA, in a statement. “Together we are looking forward to providing our incredible honorees, nominees, and guests with delicious, and thoughtful, food during our show.“

Vegan desserts from Pinkberry and Cold Stone Creamery will also be available. 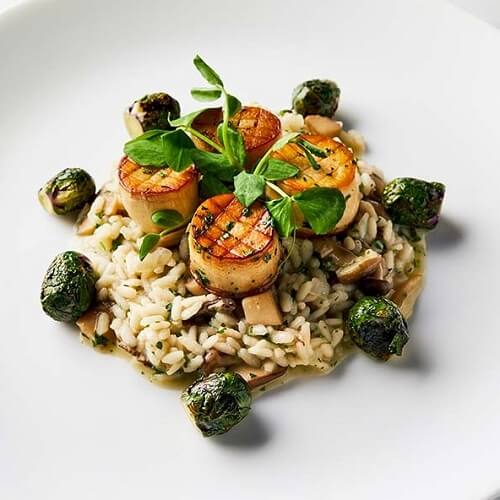 The award ceremony follows in the footsteps of the Golden Globes. The menu for the 77th ceremony was also completely vegan. The president of the Hollywood Foreign Press Association Lorenzo Soria said the Golden Globes intended to “send a signal” about the climate crisis.

“We don’t think we’ll change the world with one meal,” Soria said in a statement. “But we decided to take small steps to bring awareness. The food we eat, the way it is processed and grown and disposed of, all of that contributes to the climate crisis.”

In 2018, the United Nations Environment Programme labeled tackling meat consumption as the world’s “most urgent problem.”

Actor and vegan activist Joaquin Phoenix won the Golden Globe for Best Actor in a Drama for his role in “Joker.” He praised the award ceremony’s menu during his acceptance speech.

He said, “first, I’d like to thank the Hollywood Foreign Press for recognizing and acknowledging the link between animal agriculture and climate change. It is a very bold move making tonight plant-based and it really sends a powerful message.”

He finished his speech asking his fellow actors to do better when it comes to reducing their environmental impact. “We don’t have to take private jets to Palm Springs and back,” he said.