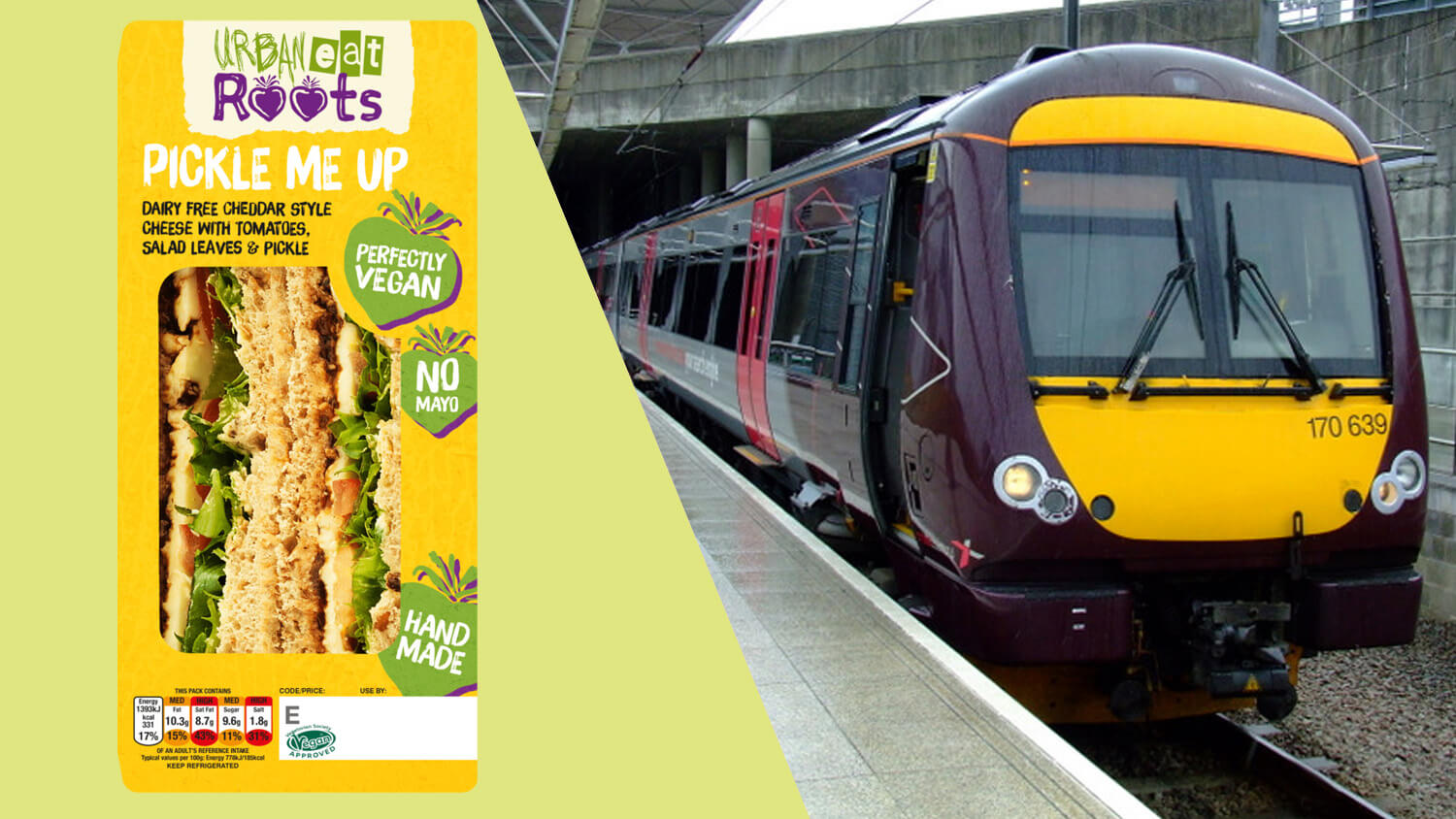 The train operating giant shared the news on Twitter, introducing its new Urban Eat Pickle Me Up sandwich, which features vegan cheese, salad, and pickle. The company has also launched vegan and gluten-free cake bars. CrossCountry attributed the decision to add the options to the growing consumer demand; a new survey by the food research and training charity IGD found that 52 percent of Brits are eating more vegan food. “In line with feedback from customers and the increasing demand for vegan options, we are now offering vegan and gluten free food on board our trains,” CrossCountry tweeted.

In May, the UK-based organization The Vegan Society launched a campaign to secure more plant-based options on planes and trains across the nation. The group noted how “vegans often struggle to find suitable food when they’re travelling. In fact, in a survey last year we found out that 80% of vegans often go hungry onboard trains.”

The campaign was the latest installment of the organization’s ongoing “Vegan On The Go” effort, an initiative which was wildly successful in its first phase last year when the society encouraged high street retailers to increase the availability of ready-made vegan options.

Major companies are catering to the ever-growing number of plant-based travellers not just in the UK, but across the globe. In April, Amtrak, the passenger railroad servicing the U.S. and three Canadian cities, announced its new dining program in two of its sleeper cars, with updated menus featuring dedicated vegan meals for plant-based patrons.

And it’s not just trains upping their vegan options. New Zealand’s leading airline, Air New Zealand, announced plans this summer to serve the vegan Impossible Burger onboard its planes, making it the first airline in the world to serve the “bleeding” plant-based patty.