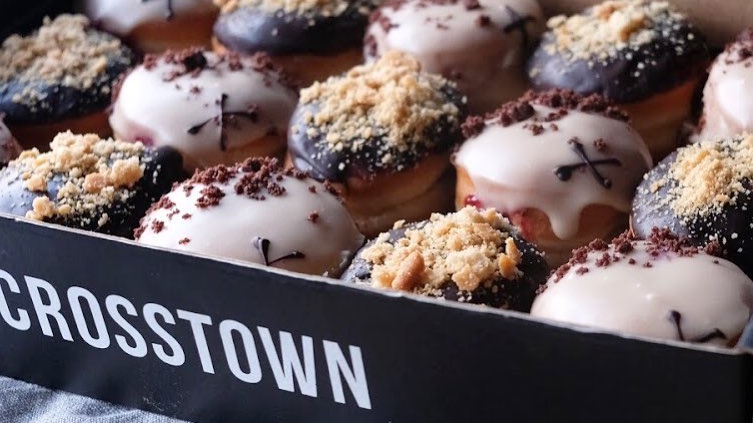 Crosstown Doughnuts is not an exclusively vegan shop, but this marks the company’s third vegan location. According to the brand, the weekly stall will stock nine doughnut flavours free from animal products, including customer favorites such as Chocolate Truffle and Cinnamon Scroll as well as seasonal varieties such as Coconut & Lime and Beetroot Lemon-Thyme.

Demand for Vegan Doughnuts On the Rise

“We’re really excited to be part of another amazing market, serving up fresh to hungry East Londoners. Since releasing our first plant-based doughnuts in 2017, demand has been constantly growing from vegans and non-vegans alike,” said Crosstown Doughnuts cofounder JP Then.

Interest in veganism is growing at a rapid pace. The number of Brits who identify as vegan surged by 700 percent within a two-year period and more than half of younger people have tried a plant-based diet within the past year.

“We believe Victoria Park Market is a great spot for Crosstown and really look forward to meeting the locals this weekend,” Then added.

Earlier this year, the popularity of Crosstown’s plant-based doughnuts among its customer base led the brand to open two vegan locations. The first one is a brick-and-mortar store in London’s affluent Marylebone neighborhood while the second is a weekly stall in Brockley Market. Both shops opened within less than a month of each other.

According to the website, Crosstown Doughnuts took the utmost care when developing a base for its vegan offerings: “We’ve spent months experimenting with different processes, techniques, and ingredients to adapt our doughnuts to be vegan-friendly without compromising on taste, texture or quality.”

Committed to meeting customer expectations, the vegan-friendly shop continues to handcraft its doughnuts daily in spite of its rapid growth. “We want to move away from the misconception that vegan options aren’t as good as ‘the real thing’, and are excited to produce a vegan range of doughnuts for London that are every bit as delicious as their non-vegan counterparts,” wrote the brand.

Customers can visit Crosstown Doughnuts Victoria Market Park location every Sunday from 10am-4pm. It is located next to specialty coffee maker, Browns of Brockley.