According to Under Current News, the California-based company will produce and serve whole muscle, medallion-sized portions of yellowtail amberjack, and mahi mahi fish to its staff members this year. Much like the growing number of other companies working to develop clean meat, the extracted cells for the seafood are grown in a bioreactor.

Other companies — like  JUST, Mosa Meat, and Memphis Meats — are focusing on creating lab-grown alternatives for beef and chicken, but BlueNalu expects to be the first to launch lab-grown seafood on an industrial scale.

“This will be the first demonstration of a ‘proof of scale,’ value-added seafood product that anyone in the industry has achieved to date,” said CEO Lou Cooperfield. “Picture a fish taco or tuna poke, a half-ounce to two-ounce piece of fish flesh that will be just what tuna poke or fish taco or ceviche look like.”

BlueNalu wants to corner the whole market, with its sights set on a vast array of seafood products, including crab, Chilean sea bass, orange roughy, and lobster. 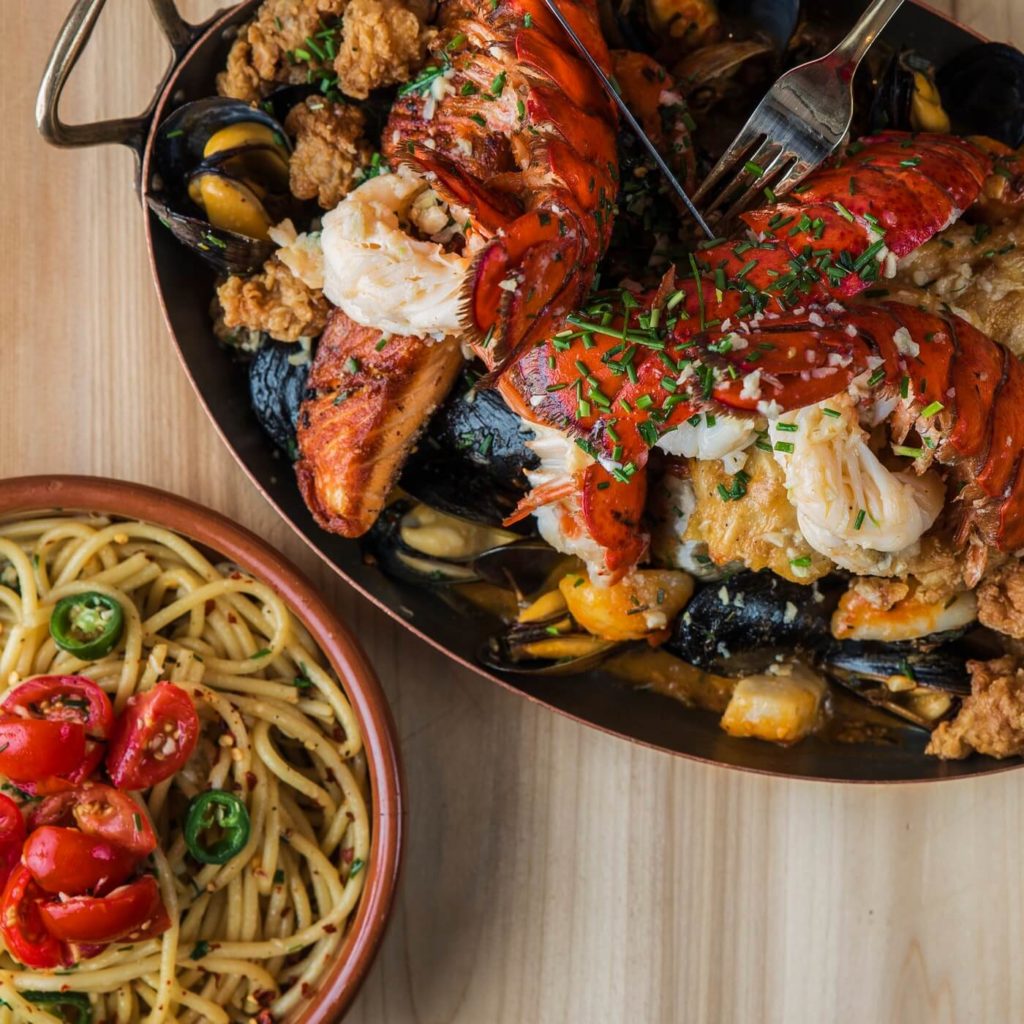 BlueNalu is hoping to develop an array of clean seafood, including lobster

The world’s demand for seafood is having a serious impact on the oceans and marine life.

According to a report from the World Wildlife Fund (WWF) released last year, overfishing and climate change have led to a 60 percent decline amongst populations of fish — alongside birds, mammals, and reptiles — since 1970. Fifty percent of shallow water corals have also been lost.

“This report sounds a warning shot across our bow,” Carter Roberts, the president and CEO of WWF US, said in a statement at the time. “Natural systems essential to our survival – forests, oceans, and rivers remain in decline. Wildlife around the world continues to dwindle.”

The fishing industry is also a significant contributor to plastic pollution. A report from last summer revealed that despite the emphasis on reducing single-use straws around the world, 50 percent of ocean plastic is actually made up of fishing gear.

Alongside vegan seafood companies, such as Good Catch Foods, BlueNalu is working to provide an ethical alternative for consumers.

“We want to have seafood products with no compromise in quality, taste, or texture,” said Cooperfield. “And also no compromise to the planet or with personal health or animal health.”