Tackling those New Year’s resolutions can feel like you’re setting yourself up to fail. But with a little help, it’s easy to keep the momentum going, especially if one of your goals this year is to commit to a vegan diet. PETA (People for the Ethical Treatment of Animals) is launching its #NewYearNewVegan campaign to support those transitioning to a healthier, more planet-friendly, and ethical diet choice.

The animal rights group says it’s offering people thinking about going vegan “all the best tips and resources.” And the organization certainly has them–they’ve been at this vegan thing for well over thirty years.

“If you’ve been thinking about going vegan in 2018, PETA is here to help with its new one-stop shop of resources,” says Ben Williamson, Senior International Media Director, PETA. “If you need inspiration, go to peta.vg/newyearnewvegan, which offers free one-on-one mentorship, meal plans, recipes and more.” 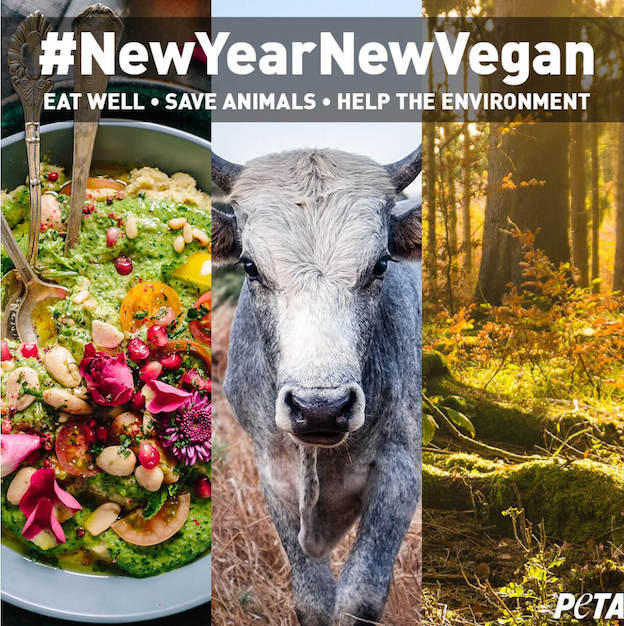 For those new to veganism PETA says its free Vegan Starter Kit “will guide you through the transition to a healthier, happier, and longer-lasting life. It has everything from recipes and tips on eating out to health information.” There’s also the group’s Guide to Going Vegan to answer any questions.

If that’s not enough to keep you on your goals, the PETA Vegan Mentor Program “makes the transition even easier by offering one-on-one support from a knowledgeable vegan.” As a mentee, you’re paired with mentors “who address questions and concerns about going vegan, as well as offering guidance on shopping, cooking, dining, or anything else related to vegan living.” The program, PETA says, “strives to foster a healthy, sustainable lifestyle shift by offering a network of support and resources that promote kindness over cruelty.”

For a little help with the recipe rut or newbies to vegan cooking seeking out tasty meal planning, PETA also offers a two-week vegan meal plan to get you going.