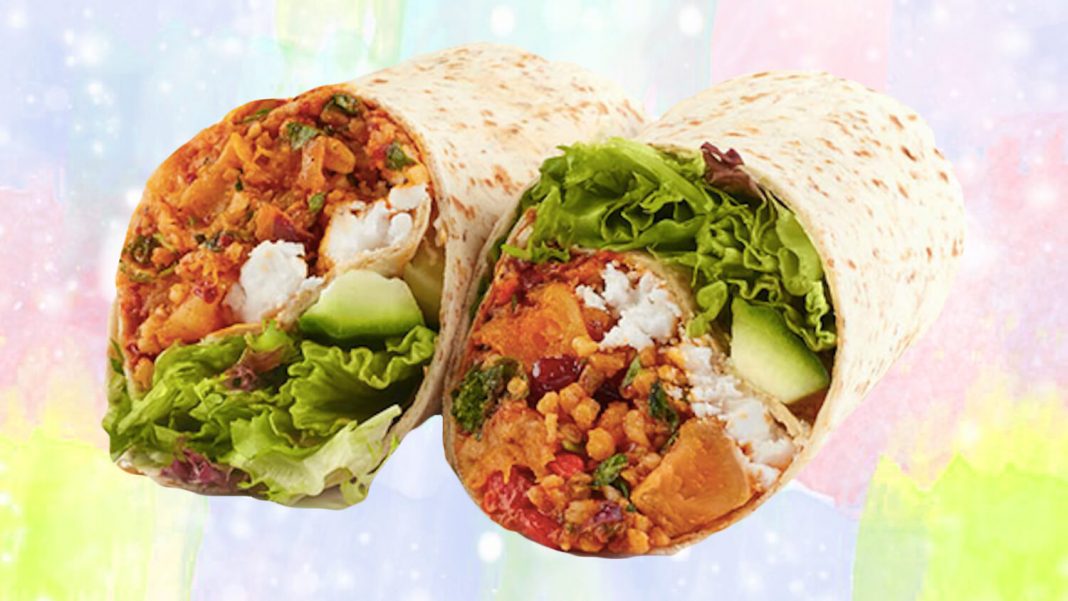 According to Crussh, the wrap is part of the chain’s new “Powered by Plants” campaign, which promotes its more than 50 vegan options in all stores. For the entire month of January, Crussh’s Soho location will feature a 100 percent plant-based menu with 20 new vegan options, according to a press release.

Since January 2017, the London-based restaurant has increased its vegan options by 22 percent, now accounting for 45 percent of the menu.

According to a recent report by leading global research firm Mintel, the UK is now a world leader in vegan product launches. Last year, 16 percent of food product launches were plant-based.

Additional data revealed that more Brits are taking a flexitarian approach to meat consumption, with 34 percent stating that they are trying to eat less meat. Restaurants alike are taking notice of shifting consumer preferences; vegan options in restaurants increased 237 percent over the past year. Perhaps the most simultaneously controversial and celebrated launch comes from bakery chain Greggs, which sparked a craze with its vegan sausage rolls.

Last month, high street retailer Marks & Spencer announced that it would not only adopt clear vegan labeling, following in the footsteps of supermarkets like Tesco, Sainsbury’s, Morrisons, and Iceland, but it also launched a range of 60 ready-meals, snacks, and ingredients called Plant Kitchen.