The research—conducted by UK brand Meatless Farm and based on a OnePoll survey of 2,000 people—predicts that an estimated millions will shun meat for their Father’s Day lunch and dinner. This follows a boom in plant-based meat sales over the lockdown.

According to Meatless Farm, more than a third of meat-eating Brits are now choosing more plant-based meats.

A spokesperson for the brand said in a statement: “There’s been a new wave of meat alternatives that are satisfying the protein pangs of our nation’s dads. So much so that over a third will be dusting off the BBQ, come rain or shine, and tucking into a meat-free burger this weekend.”

They added the meat-free movement is “driven by dads aged between 25 and 34,” which signals the rise of the “mindful millennial dad.” Meat has long been associated with strength and masculinity. However, James Cameron’s 2018 documentary “The Game Changers,” which features some of the world’s top athletes who have also forgone meat, has proven this to be a myth.

The spokesperson said that these dads are “making more sustainable choices for the benefit of the planet they live on and that their children will grow up on.“ 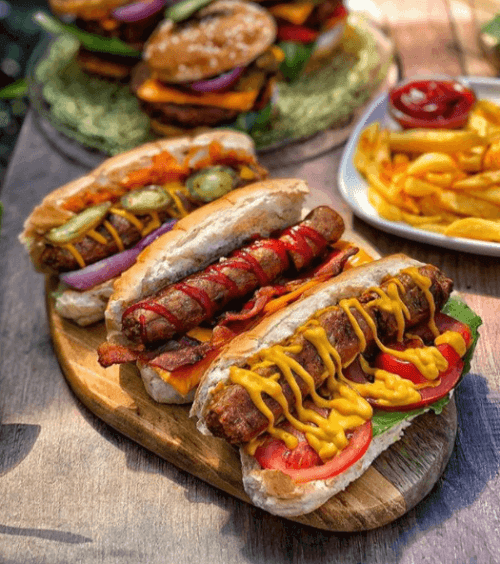 Interest in Meat-Free Food Rises in the UK

Millennials and Generation Z-ers are the most likely to stock up on produce, they revealed.

It’s not just the pandemic that has had an impact; vegan food sales were rising before the outbreak. Between 2014 and 2019, another Mintel analysis revealed meat-free sales had jumped 40 percent.

The report stated that flexitarian diets are growing in popularity. The number of meat-eaters who have limited their meat intake increased from 28 percent in 2017 to 39 percent in 2019.

She added: “Many consumers perceive that plant-based foods are a healthier option. This notion is the key driver behind the reduction in meat consumption in recent years.“