Holiday season is here, and for many, that means sitting back and relaxing with something a little indulgent. If you’re bored of wine or you just want something a bit more seasonally special, a vegan creamy liqueur may just be the ideal addition to any Christmas cocktail. These can be enjoyed alone over ice, in an after-dinner coffee, or, if the mood takes you, in a late-night hot chocolate in front of a holiday movie. Not sure where to start looking? Here are seven dairy-free cream liqueurs to include in your festivities. 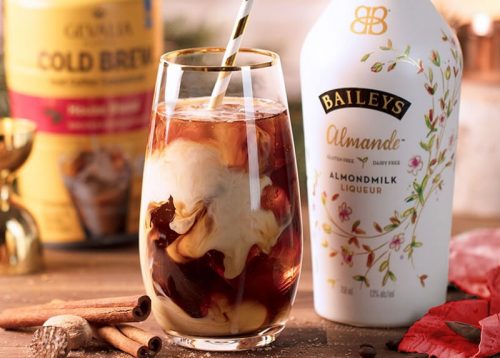 Baileys Irish Cream has been a staple in many liquor cabinets since its debut in 1974. However, its original option only included dairy. In 2017, this all changed. The iconic brand launched its vegan Baileys Almande, which is made dairy-free with the use of almond milk instead of cream.

According to the brand, the only thing its creamy alcoholic almond drink isn’t free from is “naughty delicious indulgence.” To enjoy it best, Baileys recommends you pour it over ice. But you could also add it to a vegan snowball or a creamy alcoholic milkshake. 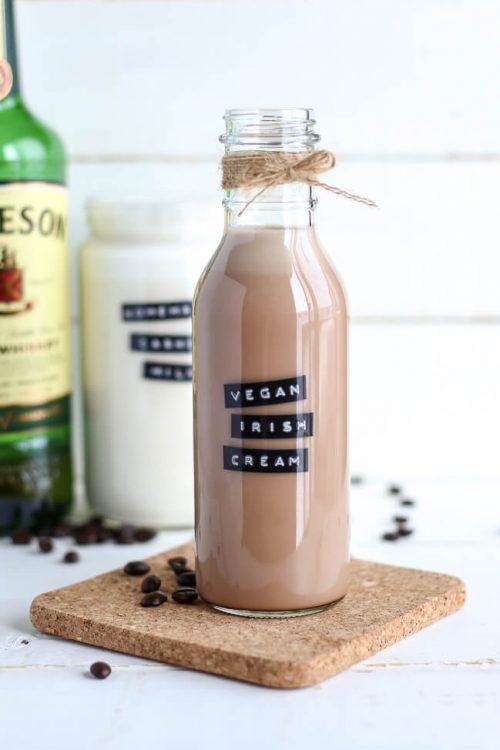 You can make your own vegan Irish cream.

If you’re in a creative mood, you can make your own vegan Irish cream at home. This indulgent recipe combines homemade cashew milk with full-fat coconut milk, Irish whiskey, sweetener, and a touch of cocoa, instant coffee, and vanilla. If you don’t fancy drinking it, you could even use it as frosting.

Recipe creator I Love Vegan says, “Irish cream is the perfect treat. With its creamy texture, sweetness, comforting notes of coffee, chocolate, and vanilla, and soul-soothing warmth of Irish whiskey, it’s a true grown-up indulgence.”
Get the recipe here. 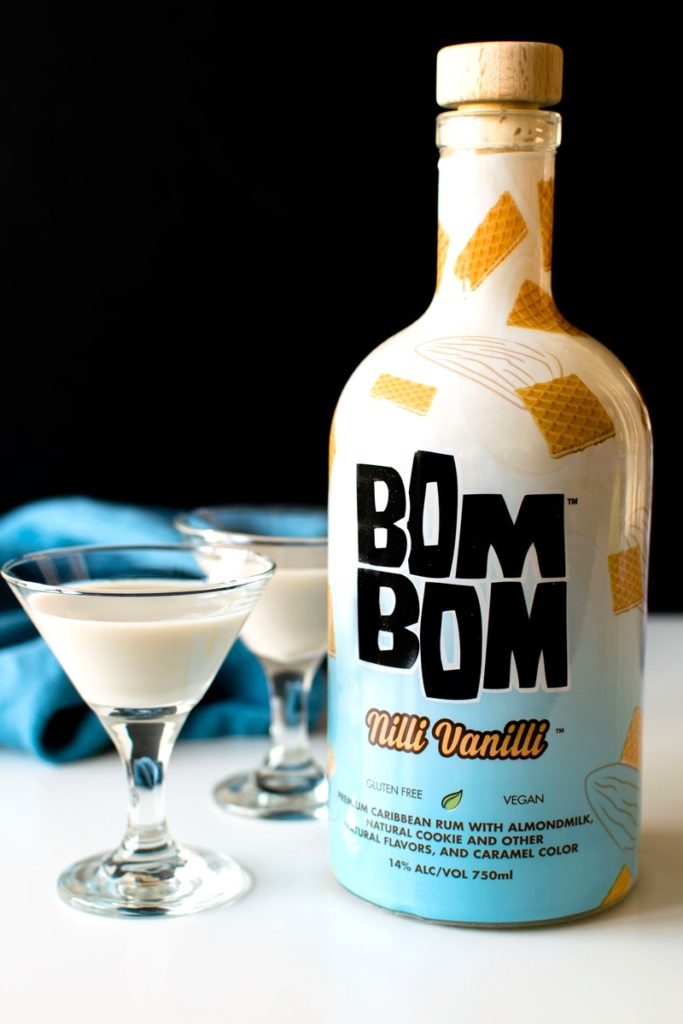 Award-winning beverage brand Bom Bom offers two sweet, creamy, but dairy-free beverages. Its Nilli Vanilli “cream” liqueur is a vanilla cookie-flavored blend of Caribbean  rum and almond milk. Its other offering, Fully Baked, is the first hemp milk cream liqueur on the market. Inspired by the iconic Ben & Jerry’s ice cream flavor Half Baked, this vegan creme liqueur is said to taste like brownies and cookies.

According to founders Kevin Mowers and Eva Maria Janerus, the brand launched Fully Baked because they wanted their company to “evolve.” They said in a statement last year, “we never settle for just good or even just great, which is why Fully Baked uses hemp milk. Not only is it lower-calorie and vegan, like our Nilli Vanilli, but it’s nut-free as well and has no artificial flavors or preservatives.” 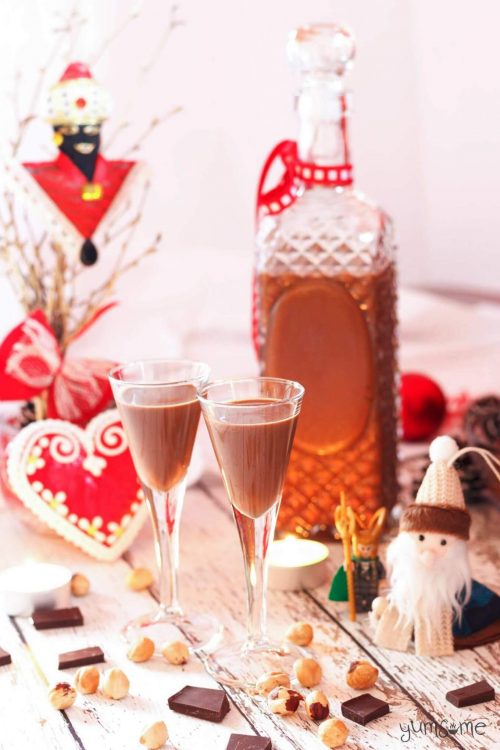 Nutella’s creamy chocolate flavor is the inspiration for this liqueur.

Are you a vegan Nutella fan? Swap spooning it straight out of the jar for this creamy liqueur recipe, which draws inspiration from the much-loved spread. The recipe includes rice cream, vodka, and a touch of sugar. If you’re not keen on rice cream, you can add any vegan cream you like. Recipe creator Yumsome recommends Oatly.

This recipe is “easy-peasy” to put together. Melt together the vegan hazelnut spread, chocolate, sugar, and then (after you’ve removed it from the heat) add in cream and the vodka. If you make too much, don’t worry, it’ll keep in the fridge for up to a month.
Get the recipe here. 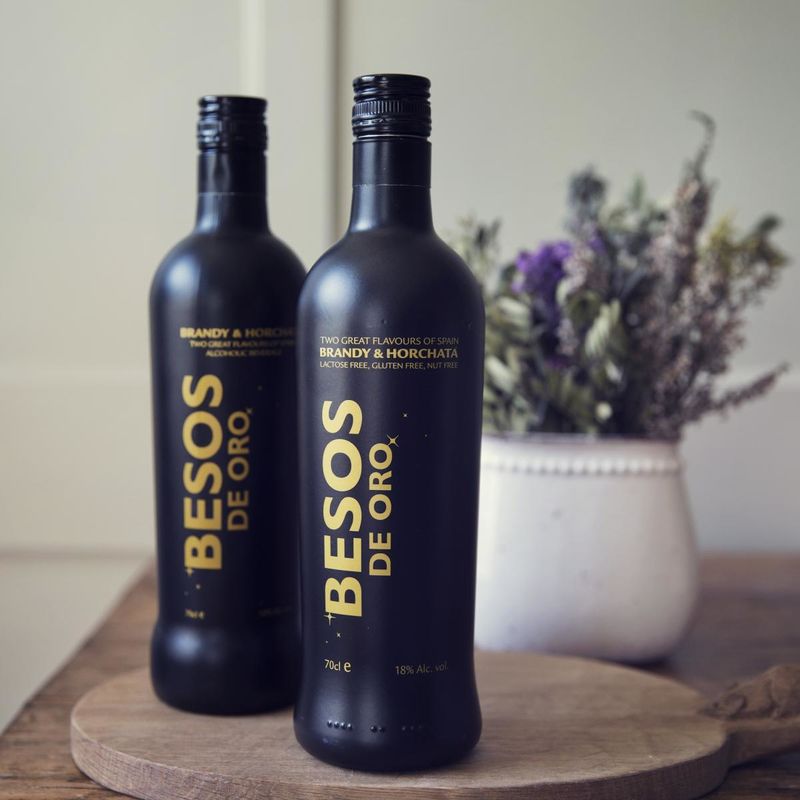 Based in Spain, vegan brand Besos de Oro (which translates to “golden kisses”) makes a dairy-free liqueur from tigernuts and brandy. It offers two main options, classic and chocolate. The company drew inspiration for its product from traditional Spanish horchata, a creamy beverage made from tigernuts.

The creamy beverage was founded accidentally, by Durham County native Peter Smith. According to Smith, he was on holiday with his wife who was following strict doctor’s orders to only consume one alcoholic drink per day and no more. When she asked for brandy, he tried to make it last longer by mixing it with horchata concentrate. Smith said, “it looked and tasted like Baileys, only better, it was phenomenal.” 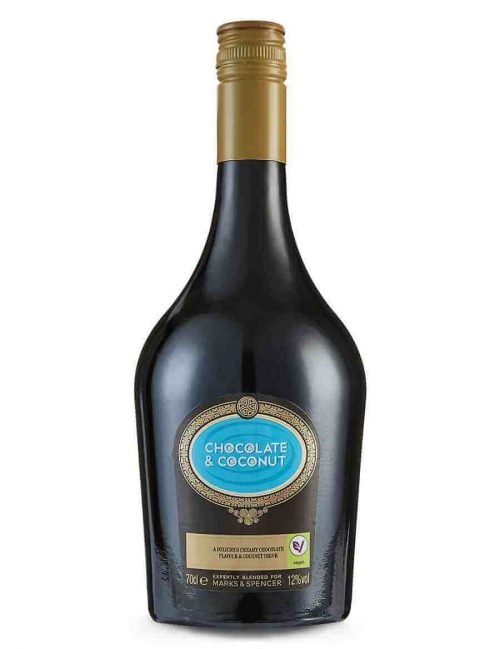 Marks & Spencer gives the holidays more reasons to celebrate with this chocolate and coconut liqueur.

High street retailer Marks & Spencer initially launched its festive vegan liqueur in 2017, and, so far, it’s proven to be popular with customers. Made in Northern Ireland, the dairy-free cream liqueur features a blend of chocolate and coconut cream. Some say it tastes just like Baileys, others maintain it tastes even better.

Metro reviewed the dairy-free liqueur when it first came out. The publication stated, “you guys. This. Tastes. Exactly. Like. Baileys.” It added, “Made from alcohol, water, sugar, coconut oil, and flavorings, this absolutely deserves a place in your glass this Christmas. Or on your pudding. Hell, pour it in your eyes — it’s so good.” 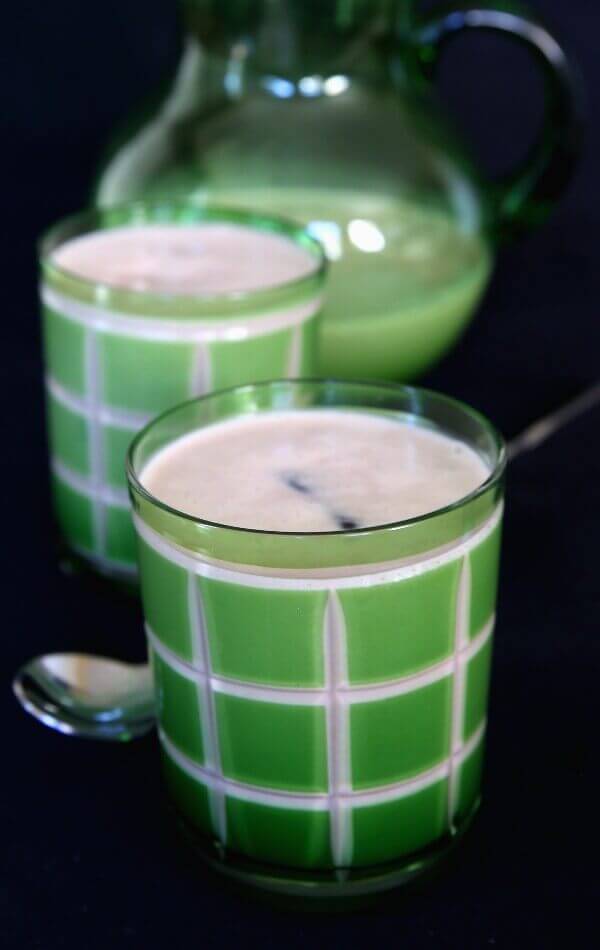 Make your own vegan Baileys Irish Cream | Vegan In the Freezer

Want to make your own vegan liqueur but you’re pressed for time? This recipe for vegan Baileys-style Irish cream whiskey will take you only a few minutes. All you need is coconut cream, maple syrup, vanilla extract, instant coffee, cocoa powder, and some Irish whiskey. If you’ve got guests who don’t drink or you want to allow children a taste, simply make a separate batch without the whiskey.

According to recipe creator Vegan in the Freezer, you could make this in place of dessert. “[It] is like a dessert in itself,” they note. “I can’t even think of what you could pair it with. Chocolate would complement it but you would be on sweets overload. So let’s just sip.”