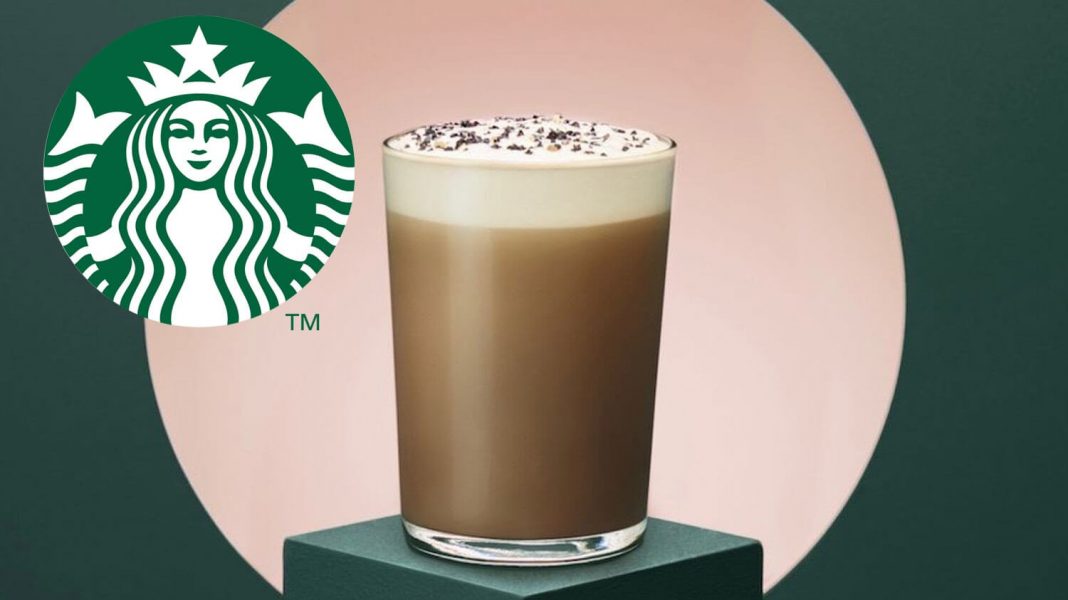 The new beverage — named the Teavana Black Sesame Tea Latte — is handcrafted with tea leaves and then blended with milk; it’s also infused with black sesame sauce — which isn’t vegan as it contains honey — and topped off with black sesame praline.

To make the drink dairy-free, customers can ask for coconut, almond, or soy milk and ask them to hold the caramel.

The sesame-infused beverage is the latest addition to Starbucks Canada’s Teavana range, which already consists of five offerings, including Black, Matcha, and Rooibos tea.

The new tea latte is the latest in a long line of dairy-free product launches from Starbucks, which now offers a range of plant-based food and drink options in its stores across the world.

Introducing a brave new way to tea: the Black Sesame Tea Latte. Infused with black sesame and garnished with sesame brittle, this is the flavour you've been craving. #DareToTea

Most recently, it launched vegan almond and pistachio butter bars in the UK, and in Portugal, it added new vegan cakes and sandwiches to shelves in February. In January, again in the UK, it introduced vegan mac ‘n’ cheese and breakfast burritos, and in the same month, it launched decadent vegan chocolate cakes in its Philippines locations.

The new additions follow on from former executive chairman Howard Schultz’ comments at last years Seeds and Chips, a global food conference in Milan. During a speech at the event, Schultz named plant-based products as a “huge opportunity.”

Vegan food and drink is becoming increasingly popular around the world, as more and more people learn about the health, ethical, and environmental consequences of consuming animal products.

But Starbucks knows the demand goes a step further than food. In tune with demand for a more environmentally-friendly way of living, the world’s largest coffee shop chain also recently pledged to run 10,000 stores on renewable energy by 2025.

Current CEO Kevin Johnson explained in a statement last year that Starbucks is not all about profit, it cares about the planet too, and “doing what’s right.”

He added, “One of our social impact pillars is sustainability. We are a company that believes in the fabric of mission and values, that the pursuit of profit is not in conflict with the pursuit of doing good.”