Borden Dairy Co. has filed for bankruptcy. The 164-year-old company is the second major milk producer in the U.S. to do so in the space of a few months.

According to Bloomberg, Borden’s chief financial officer Jason Monaco revealed in court papers that a number of factors have put pressure on the Dallas-based company. The rising popularity of vegan milk has had an impact, as well as rising prices for raw milk.

There’s also competition from major supermarkets, like Walmart, which now produce their own private label milk.

U.S. consumers also don’t drink as much dairy as they used to. “People are simply drinking less of it,” Monaco said. “In parallel, since the turn of the century, the number of U.S. dairy farms has rapidly declined.” 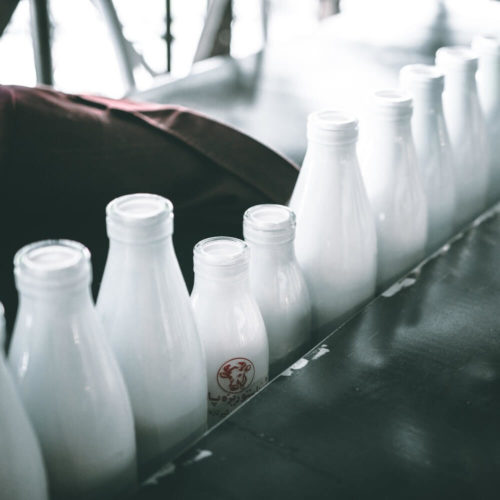 In the U.S., consumer attitudes toward milk are starting to change.

The Changing Future of Dairy

In California, the oldest dairy farm in the state Giacomazzi Dairy decided to end operations last year. Instead, the 125-year-old company is beginning to farm almonds. Vegan milk — made from nuts, like almonds, as well as peas and other plant-based ingredients — is rising in popularity. According to the Good Food Institute, the market is now worth around $1.8 billion.

But Dino Giacomazzi says the dairy industry’s problems are far more complex than competition from the dairy-free sector. Globalization, for example, has meant global price constraints. “We have to compete with Europe, which has been subsidizing dairy for generations,” the owner of Giacomazzi Dairy told Quartz.

Giacomazzi also recognizes that the habits of U.S. consumers are changing. He said, “they’re not having breakfast anymore. The raisin industry and the cereal industry are having trouble surviving because nobody sits down and eats breakfast.”

The future of food is also changing outside of the U.S. In the UK, one dairy farmer leaves the industry every week. A recent study revealed that 60 percent of Scottish farmers believe the dairy industry is in full decline.