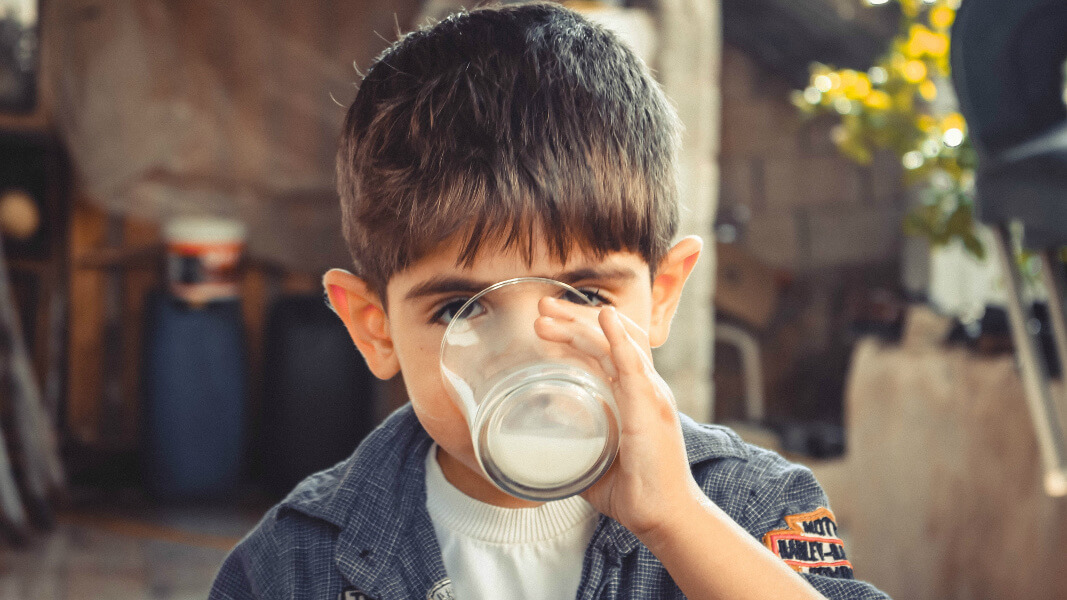 A dairy industry report obtained by the Latino-focused branch of international animal rights organization PETA (People for the Ethical Treatment of Animals) has revealed the inner workings of how the dairy industry is consciously targetting the children of immigrant parents in order to increase dairy sales.

Throughout the 20th century, dairy milk became a quintessentially American food. Most will recall the presence of celebrity-driven “Got Milk?” campaigns in magazines, on television, and in public schools, stressing the importance of drinking dairy daily in order to grow up strong. As a result, milk has long been considered a staple of the standard American diet.

However, in recent years, research from the medical community that shows how white people are one of the only ethnicities where lactose intolerance is not normal has led some to point out how the prevalence of dairy marketing, along with certain policies, may be racist. According to a 2010 report titled “A Worldwide Correlation of Lactase Persistence Phenotype and Genotypes,” for example, only 21 percent of Anglos are lactose intolerant versus up to 90 percent of East Asians, 75 percent of African Americans, and 51 percent of Latinos.

High levels of lactose intolerance, which is marked by symptoms such as stomach pain, bloating, diarrhea, and nausea, have not deterred the dairy industry from targetting Latino families.

However, the dairy industry report obtained by PETA discusses the importance of using strategic marketing to target immigrant children in order to boost sales. In a sub-section titled “Foreign-Born, Less Acculturated Immigrants,” the industry profiles immigrant Latino families as being “large”  and having “lower incomes.” It then adds: “But don’t be discouraged by the income data. Buying quality products that please their families is very important, so these consumers can be excellent, brand-loyal customers…”

Poker face: check. Milk: check. It’s not easy being a kid, so you’ve got to play your cards right. #BeingAKidIsTough #CountOnMilk

“Foreign-born Hispanics are twice as likely as U.S.-born to say their kids are teaching them about American food, culture and products,” says the industry report. “Hispanic children are also influential grocery shoppers, as they shop with their parents more frequently than the general population. Latino moms tend to show their love with good food, and may be compelled to purchase kid-pleasing items.”

It seems that the industry is already releasing marketing campaigns designed to appeal to the children of Latino immigrants. Last July, it revived the iconic “Got Milk?” campaign, which featured both English-speaking and Spanish-speaking T.V. spots.

the dairy industry is desperate to save itself

Why is the dairy industry targetting a demographic that is mostly lactose intolerant? Dairy consumption in the U.S. has been in a steady decline since the mid-1970s. According to data collected by the USDA (United States Department of Agriculture), while Americans drank an average of 30 gallons per year, the number plummeted to about 18 gallons per year as of 2017. Despite declining fluid milk sales, however, production has seen a 12 percent increase over a 10-year period. As a result, for years the milk industry has been experiencing what is known as a “milk glut,” or an overproduction of milk.

In October 2016, the Wall Street Journal reported that dairy farmers dumped 43 million gallons of milk, or the equivalent of 66 Olympic-sized swimming pools, as a result of excess production. High production of cow’s milk has also driven the American cheese stockpile to a 100-year high, with 1.39 billion pounds of cheese made from unsold milk being stored in warehouses. The number represents a 16 percent increase since 2016’s federal buy-up.

Ripple Original is a great alternative to cow’s milk for your little ones. Each serving has 8g of protein from peas, DHA Omega 3s (for brain & heart health), 50% more calcium than dairy milk and half the sugar. It’s one small choice you can feel good about.

Beyond targetting new Latino consumers, the dairy industry has been pushing milk on groups that are primarily lactose intolerant for years, under the guise of doing good. Earlier this month, the USDA purchased an unprecedented 50 million gallons of milk in order to combat the glut, all of which would be distributed to families who do not have “regular access” to milk.

“This purchase addresses one of our country’s significant challenges — hunger — and, at the same time, will have a positive impact on the dairy industry at a time of significant market uncertainty,” Michael Dykes, president and CEO of International Dairy Foods Association, told ABC News. “The nation’s milk processors welcome the opportunity.”

While the act of donating milk, in theory, sounds positive, according to data collected by the U.S. Census Bureau, poverty disproportionately affects nonwhites. As Dykes stated above, the move seems to be more of a PR move on the part of the dairy industry.

Additionally, for years the free school lunch policy, which gives underprivileged access to free meals in public schools, has required all children, regardless of allergens or preference, to take a carton of dairy milk. The only way children could receive vegan milk in its place is via special documentation indicating a disability or dietary need. Last June, the American Medical Association (AMA) decried the policy as “racist” and called upon the federal government to enact food justice by being more culturally sensitive to the dietary needs of others.