Veganism has seen a whirlwind of success in recent years, leading to an estimated 500% increase in vegans since 2014. The momentum in the lifestyle movement has led to concerns for the dairy industry, while it appears the meat industry is losing sales to vegan companies.

One business in particular has caught the attention of the dairy industry. Small vegan company Kinda Co. was started by “life-long cheese addict” turned vegan, Ellie Brown. After some hard-work and creativity in the kitchen, Brown made her products available for purchase, under the company name Kinda Cheese.

The application of the original business name was “partly approved”, as reported by New Statesman, “providing there were no objections”. However, objections came, and from a surprising source. 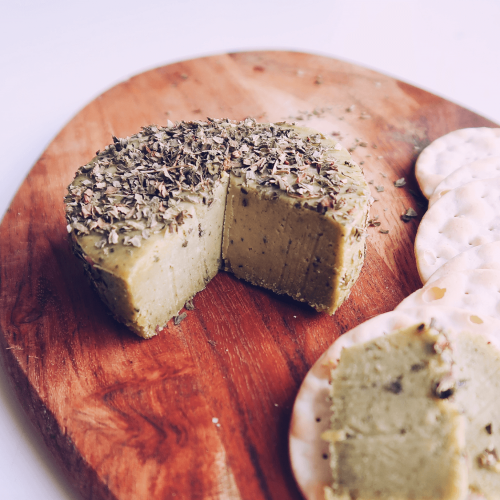 Dairy UK, “the Voice of the UK Dairy Industry” who represent 85% of UK milk production, expressed member concerns over Brown’s company title, naming it “misleading to the consumer”. The concerns were pushed further by company lawyers, accusing the startup of being “deceptive” and “unlawful”, and proceeded to instruct the Trade Marks Registry to halt the registration.

Brown found the accusations “laughable”. She said, “It literally says all over that my cheese is made from nuts”. Since her company is “so small”, and threatens “miniscule” amounts of sales, Brown believes, “It must be pretty bad for the dairy industry if they’re trawling through trademark applications to find products with the word ‘cheese’ in them”.

The obstacle hasn’t appeared to slow her down as her products continue to make an impact. Brown told New Statesman that “the overwhelming feedback I get is that it tastes delicious”.

Brown appears unconcerned, stating: “The dairy industry made me change my name. They won that battle. But they can’t stop me from producing my dairy-free products”.