Six-time cancer-surviving scientist Professor Jane Plant doesn’t eat dairy – and she claims that it’s her diet that helped her put her breast cancer into remission twice.

Professor Plant — a geochemist who specializes in environmental carcinogens — first fought breast cancer in 1987, the Telegraph reports. In 1993, her cancer returned for the fifth time in the form of a tumor half the size of an egg; doctors told her she had only a few months left to live.

Professor Plant and her husband Peter, a geologist, had both worked in China over the course of their careers and were familiar with the historically low rates of breast cancer among Chinese women – one in 100,000 compared to one in 12 for Western women, according to a study from the 70s.

She and her husband figured that higher cancer risks may have had to do with diet – specifically, dairy. “He pointed out at that time they did not have a dairy industry. It was a revelation,” she said.

The 2005 book “The China Study,” written by Dr. T. Colin Campbell and his son Dr. Thomas M. Campbell, evaluated not only the low cancer rates among those living in rural China, but also chronic illnesses like heart disease and type-2 diabetes. The authors concluded that a diet rich in plant-based food lowers the risk of these health issues.

Professor Plant — who already ate few animal products — cut all dairy out of her diet while undergoing chemotherapy. Within six weeks, the lump disappeared and she remained cancer-free for 18 years. She developed the Plant programme, a plant-forward, dairy-free diet, and wrote a book about her experience, “Your Life in Your Hands: Understanding, Preventing, and Overcoming Breast Cancer.”

When Professor Plant’s cancer returned again in 2011, she had a feeling that — once again — it was to do with eating dairy. She adopted a plant-based diet, and her cancer went back into remission. While she is not dismissive of medical cancer treatments like chemotherapy and mastectomies, she believes that diet can help or hinder people.

“We have all been brought up with the idea that milk is good for you. But there is evidence now that the growth factors and hormones it contains are not just risky for breast cancer, but also other hormone-related cancers, of the prostate, testicles, and ovary,” she said.

“Cows’ milk is good for calves – but not for us,” Professor Plant added.

“Cow’s milk [organic or otherwise] has been shown to contain 35 different hormones and 11 growth factors,” she continued. “This means that a vegan diet is lower in cancer-promoting molecules and higher in the binding proteins that reduce the action of these molecules.” 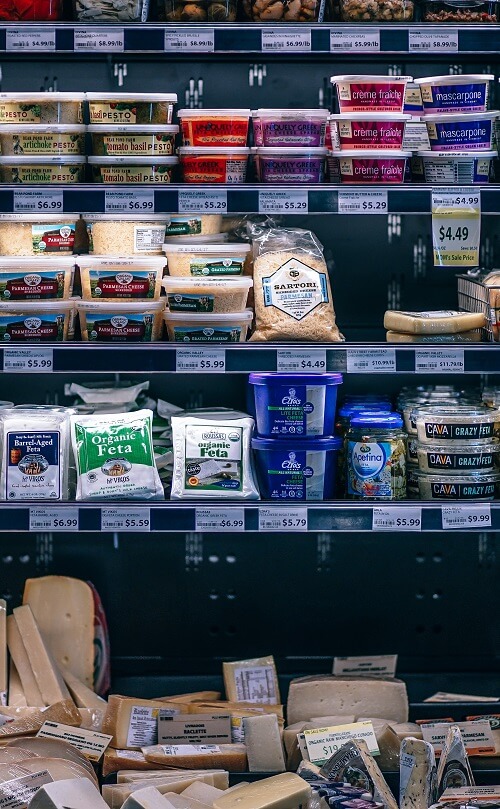 But PCRM (Physicians Committee for Responsible Medicine) — a nonprofit organization of more than 12,000 doctor members — highlights the health risks associated with dairy. Milk and cheese are high in saturated fat, which has been linked to heart disease, type-2 diabetes, and Alzheimer’s.

Dr. Kristi Funk, the author of “Breasts, An Owner’s Manual” whose patients include actors Angelina Jolie and Ellen Pompeo, also believes that dairy increases the risk of cancer. “It is crystal clear that the body’s cellular response to animal protein and fat is nothing but dangerous,” she said.

Like Professor Plant, Dr. Funk believes a plant-rich diet is best for lowering the risk of developing the disease.

A growing body of medical studies show that a whole foods vegan diet — which avoids all animal products and highly processed foods — is one of the most effective ways to combat chronic disease.

Professor Plant’s second book, “Beat Cancer: How to Regain Control of Your Health and Your Life” provides simple swaps for dairy, like vegan milk, nondairy yogurt, and plant-based cheese.