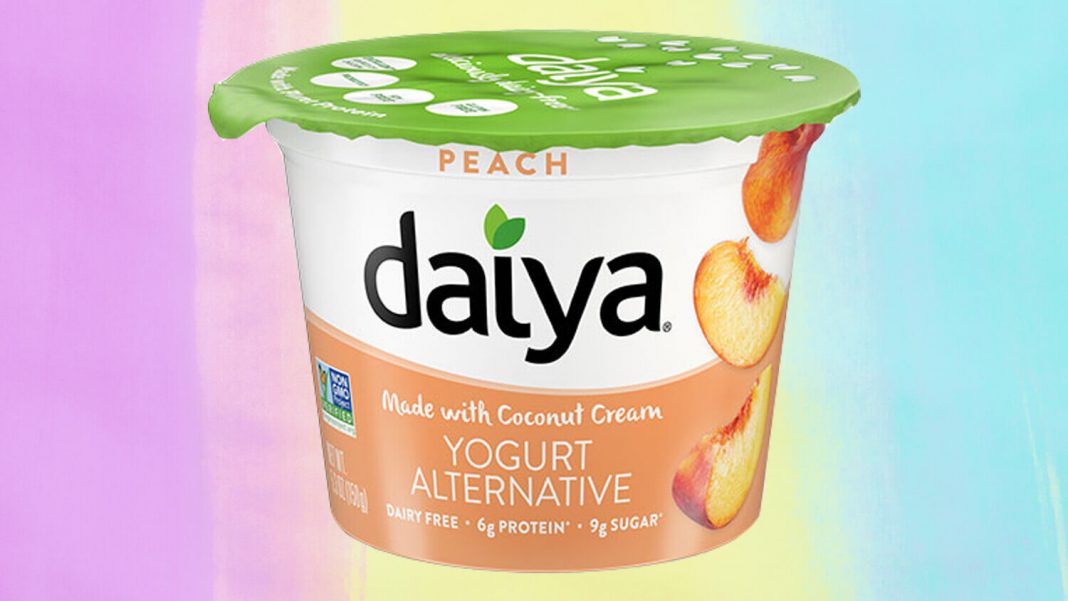 The new non-dairy yogurts are a reformulation of the Daiya’s existing range and are fortified with vitamin B12, vitamin D, and calcium. Flavors include Peach, Vanilla Bean, Strawberry, Blueberry, Black Cherry, and Plain. The fruit flavors, sweetened with whole foods and cane sugar, contain 50 percent less sugar than the average vegan yogurt and each cup contains 6 grams of protein.

“Consumers are making more mindful choices when it comes to food and we know that sugar reduction is a top priority for them,” said Michael Lynch, Interim CEO at Daiya, in a statement. “We found that the majority of fruit-based dairy-free yogurts had an average of 17 grams of sugar per serving. We wanted our reformulated line of yogurt alternatives to be a delicious tasting option for those looking to make an easy shift.”

Sixty-three percent of adults say that they eat yogurt for the health benefits, according to a recent survey of 1,000 adults conducted by Daiya. Seventy percent eat yogurt three times a week or more. The same survey uncovered that 44 percent of adults are interested in trying vegan yogurt.

New look, new recipe! You'll love our #plantbased Yogurt Alternative, now made with a coconut cream base and only 9 grams of sugar per serving in the fruit flavor varieties (and only 3 grams of sugar in plain). Deliciously #dairyfree. Find your nearest grocer. Link in bio.

Sales of vegan yogurt reached new heights last year, increasing by more than 66 million pounds, according to recent data from market research firm Fact.MR. A previous study indicated that non-dairy yogurt sales are expected to reach $7 billion by 2027 as more consumers opt for plant-based food for reasons related to health, the environment, and animal welfare.

“We are always listening and working towards making the best tasting products on the market, and if that means reformulating our products to make them the best then that’s what we do” Lynch added. “Plant based food is evolving and growing as more people embrace this lifestyle and we want them to know that Daiya is here to support them on this food journey.”