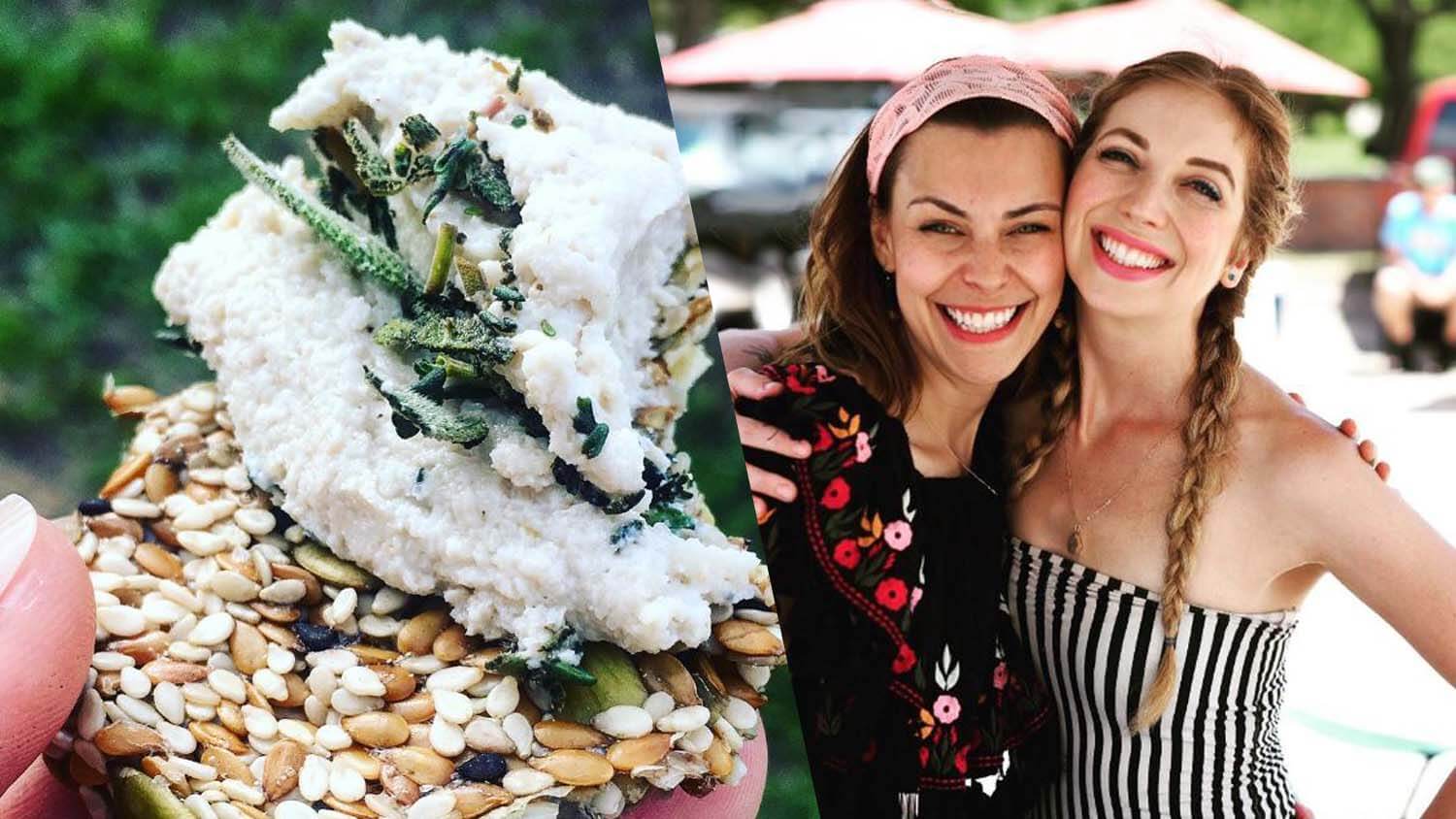 Dallas-based Radix Foods is a female-owned, plant-based food operation making vegan cheese with cashews and a concern for social justice.

The company, which celebrated its one-year anniversary this month, is co-owned by Julianna Bradley and Whitney Amber Kendall.  “It’s not just about food — it’s about social justice,” Bradley told the Dallas Observer. “‘Radix’ is the Latin word for ‘the root cause, or the root source.’ The root of all health is our diet. It also ties back to eating rooted foods, that have been grown in the earth. And it’s about being rooted in a positive change and a vision we have for a more just world.”

Bradley decided to ditch animal products six years ago after developing MRSA, making her resistant to several widely-used antibiotics. Battling an autoimmune disease, she became increasingly health-conscious and “started to see how many medical issues are tied back to food;” a claim supported by a growing body of medical expertise suggesting that a vegan diet can both prevent and cure many physical ailments. Bradley concurs, “I basically healed myself by cutting out things in my diet over the course of a year and a half…I felt and looked so much better. My overall outlook on life was better.”

Have you ditched the dairy but still crave cheese? We know the feeling, and we’ve got you covered. When folks try our Dream Cheese the first thing they say is, “Finally! A vegan cheese that tastes REALLY GOOD.” ▫️ Snag our signature cheeses by sending us a DM. If you’re in the Dallas we’ll bring them to you for no extra cost! We have plain and garlic/thyme cheeses, sold in a 6 oz reusable glass jar (we love the earth so we avoid single use plastic when possible). Each jar is $10, and for each jar you return to us we’ll take a dollar off your next purchase. ▫️ Know of an event or pop up we should be at? Let us know! We are always looking for more ways to spread the vegan cheese love. ?❤ #vegancheese #dallasvegan #dfwvegan #plantbasedcheese #dreamcheese #ditchdairy #dallas #smallbusiness #womenowned #veganislove

Bradley also became impassioned by the social justice inequities occurring in rural Mississipi where she worked. She was concerned by the clear intersections of poverty and racism. She also noted the“big issue” of food insecurity, because “Even though it’s a rural place, with farmland, it’s corporate-owned.”

To combat this, Bradley and Kendall sought to bring locally-produced, accessible vegan food to Dallas, “where there aren’t a lot of vegan options readily available.” The pair became expert in creating plant-based, mostly raw, and probiotic food that people love, “even people who don’t like vegan food.” Kendall had similar success bringing vegan food to the mainstream when she worked at Trinity Hall. After she insisted on creating a vegan menu, the eatery’s sales increased by twenty percent.

Radix will be selling its cashew-based cream cheese and chocolate cheesecake at the Texas Veggie Fair, located in Reverchon Park, on October 27th. The owners then hope to bring Radix cheese to local shops and “get a steady production line going throughout the city,” bringing vegan cheese and social justice to everyone in Dallas.