Trejo’s Tacos — a Mexican restaurant chain owned by Hollywood actor Danny Trejo — has added vegan Beyond Meat to the menu.

The chain has partnered with the California-based brand to create two new dishes: the Beyond Asada Taco and the Beyond Burrito. Similar to the steak version, the new plant-based taco includes verde slaw, citrus marinade, and pepita pesto. The burrito will include Beyond Meat and vegan cheese.

Trejo’s Tacos has seven locations in and around Los Angeles. It also offers vegan cauliflower tacos, jackfruit tacos, and a jackfruit burrito.

Trejo — who has made more than 70 movies — isn’t a vegan or vegetarian. He once joked to LA Mag, “I think it’s against the law for a Mexican to be vegetarian.” However, he does have an appreciation for plant-based foods and added vegan options to his menus in a bid to cater to everybody.

He said in a video for the LA Times last year, “when you’re in the industry, the entertainment industry, inevitably someone’s going to say: I’m vegetarian, I’m vegan.“ 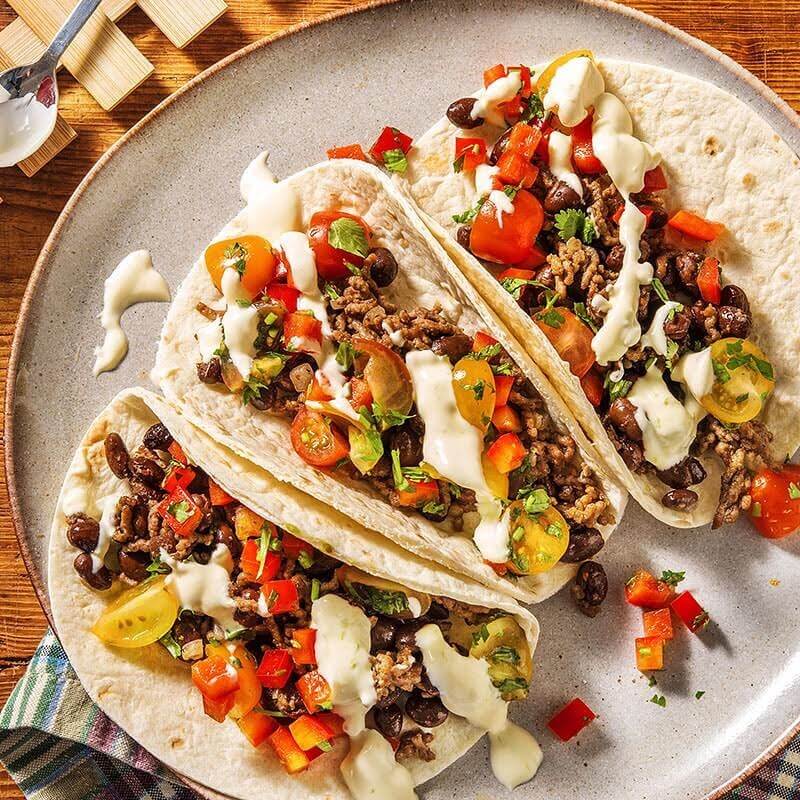 Trejo’s Tacos new vegan options include a Beyond Meat taco, similar to the steak version. | Beyond Meat

Trejo’s Tacos is not the only restaurant chain to partner with Beyond Meat. The plant-based brand has hit headlines on a number of occasions recently for partnering with fast-food chains, including Subway, Tim Hortons, Del Taco, and KFC. For the latter, it created its own plant-based Beyond Fried Chicken. The vegan meat was popular on the day of its trial. Customers were even queuing around the block for a taste.

Through its partnerships, Beyond Meat is on a mission to change the world of food. “We believe there is a better way to feed the planet,” it notes on its website. “Our mission is to create [the future of protein] — delicious plant-based burgers, sausage, crumbles, and more — made directly from simple plant-based ingredients.”

It continues, “by shifting from animal to plant-based meat, we are creating one savory solution that solves four growing issues attributed to livestock production: human health, climate change, constraints on natural resources, and animal welfare.”