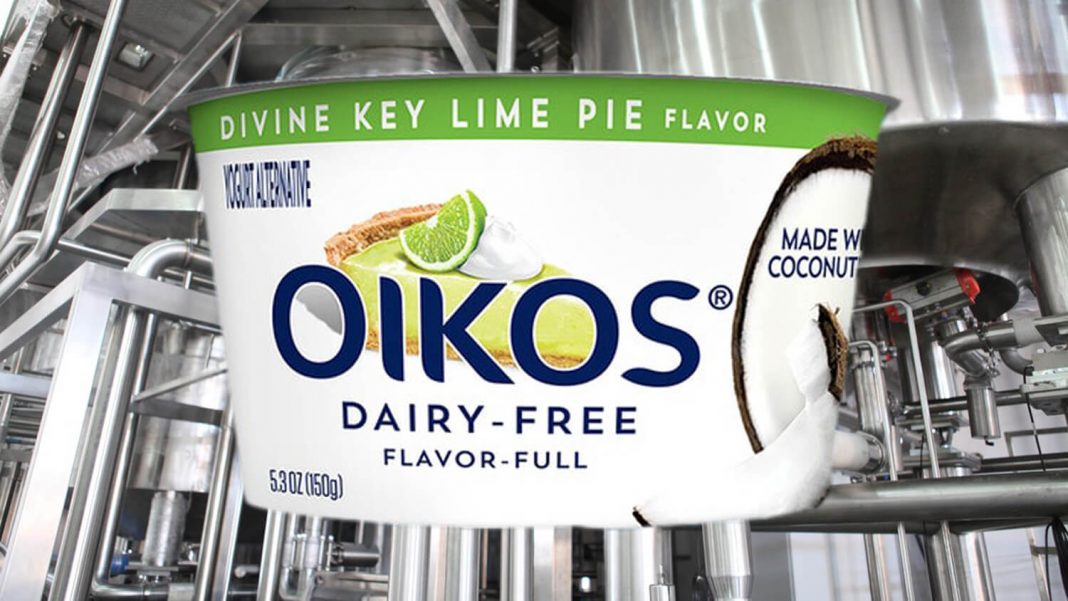 Global French food giant Danone cut the ribbon for the largest yogurt factory in the U.S. this week.

Ready for cooler weather, but just can't let summer go? Our new Pineapple Brulee yogurt has you covered! Tangy, tropical pineapple and rich, creamy brulee, it's the best of both! ??

According to the company, one-third of the country’s population is flexitarian. A survey conducted by YouGov on behalf of dairy-free brand Kite Hill last January revealed that 44 percent of consumers are interested in trying vegan yogurt and cheese.

Chad Stone, plant director at Danone North America’s DuBois facility called the facility a “priority,” adding: “Many people who enjoy our products look for plant-based options because they are interested in lessening their impact on the environment through diet.”

Danone, which owns dairy brands such as Dannon, Activia, Wallaby, and Oikos, dived into the plant-based market when it acquired WhiteWave Foods, parent company to Silk, Vega, and So Delicious in 2016. The French food giant credited vegan food sales for its revenue spike last April and later revealed that it plans to triple sales in the category by 2025.

“Our growth strategy focuses on valorized innovations to address some of the fastest-growing trends, notably among the younger generations,” said Danone chairman and CEO Emmanuel Faber.

The vegan Oikos yogurt launch follows a hint from executive vice president of Danone’s dairy and plant-based business, Francisco Camacho last June, that the company would launch vegan yogurt under an existing dairy brand. “We didn’t add plant-based to only have an offering on one side,” he said, referring to the WhiteWave acquisition.

According to Stone, Danone will take steps to make the new factory more sustainable, such as reducing electricity consumption by switching to LED lights and minimizing waste and water usage. 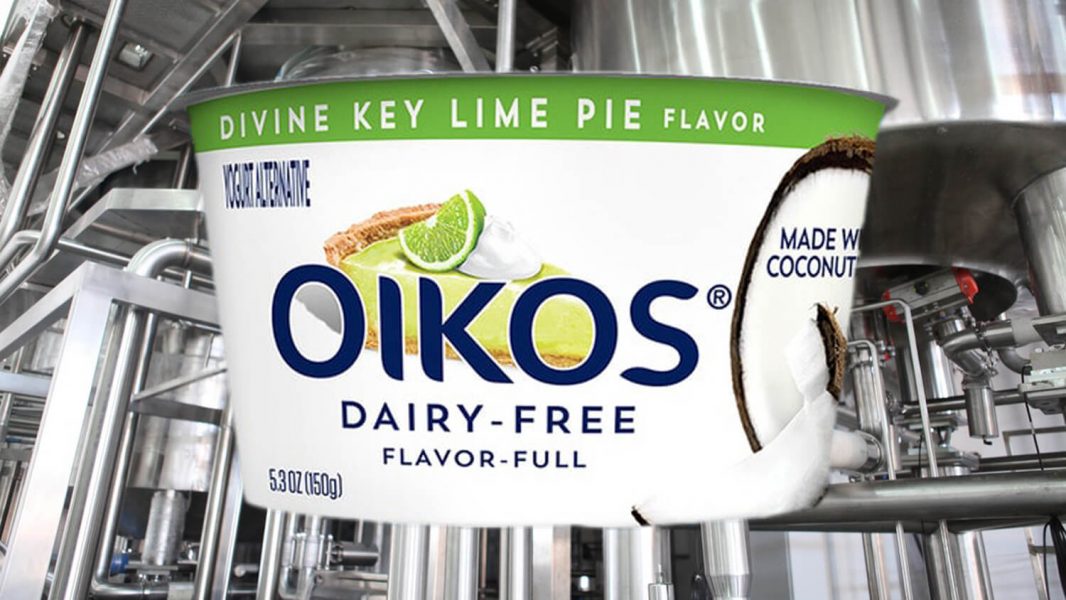