Sir David Attenborough is teaching quarantined kids about geography and animals for the BBC.

The British network just launched a virtual learning program—called Bitesize Daily—on Monday. The new 14-week curriculum-based learning program teaches U.K. students who are out of school due to coronavirus. The program includes hundreds of lessons taught by more than 200 reputable teachers.

“We’re proud that the BBC can bring together so many people to offer such a wide-ranging package of support to help children and parents right across the UK at such a challenging time,” Alice Webb, Director of BBC’s Children’s and Education, said in a release.

She continued: “We said the BBC would be there for people through this crisis, and we meant it. It’s vital that every child is able to continue learning – and the lessons we’re putting on will make sure they have fun at.”

Attenborough, an English broadcaster known for natural history documentaries like “Our Planet,” will teach students about the world’s oceans, animal behavior, and geography, the BBC reports. 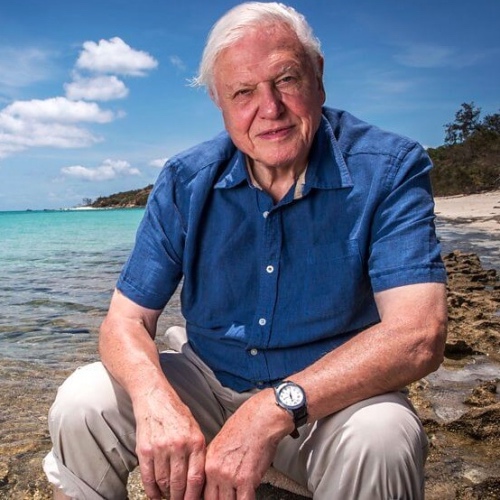 “I can’t remember the last time I had a piece of red meat,” he told BBC One last year.

He added: “I can’t tell you why. I suddenly realized I hadn’t been eating red meat for a long time. I’ve just gone off it. I’m not claiming any moral virtue at this point—I’m just saying I don’t want to eat any red meat anymore.”

In a 2019 Radio Times interview, Attenborough said that although omitting meat from your diet might not be easy, it’s an incredibly important change to make for the wellbeing of the world.

“I haven’t been a doctrinaire vegetarian or vegan, but I no longer have the same appetite for meat. Why? I’m not sure. I think subconsciously maybe it’s because of the state of the planet,” he said.