Brits must cut their beef, lamb, and dairy consumption by 20 percent, says a new environmental report.

The Committee on Climate Change (CCC)—which advises the UK government—has released a new report. It recommends a number of measures to reduce the country’s greenhouse gas emissions.

It proposes increasing the UK’s forestry cover from 13 percent to at least 17 percent by 2050. The report also proposes restoring half of upland carbon-absorbing peat bogs.

It will also free up land, previously used for cattle and sheep, for energy crops. The CCC wants to expand crops grown to be burned for energy to around 23,000 hectares every year. Sustain—an alliance for better food and farming—has criticized this plan. 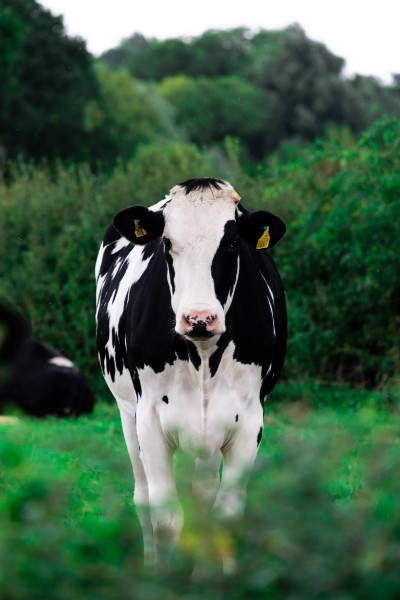 The UK wants to reduce land used for cattle and sheep.

“The emphasis on freeing up some land for forestry and peatland restoration makes sense, given the potential carbon storage and adaptation potential. However, carbon is not the only crisis facing us,” said Vicki Hird, the sustainable farming coordinator for Sustain, in a statement.

“The emphasis on more monoculture energy crops to feed power plants is dangerous,” she continued. She added that a “blinkered approach” could damage biodiversity, ecosystems, and food security. “There is also a clear risk of offshoring our food-related ecological footprint and emissions if we have to import more food,” she noted.

Hird stated that Sustain “welcomes the suggestion on dietary action.” However, it believes the ambition of the committee is “low and narrow.”

The CCC report warns that if people do not reduce their consumption by 20 percent willingly, the government may consider implementing higher taxes on dairy and meat products. It added that public bodies should offer plant-based options at every opportunity.

The CCC’s chief executive Chris Stark told the BBC, “we can’t meet the government’s 2050 net-zero targets without major changes in the way we use the land, the way we farm, and what we eat.”

Environmentalist George Monbiot also believes the report does not go far enough. He told the BBC, “the level of ambition is in no way matched to the scale of our climate and ecological emergencies.”