Asda, the second largest supermarket chain in the UK, has introduced a dedicated vegan section in its stores.

The UK’s leading supermarket chains are eager to keep up with consumers’ changing buying habits. Most large retailers are rapidly producing new vegan products and some are even introducing dedicated vegan-only sections in their stores.

Asda’s latest effort sees the supermarket giant signposting freezers stocked with only plant-based food beside ones with vegetarian products.

The move not only makes it easier for shoppers to find vegan options but brings plant-based, cruelty-free living into the mainstream market. 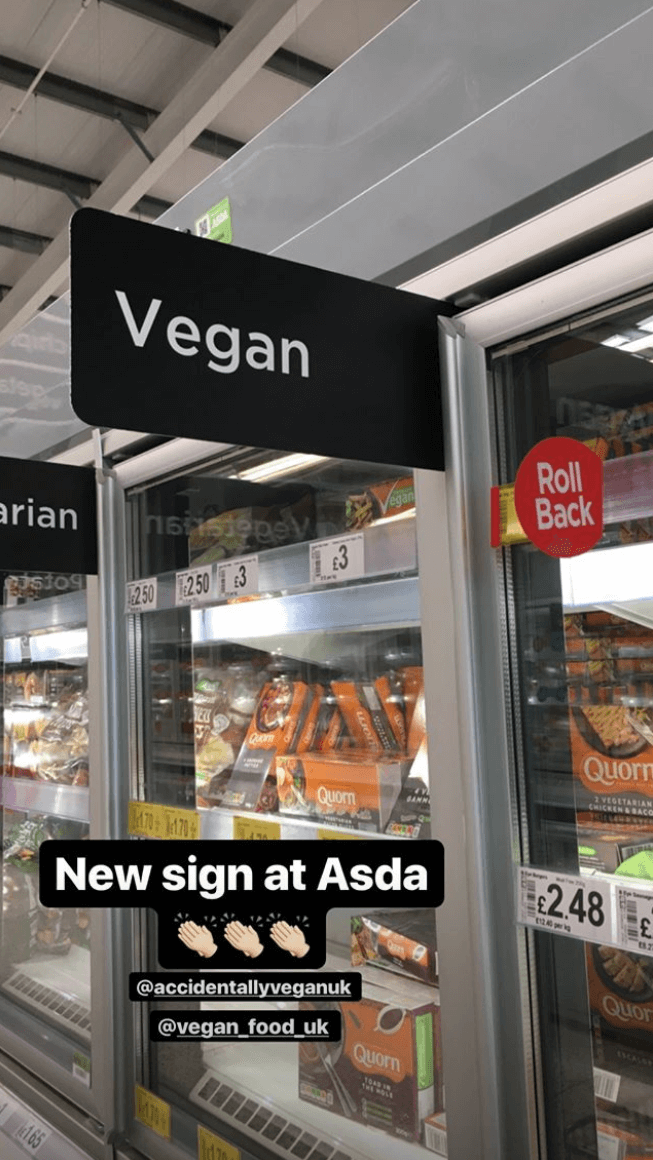 Asda now has vegan freezers in its stores | @plant_based_demon

Last year in January, Waitrose became the first major supermarket chain to launch a dedicated vegan section, following the news that the chain had expanded its plant-based range by 50 products. Chloe Graves, vegan and vegetarian buyer for Waitrose, explained that the move was inspired by demand. “Our current selection of products has been selling really well week after week. With requests for more choice coming from our customers and partners, we could clearly see there was an appetite to have more vegetarian and vegan options in our shops,” she explained.

Later that year, supermarket chain Iceland announced it would also launch a vegan section in its stores.

Iceland’s head of development Neil Nugent said the company is excited about the change due to the “phenomenal” success of its No Bull Burger, a vegan meat patty that closely takes after beef. “It’s outselling our wagyu burgers and we’ve not advertised it, it’s all been social media,” Nugent said, later adding, “we have to follow that trend as customers are demanding it.”

One researcher, Tom Milner, recently revealed that the number of vegans in the UK has doubled every year since 2011. If the movement maintains its momentum, 15 percent of the country will eat only plant-based food by 2030, he said. Milner noted that a demand decline of that severity would make it “very difficult for any animal product based business to survive.”