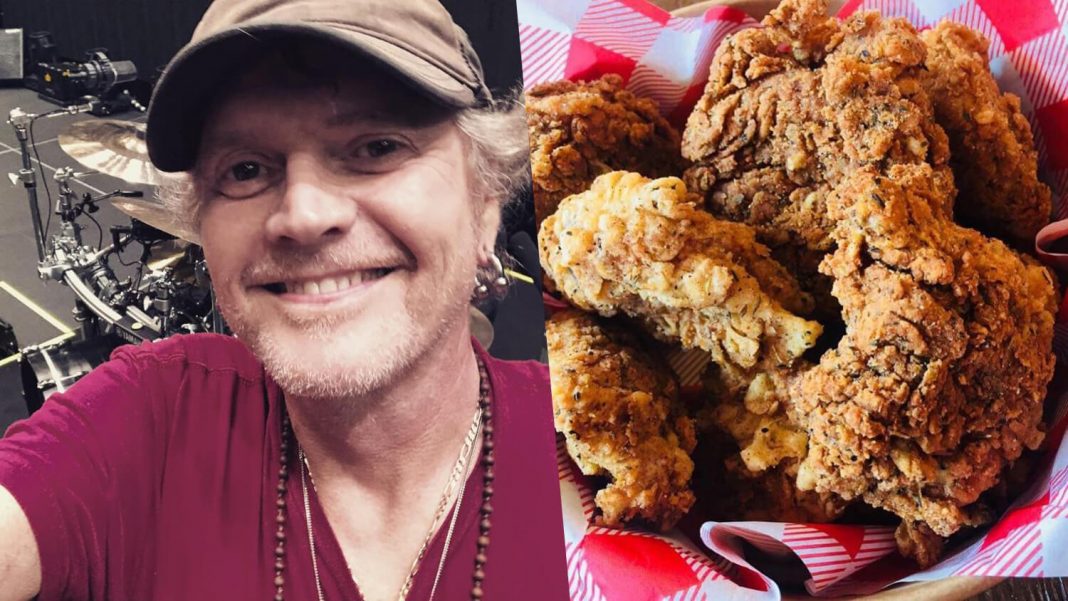 English rock band Def Leppard recently performed at the Metro Radio Arena in Newcastle. Their pre-show snack, according to Chronicle Live, was a bucket of southern fried vegan chicken, a “fricken” classic burger with vegan cheese, and a portion of vegan hot wings.

Contrasting with the image of typical rock stars, the members of Def Leppard are reportedly health-conscious. They are also ethically-minded, Rick Allen and Phil Collen, the drummer and lead guitarist of the band respectively, are both plant-based. Earlier this year, Allen even launched a vegan luxury handbag line named BonSac.

Currently, however, Allen’s focus is on the music – and keeping himself sustained with vegan junk food – as the band performs around the UK on their 2018 Hysteria Tour.

The staff at Newcastle vegan eatery Junk it Up were overwhelmed after initially receiving the order from the band. Despite catering to big names frequently, according to co-owner Kerry James, the members of Def Leppard are their most famous customers to date.

“We have a great relationship with the Arena and the Academy and have cooked for a lot of famous bands and acts in the past, but this by far is the biggest band we’ve been asked to do food for,” James explained.

“We couldn’t believe it for a second,” she added. “Def Leppard are absolute rock legends, and the whole team [was] so excited to be making food for them, especially vegan junk food.”

Located in Newcastle City Centre, famous customers like Def Leppard are helping new bar Junk it Up convince people that vegan food doesn’t have to be “boring.” According to James, the eatery is rising in popularity as curious meat-eaters pop in for a bite of vegan southern fried chicken or plant-based jumbo hot dog.

“We are getting customers who eat meat, but who are open to eating vegan food as well,” she noted. “We set out to show that vegan doesn’t have to be boring, and stereotypical leaves on a plate, and we think we’re achieving that.”

She concluded, “The response [to Junk it Up] has been overwhelmingly positive, and people are open to the idea that good food is good food.”