Along with toast, coffee, and the occasional Alka-Seltzer, eggs are the most iconic of breakfast foods. Whether scrambled, fried or coddled, the humble egg is a morning meal staple for people all over the world.

What Is the JUST Egg? 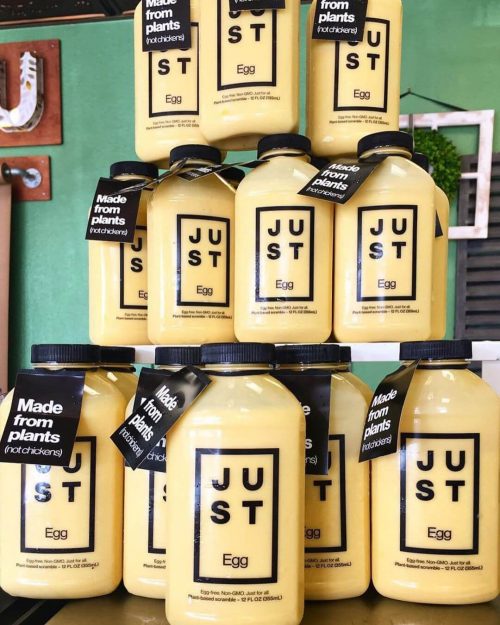 JUST egg at the Clover Mint Cafe in Florida. | image/JUST

Due to the dramatic increase of vegan, vegetarian, and flexitarian diets in recent years, the plant-based egg market has become a booming business. According to global market intelligence firm, Fact.MR, the global vegan egg and egg replacer market will be worth a hefty $1.63 billion by 2028.

JUST has responded to the market demand by creating its signature JUST Egg product. This completely vegan egg product comes in liquid form in pourable 12-ounce bottles and can be used anywhere you would use whisked eggs. Time Magazine even named it one of the smartest sustainable products of 2018.

The JUST Egg was launched in the company’s native San Francisco in December 2017 after four years in development. After being trialed in San Francisco’s Flore restaurant and being dished up in JUST Egg patty form by several food service companies, the liquid egg was rolled out to retail in September last year. In the first four months, the cruelty-free egg proved to be so popular that JUST reports selling 2 million bottles. In some cases, it even outsold chicken eggs.

Founded in 2011 by CEO Josh Tetrick and HSUS (Humane Society of the United States) vice president Josh Balk, JUST is an environmentally-focused company on a mission to provide healthy and sustainable food to everyone. A key part of their model is creating plant-based versions of common products, such as salad dressings and mayonnaise.

JUST explains its mission to feed the world on its website: “The world does not believe it’s possible to have healthier, sustainable food that is also affordable and delicious. That keeps anyone from even trying. We are trying to change that mindset. We started with this idea that we would build a food system that makes it really easy for people to eat well.”

It goes on to note: “The interest was finding plants that, because of their health, sustainability impact and potential to make delicious food, will help us achieve our mission.”

What Is the JUST Egg Made From? 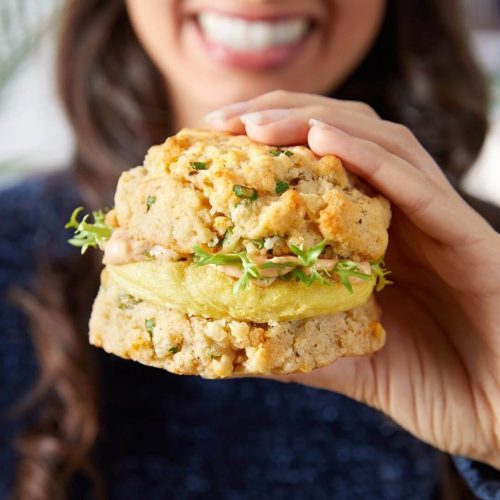 The JUST Egg is made from plant-based protein.

JUST’s hotly-anticipated product is a vegan, liquid egg crafted from ingredients like mung bean protein isolate. The versatile pulse hails from Asia and packs a serious protein punch: a single serving of JUST Egg (3 tablespoons is equivalent to one chicken egg) provides a hearty 5 grams of plant-based protein.

Along with the 4,400-year-old mung bean, JUST Egg contains vegan ingredients like soy lecithin, canola oil, and onion puree. Turmeric extract gives the product its authentic yellow color. Stocked in BPA-free plastic bottles in the refrigerator aisle, you’d be forgiven for mistaking this product for a thick banana shake. However, we don’t recommend topping with whipped coconut cream. JUST Egg is considerably more appetizing when scrambled. Or indeed when made into French toast, quiche, omelets, egg patties or in any dish you would typically use blended chicken eggs. The company provides recipes and cooking tips on its website.

What makes this GMO-free product unique is that it is ready prepared and can be poured directly from bottle to pan. This differs from other vegan eggs, which come in powder form and require some assembly. JUST Egg doesn’t require whisking. 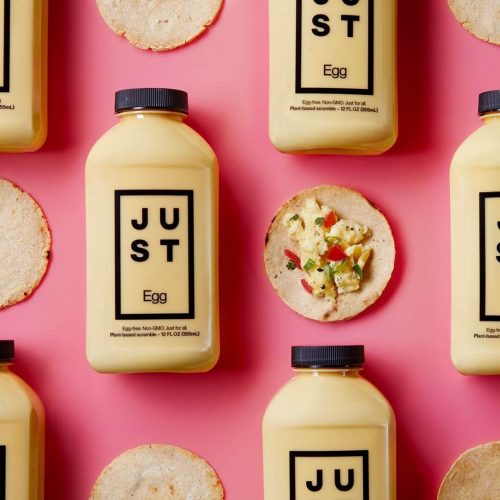 The JUST Egg is available across the U.S.

JUST has been busy forming partnerships with various worldwide retailers and eateries. While the product has not yet been launched at all the stores it has contracts with, plans are in development.

In North America, customers can currently get their hands on JUST’s liquid gold at the grocery stores below.

Safeway; the nationwide chain has over 1,300 stores and stocks JUST Egg in the chilled aisle.

Wegmans; JUST Egg retails at $7.99 in the chain’s stores spread across six states.

Fairway; The east coast-based supermarket offers the JUST Egg at all 15 stores.

It’s also available at regional chains throughout the US, like Gelson’s, Albertsons, New Seasons Market, HY-Vee, and the Sacramento-based Nugget Markets. JUST has a handy store locator on its website where you can view which products are available near you.

Can You Buy the JUST Egg Online?

As a company with its finger on the pulse (in this case, mung beans) JUST joined forces with the entrepreneurial developer, Amazon Launchpad, which offers marketing expertise to emerging brands, last September. This means that the liquid vegan egg may soon be available through Amazon.

Last year, JUST announced that it had also made a deal with online retailer Jet, with plans to roll out its vegan egg being imminent.

Can You Buy the JUST Egg in Europe?

In 2018, JUST formed a partnership with leading egg industry distributor the Eurovo Group and German poultry giant PHW Group to distribute JUST Egg throughout Europe. The bottled vegan eggs will be stocked alongside chicken eggs in European stores this year, giving omelet fans a plant-based option for starting their day. Following in the footsteps trendsetting plant-based giant, Beyond Meat, JUST has decided to make its product accessible rather than niche and effectively introduce analogue eggs to the masses.

Is the JUST Egg Available in Asia?

People in Asia got the lowdown on JUST’s vegan egg before the US. In Hong Kong, bottles of the mung bean-based egg were rolled out in the plant-based plaza, Green Market in January 2018. Luxury hotel Grand Hyatt Singapore has also been treating patrons to JUST Egg since October 2018.

Which Restaurants Serve the JUST Egg? 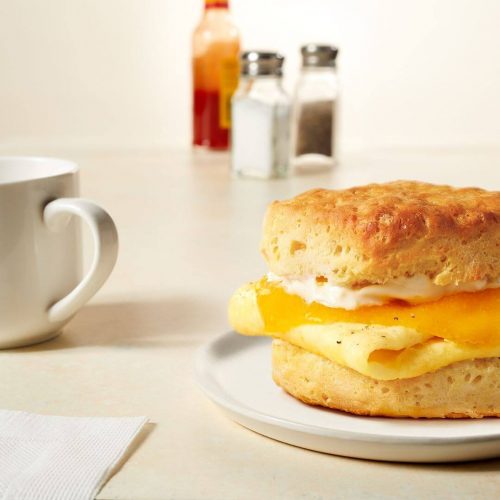 More restaurants are starting to serve the JUST Egg

Veggie Grill; The US vegan fast-casual food chain serves JUST Egg in all its 30 locations and the wonderstuff forms a key component of its all-day vegan breakfast burrito. The scrambled JUST Egg is added to other plant-based ingredients such as vegan chorizo, vegan cheddar and black beans which are all wrapped in a toasted tortilla for the bargain price of $10.95.

Steve Heeley, the CEO of Veggie Grill, commented on the new partnership with JUST Egg by saying: “As a company offering innovative plant-based cuisine, we constantly seek partnerships with like-minded brands that are bringing craveable and new plant-based foods to market.”

Equinox; based in Washington DC, this restaurant has been serving up JUST Egg since last June. 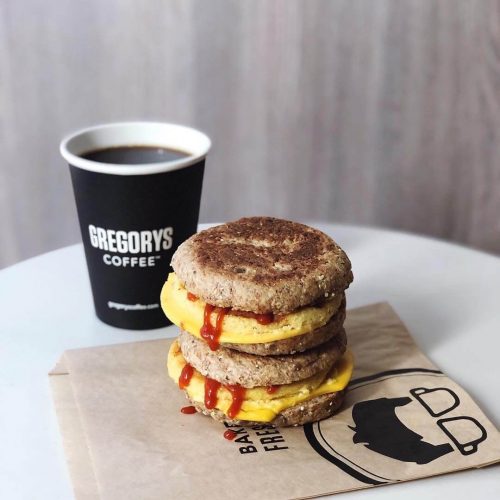 Flore; the JUST Egg debuted at this San Francisco restaurant in 2017. They should really have a plaque up somewhere.

Silver Diner; locations across Maryland, Virginia, and New Jersey serve a vegan eggless Benedict. The JUST Egg is also available for substitution in other egg dishes.

The JUST Egg has also featured on the menu at several pop-ups and independent eateries. One such example is the Winter Park Biscuit Company popup at Lineage Coffee Roasting in Orlando. Last August, vegan egg fans were apparently queuing up around the block for a taste of the “Sasage JUST Egg & Cheez,” breakfast sandwich created by Ellie Goulding and former Blink-182 chef, Mary Mattern.

You can also order a vegan scrambled egg bowl made with the JUST Egg at Disney World’s Centertown Market.

The JUST Egg patty has also been tickling vegan taste-buds in schools, hospitals, and arenas thanks to food service companies Aramark and Sysco having partnered with JUST.

The JUST Egg is also now available at bakery-restaurant Le Pain Quotidien in the form of a frittata. A JUST Egg patty is also available at convenience chain Rutters.

As a company that believes in people-power just as much as plant-power, JUST encourages its customers to demand (or politely request, depending on their personality) JUST Egg at their favorite retailers and restaurants. They even have a page on the website where you can print out request tickets to hand into your establishment of choice. 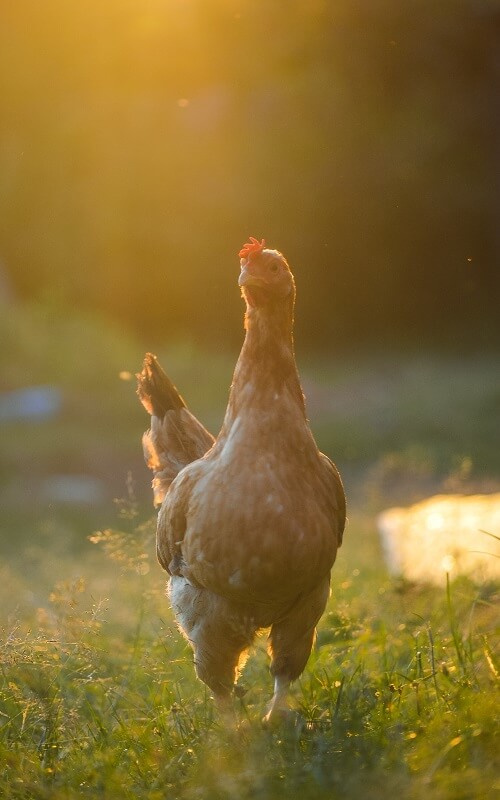 The benefits of opting for a plant-based Benedict range from improved health to reduced carbon emissions.

Healthwise, new research has shown that eggs are not good for us, which contradicts the egg industry’s widespread claims. Chicken eggs are high in cholesterol, with a single egg containing 373mg of the substance, which has been linked to health conditions such as heart disease and stroke. To put this in perspective, that’s more than twice what you’d find in a Big Mac. On the other wing, the JUST Egg is cholesterol-free.

Research into the health benefits of eggs is increasingly showing that their consumption is linked to conditions such as heart disease and diabetes. A study published in Atherosclerosis reviewed 14 studies into eggs and concluded that people observed eating high numbers of eggs had a 68 percent increased risk of developing diabetes.

According to the FDA, beneath the shell, an egg can contain salmonella and bacteria, which no amount of poaching will remove.

A Spanish study conducted by the University of Oviedo last year analyzed the effect of intensive egg production on 18 environmental categories. These categories included key ecological areas such as ozone depletion, climate change, terrestrial acidification, human toxicity and land occupation. The study showed that the carbon footprint of chicken eggs is similar to that of other animal products such as milk.

According to publication The New Food Economy, a box of a dozen eggs requires four pounds of feed, 636 gallons of water, and a “discomforting amount” of antibiotics to produce. 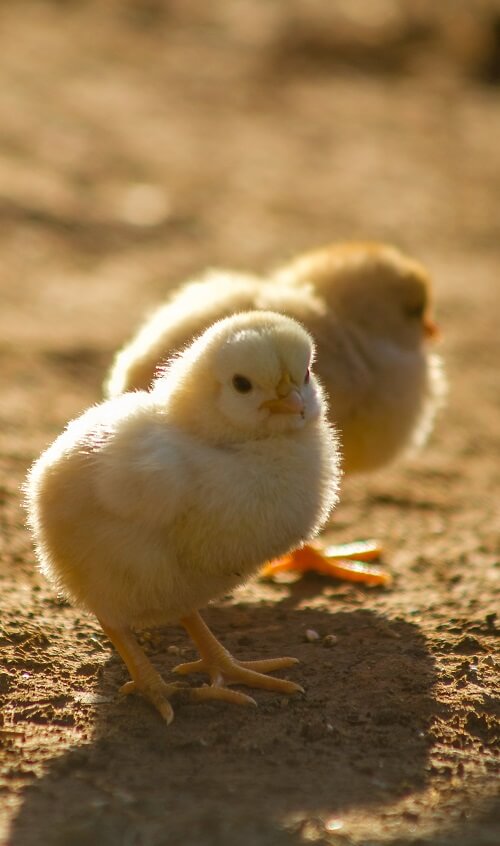 As well as their often appalling living conditions, within the egg industry, millions of male chicks are killed each year. This is because cockerels don’t lay eggs and are therefore worthless to egg companies. In 2010, the Telegraph reported that roughly 40 million male chicks are killed within hours of hatching each year. Making your quiche with mung beans, however, is a cruelty-free way of getting in your daily protein.

Some egg farms have hidden human rights violations. The Frontline documentary “Trafficked in America” revealed that Ohio’s Trillium Egg Farms, one of the largest in the state, had forced undocumented immigrants to work and live in unsuitable conditions. The company smuggled over immigrants from Guatemala in 2015, with some being as young as 14-years-old. Some had traded the deed to their home in order to be brought over to the US in exchange for the promise of an education and $15,000 payment. Trillium Farms’ vice president claimed to have no knowledge of the incident and the company was not charged.

The Department of Health and Human Services found that it was not an isolated incident and there is no telling how many other egg farms have followed the same unethical practice.

Vegan company JUST is still a spring chicken at eight-years-old. Additional US retail outlets, a European launch, and the online rollout are all currently underway.