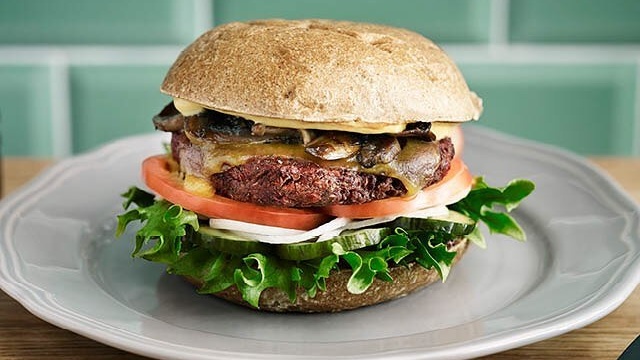 At Halifax, a local burger chain with 10 locations throughout the country, sales of its vegetarian burgers have tripled over the past year. According to Ulrich Dehler, founder and administrative director of Halifax, more than one in every 10 burgers is vegetarian and often, vegan.

“In the ten years that we’ve existed we’ve had two vegetarian alternatives to beef burgers, but sales have always been around 1-2 percent,” Dehler said. “After 2015 sales grew a little, but this year they’ve made a giant leap to 11 percent of our total.”

When Halifax launched 10 years ago, Dehler said that he did not expect the chain’s vegetarian burgers to be such a hit with customers. Now, the restaurant also caters to those looking for a vegan burger by offering dairy-free cheese.

“Back then the idea that beef was problematic was not on the agenda. But now we would rather contribute to creating a shift that is important for the earth’s climate rather than standing in the way of it,” Dehler added.

This change in consumer preference isn’t exclusive to Halifax. Danish branches of American convenience store 7-Eleven, for example, carry more than 60 vegan or vegetarian items. The increase in choice has led more consumers to choose plant-based or veggie products. “After we developed our vegetarian alternatives, 15-20 percent of our sales have moved over to these lines,” said 7-Eleven commercial director Morten Vedel.

American fast-food giant McDonald’s, which launched a vegetarian burger in Denmark six months ago, also reports that customers are increasingly opting for meat-free options. “When we launch a burger like this it’s because there is a demand from our customers – not just in Copenhagen but all over the country. It has become mainstream to want a burger without meat,” said McDonald’s commercial director, Mads Friis.

According to an informal poll conducted by Epinion earlier this year, 55 percent of Danish consumers are consciously cutting out meat at least once a week and 15 percent plan to reduce their meat consumption in 2018. The trend is driven by younger people who are cutting out animal products for reasons primarily related to health, climate change, and animal welfare.