Denver-based brewery, Alteration Brewing Company, has created a vegan milk stout. According to Westword, vegan owner Brendan Pleskow created the dairy-free drink in order to provide vegan and dairy-free customers with a plant-based version that has the same silky finish of a traditional milk stout.

In order to make a vegan milk stout, Pleskow used organic almond meal and organic almond extract to create a rich, creamy, nutty profile found in almond milk. He named the beverage For the Animals.

“We achieved the results through a high mash temperature and long boil to promote long-chain sugars and caramelization,” Pleskow said, explaining the scientific details behind the dairy-free milk stout’s brewing process. “…As well as the use of a low attenuating yeast strain to promote greater residual sugar in the final product.”

A portion of sales from For the Animals will go toward The Humane League, a non-profit organization dedicated to bettering the lives of farmed animals. 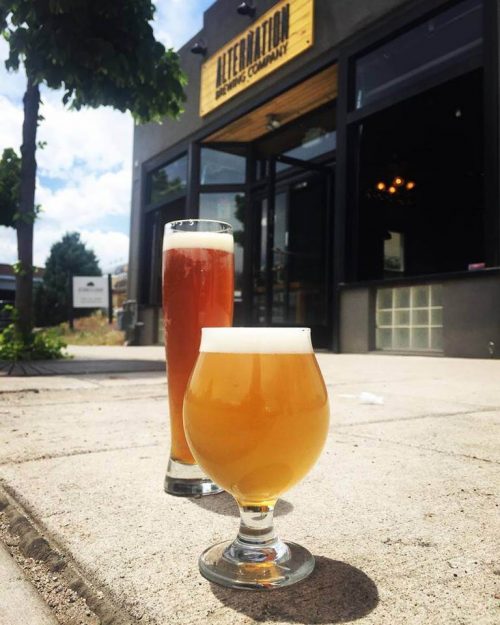 This is not the first time that Pleskow has used his brewery space to promote a compassionate message. He previously worked with the Colorado-based Broken Shovels Farm Sanctuary to raise money for rescued farm animals. He also teamed up with Poser Dogs, a company that aims to open Denver’s first vegan hot dog cart, to help this upcoming business raise enough capital to open. Additionally, Pleskow regularly allows local, independent vegan food trucks to sell plant-based fare to his customers.

As the demand for vegan food climbs higher than ever before, more consumers are also becoming aware of the fact that many beer brands are not vegan by default. Traditionally, an ingredient called isinglass, the bladder of a fish, is used in the filtration process. Guinness famously became vegan by removing the ingredient altogether.

According to one study conducted by digital media company GlobalData, vegan beer is expected to grow in popularity in the coming years, fueled by millennial demand. Alternation Brewing, which opened last year, is just one example of an entirely vegan bar that caters to beer lovers. The vegan Hinterhof German Kitchen and Beer Garden is set to open later this summer in Los Angeles, and a completely plant-based beer hall, Rewild, is about to open its doors in Quincy, Mass.