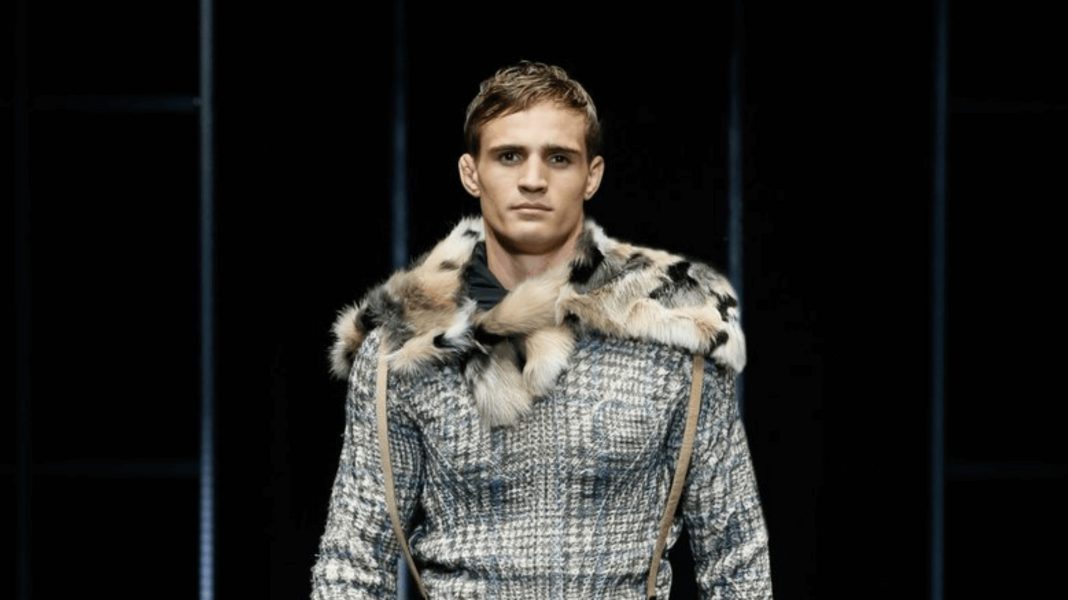 Luxury fashion brand Armani just debuted a men’s vegan fur range at its autumn/winter 2019 show in Milan. Photos from the show reveal that the range features a men’s faux fur coat, boots, and a shawl.

The collection focuses on the “freedom and energy inspired by the animal world,” the brand said, which is helping to “free the urbanite from his geographical constraints.”

Faux fur takes centre stage at the #EmporioArmani Fall Winter 2019-20 fashion show where freedom and energy inspired by the animal world free the urbanite from his geographical constraints #mfw pic.twitter.com/y0PsT75V3k

Armani first ditched fur back in 2016, according to Vogue. Armani said it was “pleased” to make the announcement, explaining that, “Technological progress made over the years allows us to have valid alternatives at our disposition that render the use of cruel practices unnecessary as regards animals.”

“Pursuing the positive process undertaken long ago, my company is now taking a major step ahead, reflecting our attention to the critical issues of protecting and caring for the environment and animals,” Armani noted.

Following the move, Joh Vinding, chairman of the Fur Free Alliance that is campaigning for a world free of animal fur in fashion and other products, named Armani a “trendsetter in the fashion world.”

Vinding explained that Armani’s decision cements the idea that “designers and consumers can have creative freedom and luxury all without supporting animal cruelty.”

An increasing number of fashion labels are moving away from animal fur and skin due to animal welfare concerns.

Whilst the move away from fur is a win for animals all around the world, many of these brands, like Armani, still use other animal-derived materials like wool and leather. However, some designers, like Stella McCartney, are veering toward entirely animal-free fashion in a bid to become fully sustainable and cruelty-free. Several fashion houses, such as NYC-based Haus of Fluff, Unreal Fur, and Shrimps, specialise in faux fur.