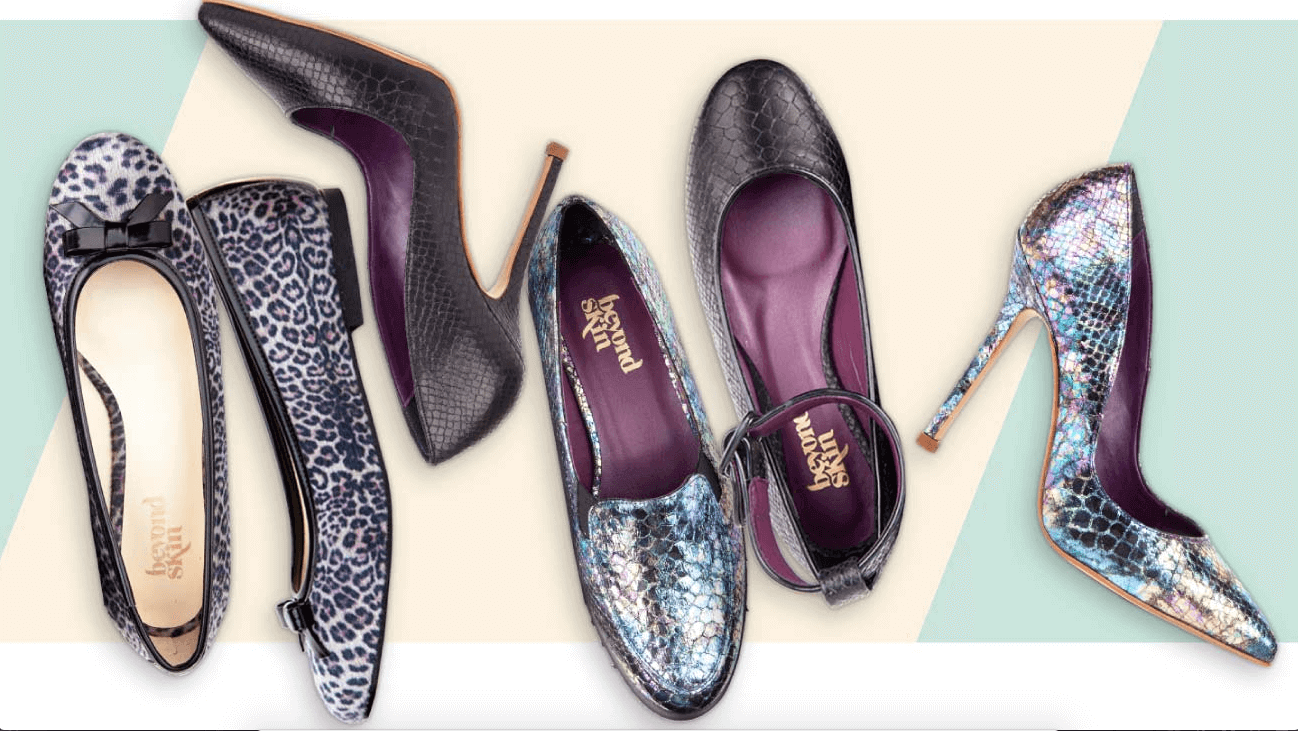 According to PETA, over a billion animals are slaughtered in the global leather trade every year, a number most would agree is huge.

Many people believe that they need leather for various reasons, be it the way a product looks, how long it lasts or how hardy it is, but this is so often not the case. Thankfully, there are many companies making strides in providing cruelty-free alternatives to leather products.

One example is Rebecca Mink of Mink Shoes, who is attempting to challenge the largely unmoving luxury shoe industry, which has shown little change across the board as far as moving closer to cruelty-free products. With more animal-free alternatives, like apple leather, Mink sees an opportunity in the market.

She’s not wrong as veganism has thrived in food and other industries in 2017, with both the percentage of sales increasing and profits reaching the billions. Acclaimed publication Forbes appears to have great confidence in Mink, putting the spotlight on her brand with a warning to Jimmy Choo to ‘watch out.‘

It was a journey for Mink, who couldn’t, at first, even find a factory willing to produce her shoes. However, her Italian, handmade shoes eventually found a home that was willing to move forward, and away from traditional leather. She laughed about the process of introducing vegan methods to non-vegan producers. “You should have seen the factory owner’s face when I said I couldn’t use their glue after they finally accepted me!”

While her brand thrives on its own sales, she makes big money from her custom jobs. Mink has successfully caught the eyes of many A-list and powerhouse celebrities. The likes of Miley Cyrus, Natalie Portman, Pamela Anderson, and Alicia Silverstone have all become fans of the brand. In fact, Cyrus reportedly asked Mink back in 2016 to re-create some of her favorite luxury shoes in vegan form. Mink has even styled Cyrus’ shoes for her judging gig on The Voice.

Celebrity stylist and luxury shoe designer ✨Rebecca Mink✨makes the crazy cool (vegan) shoes you see @mileycyrus wear on The Voice ?, and is the face behind @thekatvond’s much anticipated, avant-garde new animal-friendly shoe line ? …AND… she made my wedding shoes!!! ????? This is by far one of my coolest collaborations to date… we worked together to bring my dream wedding shoe to life. Head to the blog to read about the process, why you should go custom-made for your wedding, and why your wedding shoes should be made #vegan by Rebecca Mink, no matter who you are. ?#LinkInBio

Mink isn’t looking to knock other vegan brands down. She’s happy to collaborate, having worked with Kat Von D on her upcoming 2018 vegan shoe line and Too Faced Cosmetics on their glittery, Better Than Sex stiletto. In fact, what appears to be the most important thing to her is that veganism reaches the people. “We’re really friendly with competitors because it’s important that vegans stick together especially in the fashion industry and particularly in the shoe industry,” she said. “I want more vegan shoes available to people.”

And this brand is definitely one that folks can expect to see thriving and collaborating with others for years to come. Forbes writer Katrina Fox wrote:

As attitudes change, it may not be long until vegan shoes become the norm. In the meantime, Mink celebrates how far they’ve come. “The factory is female-run and the owner believes in our company,” she began. “She’s watched us grow and recognizes that vegan shoes are the future.”