Restaurants at Walt Disney World in Orlando, Disneyland in Anaheim, and theme parks like Star Wars: Galaxy’s Edge are included in the launch.

“We’re always looking for ways to bring more flavor, innovation, and creativity to the Disney dining experience – and guest feedback is first on the menu when we evolve our menus and develop new dishes,” Disney wrote in a blog post last September.

There are also new vegan desserts, like chocolate avocado mousse at Disney’s Coronado Springs Resort in Orlando and cashew cheesecake at the Calfornia Grill in Disney’s Contemporary Resort. Options at Disney World are listed on Disney’s new plant-based dining website. 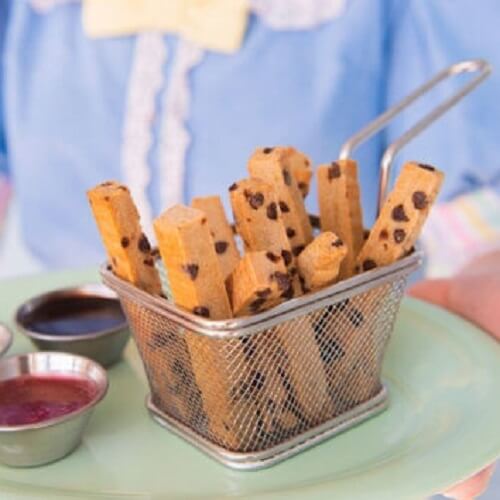 “Our guests have embraced our plant-based offerings at our parks around the globe, inspiring us to expand our menu and introduce a new menu icon, a green leaf, that will make it easier than ever to find these creations during your visit,” the blog post continued.

Theme parks have a reputation for not being vegan-friendly. But, prior to the menu upgrade, Disneyland was in tune with the demand for vegan food. Many restaurants and food stands already offered options like Mickey-shaped pretzels, Dole whip (a pineapple-flavored soft-serve), and more. It was named America’s Most Vegan-Friendly Amusement Park by international animal rights group PETA (People for the Ethical Treatment of Animals). Disney’s Magic Kingdom in Florida introduced a guide to plant-based eating last April.