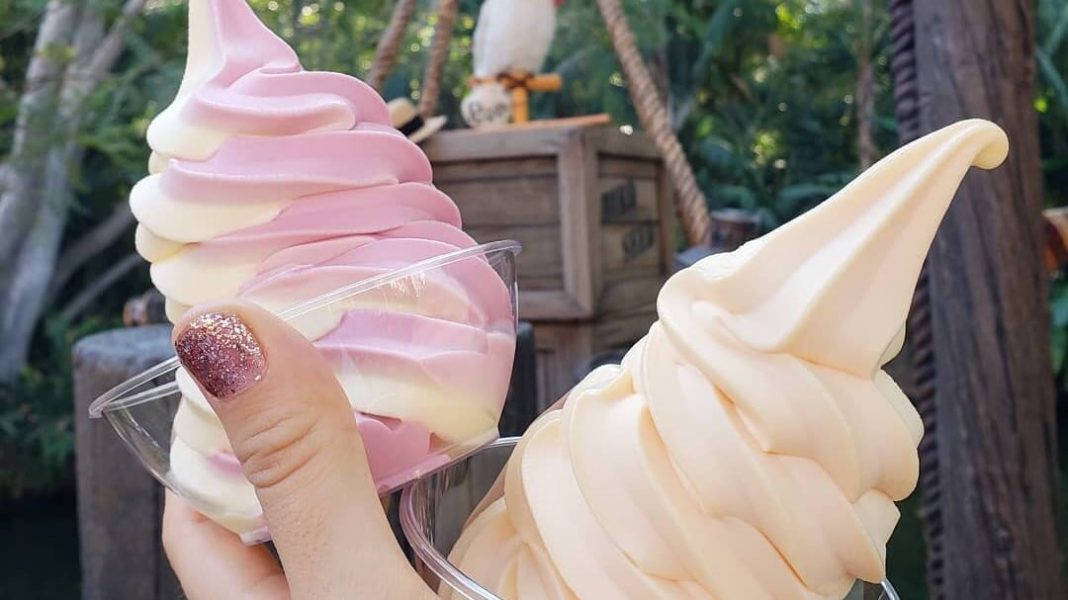 California’s Disneyland, the only theme park entirely designed and constructed under Walt Disney’s direct supervision, has a new eatery. The Tropical Hideaway grab-and-go venue doesn’t just sell Dole Whip but has an entire Dole Whip bar – the first ever. At the bar, theme park-goers can enjoy traditional pineapple Dole Whip, or the new orange, and raspberry flavors. They’re available on their own or combined in a swirl, in a sundae, or in a float.

Dole Whip Swirl from the newly opened Tropical Hideaway in Disneyland! Raspberry-Pineapple swirl and Orange-Pineapple swirl. ▪ $5.69 no AP discount available ? ▪ As a Dole Whip lover, I couldn’t be happier to have new Dole Whip options! Today is a soft opening, so availability might be hit and miss. That being said, a cast member told me it opens tomorrow. That raspberry pineapple swirl was amazing!

Visitors can also enjoy a variety of vegan Mickey Mouse-inspired dishes including waffles and pretzels shaped like the character. Animal-free breakfast options like pancakes and crepes are also available, as is plant-based gumbo and dairy-free cheese pizza.

Disneyland joins other influential, international companies that are expanding their vegan offerings alongside the increasing number of people choosing to ditch meat, dairy, and eggs. Leading fast food chain McDonald’s just launched a vegan option at its global headquarters in Chicago.

Furniture giant IKEA introduced a meat-free version of its popular hot dog, and one of the largest consumer goods brands in the world, Unilever, just purchased Dutch vegetarian and vegan meat brand The Vegetarian Butcher alongside the growing interest for plant-based, cruelty-free living.