Doctors are urging the United States Department of Agriculture (USDA) to cut dairy from its MyPlate dietary guidelines.

The doctors are members of the nonprofit Physicians Committee for Responsible Medicine (PCRM), a plant-based advocacy organization that includes 12,000 physicians. The group says the USDA should make MyPlate—the agency’s healthy nutrition guide—dairy-free. This is due to a growing body of research that indicates dairy carries a number of health risks, especially for people of color.

“What may have started as an attempt to stabilize dairy prices has become a serious health problem for many and has justifiably been criticized as a racist practice, for two reasons. First, dairy products are not well digested, if digested at all, by most people who are not white,” Susan Levin, MS, RD, CSSD, and PCRM’s director of nutrition education, said in a statement.

She continued: “And further, as the leading source of saturated fat in the diet, dairy products contribute to chronic diseases, including heart disease and prostate cancer, that disproportionately harm or kill people of color.” 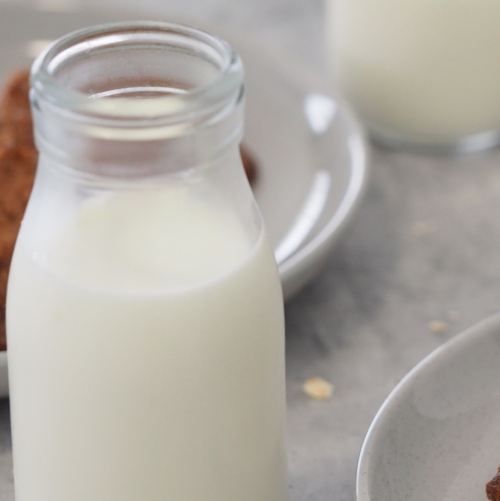 The committee wants the USDA to remove dairy from its dietary guidelines.

But PCRM says the recommendations are harmful to Americans.

“Unfortunately, the USDA has a seemingly insurmountable conflict of interest. It created [the guidelines] to support the nation’s agricultural interests. It was later asked to create nutrition guidance. The two tasks do not coexist well,” Levin told LIVEKINDLY.

She continued: “The result is a constant struggle with its own calls to action. How can it inform the public of the dangers of meat and dairy while also trying to get the public to buy more meat and dairy?”

PCRM has been urging the USDA to remove dairy from its dietary guidelines in favor of plant-based products for years.

“It’s important that the Dietary Guidelines clearly indicate that plant-based diets are an effective approach to preventing hypertension, diabetes, and heart disease,” said Levin. These conditions already kill hundreds of thousands of people annually and make COVID-19 deadlier, she added.