The Physicians Committee for Responsible Medicine (PCRM) is urging the U.S. Food and Drug Administration (FDA) to place breast cancer warnings on cheese.

PCRM says it “combines the clout and expertise of more than 12,000 physicians with the dedicated actions of more than 175,00 members.”

The organization is pushing for cheese products to have warning labels similar to those on cigarette packets. It has sent a petition on the subject to the FDA, signed by its president Neal Barnard, MD.

PCRM gives an example of a warning in the petition. It suggests, “dairy cheese contains reproductive hormones that may increase breast cancer mortality risk.”

Breast cancer is among the most common causes of death in women, according to the Centers for Disease Control and Prevention. PCRM submitted its petition on October 3, at the beginning of Breast Cancer Awareness Month.

“Instead of cheese manufacturers like Kraft slapping a pink ribbon on products like Philadelphia Cream Cheese and Macaroni & Cheese, as they have done during previous Breast Cancer Awareness Months, they should be adding warning labels,” said Barnard in a statement. “We want women to be aware that dairy cheese could put them at risk of dying from breast cancer.” 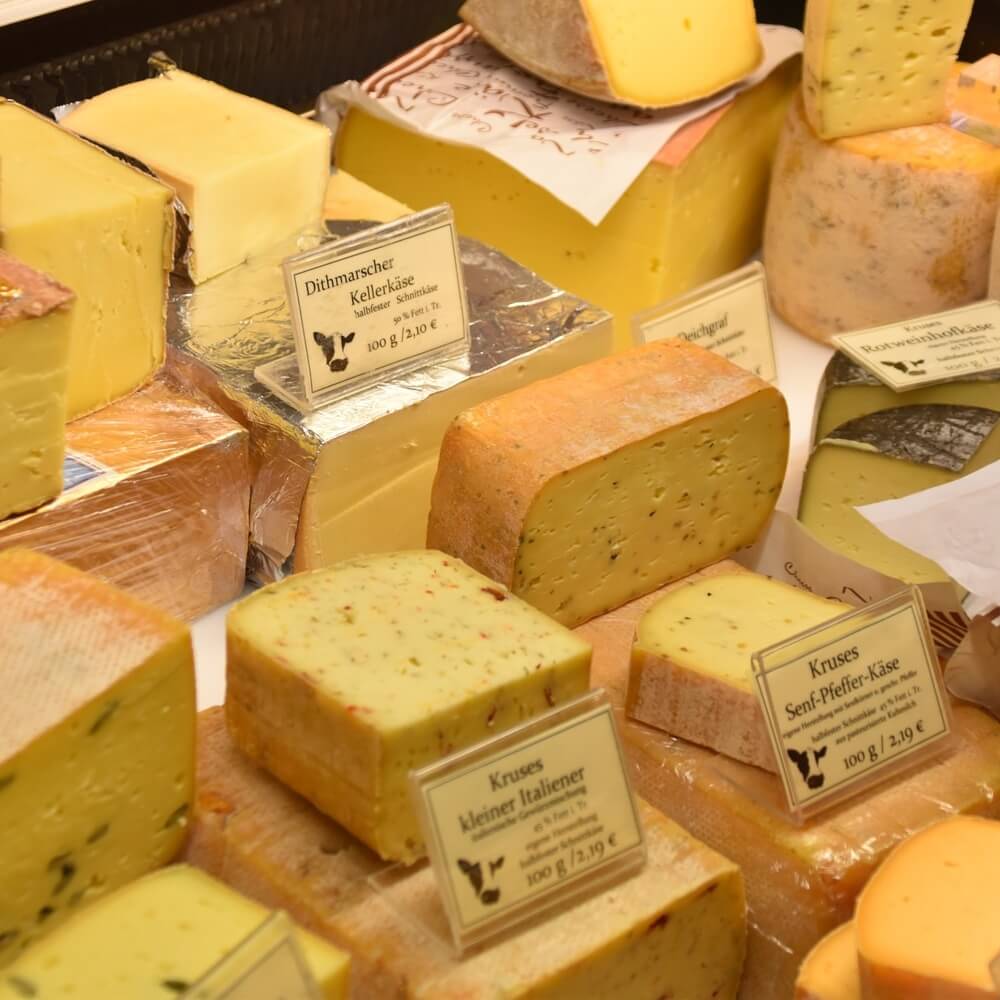 Studies have linked cheese consumption with a higher risk of breast cancer.

Dairy contains estrogen from cows. The female hormone is linked to an increased risk of breast cancer. When milk becomes cheese, the estrogens are more concentrated. “While they are only traces, they appear to be biologically active in humans, increasing breast cancer mortality,” says PCRM.

Alternatively, high fiber plant-based foods are good for breast health, notes the organization, as they can eliminate excess estrogen.

It refers to one study — known as The Life After Cancer Epidemiology study — which found that among women previously diagnosed with breast cancer, those consuming one or more servings of high-fat dairy products every day had a 49 percent higher breast cancer mortality, compared with those who were consuming less than one-half serving every day.

World-renowned breast surgeon Dr. Kristi Funk has spoken out about the link between breast cancer and animal products.

Funk is working with PCRM — as well as a number of celebrities — on a new vegan campaign titled Let’s Beat Breast Cancer. It encourages people to pledge to eat more plant-based foods, exercise regularly, limit alcohol consumption, and maintain a healthy weight to reduce their breast cancer risk.