A new documentary sheds light on how animals — even outside of the factory farm — are often the victims of our appetite for meat and dairy.

In Northern California’s Point Reyes National Seashore, Tule elk populations are threatened by a government protecting the interests of ranchers. “The Shame of Point Reyes,” an independent film by shark advocate turned vegan activist, Skyler Thomas, has already created a local stir for its “controversial” message. But they hope that the message resonates on a national level.

There is a long history of the United States driving species from their homes for the sake of animal agriculture. Out west, the Bureau of Land Management (BLM) routinely rounds up wild horses to clear federal land for cattle ranchers. It’s often a death sentence. The Tule elk have their own unique struggle, for a similar reason. They exist on land where the government wants beef and dairy farms.

Point Reyes’ relationship with dairy farming started 50 years ago, when the federal government purchased land from ranchers. They were given a 50-year pass to remain on the land. At the time, Tule elk were populous. Today, around 6,000 cattle live on the land while native elk populations have dropped to 600.

“There are no Tule elk in any other part of the world,” Miyoko Schinner, founder of vegan dairy company Miyoko’s Creamery and a resident of the area, tells LIVEKINDLY in an email. “People come from around the world to see them — there is nowhere else where they can be seen in their natural habitat.”

“The government at the time attempted to revive the species, and today, about 5700 remain in various parts of California (still a low number),” she says. “In our region, there are actually about 600 Tule elk, but a portion of them are considered a threat to ranching activities.”

Now nearing the end of the lease, the park services has opened up public commenting (which ends on September 23) to extend the lease, expand agricultural activities, and cull elk populations down to 120. What’s more, congressman Jared Huffman has proposed a bill (HR 6687) that would allow cattle to remain on the land as part of the area’s “cultural heritage” while elk may be “relocated.”

“This is definitely about special interest groups, i.e., ranchers,” says Thomas. “Turns out these politicians are elects of the ranching community and in turn, they help out the ranching community,” Thomas continues. He believes relocating the Tule elk is a “negative distraction” from the real issue: their numbers may be reduced to a mere fraction of what they once were.

“That’s ridiculous no matter how many elk there are,” he says. “But it’s even more ridiculous when you discover there are about 650 elk in the entire seashore, 450 of which are trapped in a zoo-like enclosure preventing them from roaming or ever even potentially bothering ranch lands.”

Lowering elk numbers has other consequences, according to Thomas. “Animals that have been hunted to near extinction have the challenge of their genetic diversity being depleted, therefore their long term survival and ability to adapt with changes the world throws at them are diminished. Small numbers, especially in enclosed areas, means inbreeding, which is generally not good or natural.” 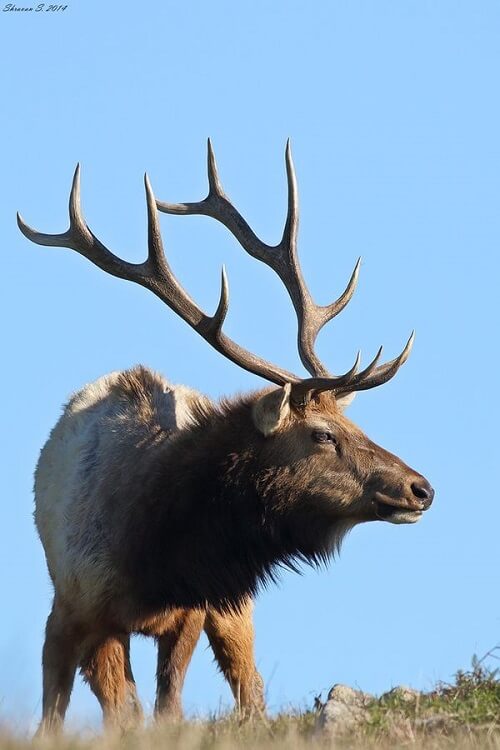 Is There a Way to Help Ranchers?

Is it possible to help ranchers without culling Tule elk? For Schinner, the solution could be pivoting to a different type of agriculture.

“Many of the dairies here are actually struggling,” she says, adding that organic beef prices have also dropped. “One rancher I spoke to admitted that it is a losing battle. So why not go back to the type of farming that existed on theses seashores before big ranching set in?”

“Instead of incentivizing more animal agriculture, we could allocate less land than needed for grazing by growing certain crops that feed the growing interest in plant-based food,” she continues. Over a century ago, Schinner explains, local farmers grew potatoes, legumes, and other crops.

“Any plant crop grown or the raising of animals by humans for a profitable industry means that those humans will wage war against any native animal that inevitably tries to eat some of that food themselves, nest in the crops, hide in the crops, or otherwise trespass on rancher property,” he says, highlighting how elk are being killed just for being on the land.

“The birds, the insects, the badgers, the coyotes, the bobcats, EVERYTHING will become a threat to profits,” he continues. Instead of being open to growing crops, “the park service is letting the ranchers keep beef and dairy, increase beef and dairy, add chickens, pigs, and sheep, grow row crops, and open AirBnBs. There was no reduction to anything except wildlife habitat.” 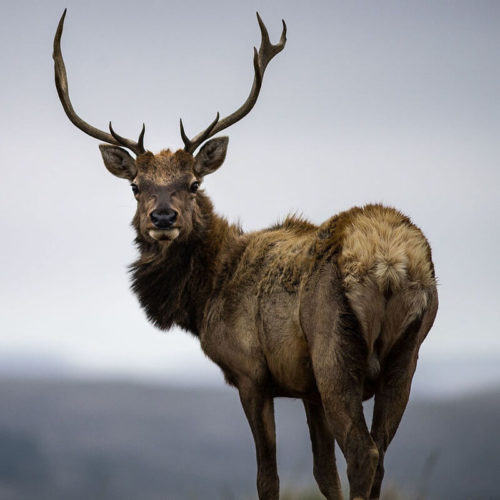 Public commenting, which may help the Tule elk, closes on September 23. | Wikimedia Commons

How to Help the Tule Elk

The fight to save the Tule elk is personal for both Schinner and Thomas.

“I live here and would like to see the land reclaimed by nature and wildlife, not activities that destroy the land and lead to further climate disruption,” says Schinner. “And we have to remember that this is all on public lands — a national park.”

To Thomas, the destruction of the beautiful park is “heartbreaking.” Even more so considering the “cruelty the dairy industry inflicts on the domestic baby calves and their mothers.”

“When I learned the wildlife were being killed to promote such an ugly industry I couldn’t not tell the world,” he adds.

Both agree that the issue needs the public’s attention — “outrage,” as Thomas puts it. “The ranchers have bullied the locals into silence,” he explains. “They have kept the rest of California from even knowing what is happening. We need to let them know they are no longer welcome.”

“Right now, we need as many people worldwide — not just Californians — to send comments to the US Park Services,” says Schinner. “The public commenting period ends on September 23, so timing is of the essence. The Park is for everyone, for tourists from around the world who come to see the Tule elk, not cattle. We need former and future tourists to comment!”