Could a vegan diet increase the risk of stroke?

The World Health Organization says that 15 million people around the world suffer from strokes every year. Around five million strokes result in death and another five million result in permanent disability. Stroke is the leading cause of serious, long-term disability in the U.S., according to Stroke Center. 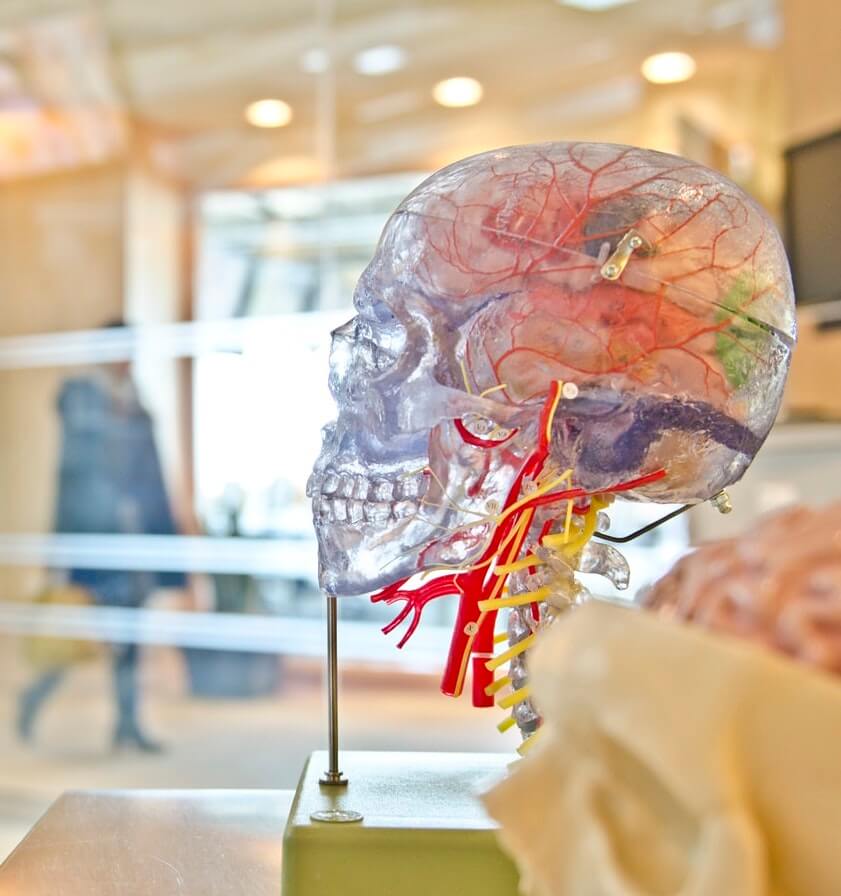 Strokes occur when blood flow to the brain is blocked.

What Causes a Stroke?

Ischemic strokes are the most common, making up around 80 percent of incidences. Ischemic strokes occur when blood clots block the flow of blood in the arteries to the brain. Blood clots usually form near arteries that have been narrowed or blocked by plaque, which is made up of fat, cholesterol, calcium, and other substances.

Hemorrhagic strokes typically occur when a blood vessel in the brain bursts and bleeds. Aneurysms can also cause hemorrhagic strokes. High blood pressure, or hypertension, is the main cause of this kind of stroke; it contributes to more than 12.7 million strokes worldwide every year, Stroke Center says. Hypertension can weaken the brain’s arteries and make them more likely to split.

Both ischemic and hemorrhagic strokes deprive the affected area of the brain from blood and oxygen, which causes brain cells to die and the part of the body that the section of the brain controls to stop working. 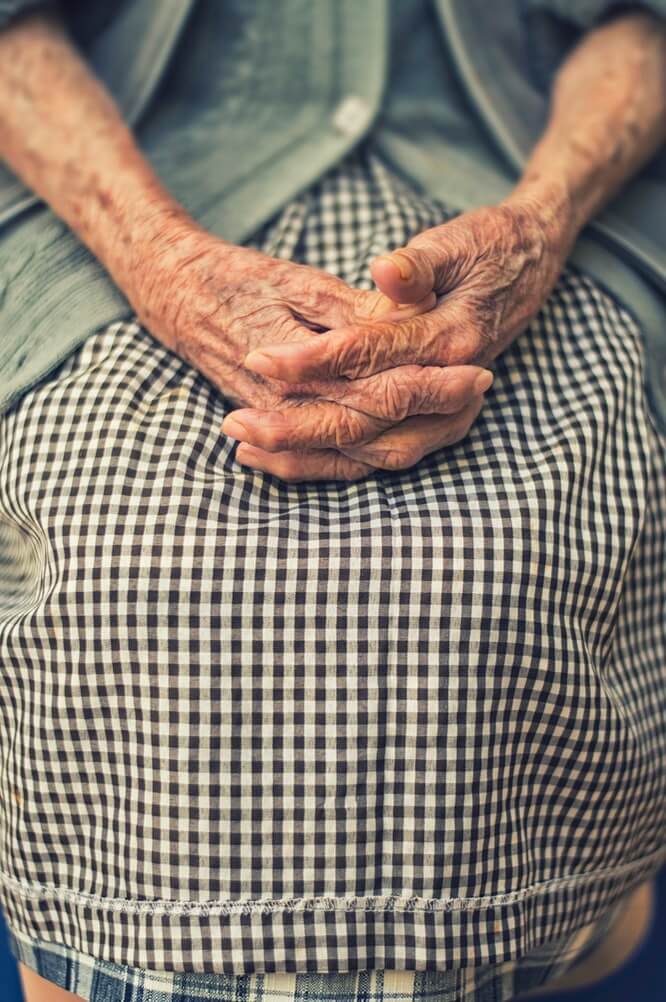 Numbness in the face, arm, or leg is a symptom of stroke.

The symptoms of mini-strokes are similar to a stroke. They include dizziness; difficulty walking, seeing, speaking, or understanding others; loss of balance, and numbness or paralysis in the face, arm, or leg, usually on one side of the body. The difference between a stroke and mini-stroke is that mini-stroke symptoms typically resolve themselves in under five minutes and do not cause permanent injury to the brain. Sufferers should call emergency services at the onset of any of these symptoms.

“What we haven’t been able to determine is how urgently patients must be assessed following a TIA in order to receive the most effective preventive treatment,” researcher Peter M. Rothwell, MD, Ph.D., of the department of clinical neurology at Radcliffe Infirmary in Oxford, England, said in a statement. “This study indicates that the timing of a TIA is critical, and the most effective treatments should be initiated within hours of a TIA in order to prevent a major attack.” 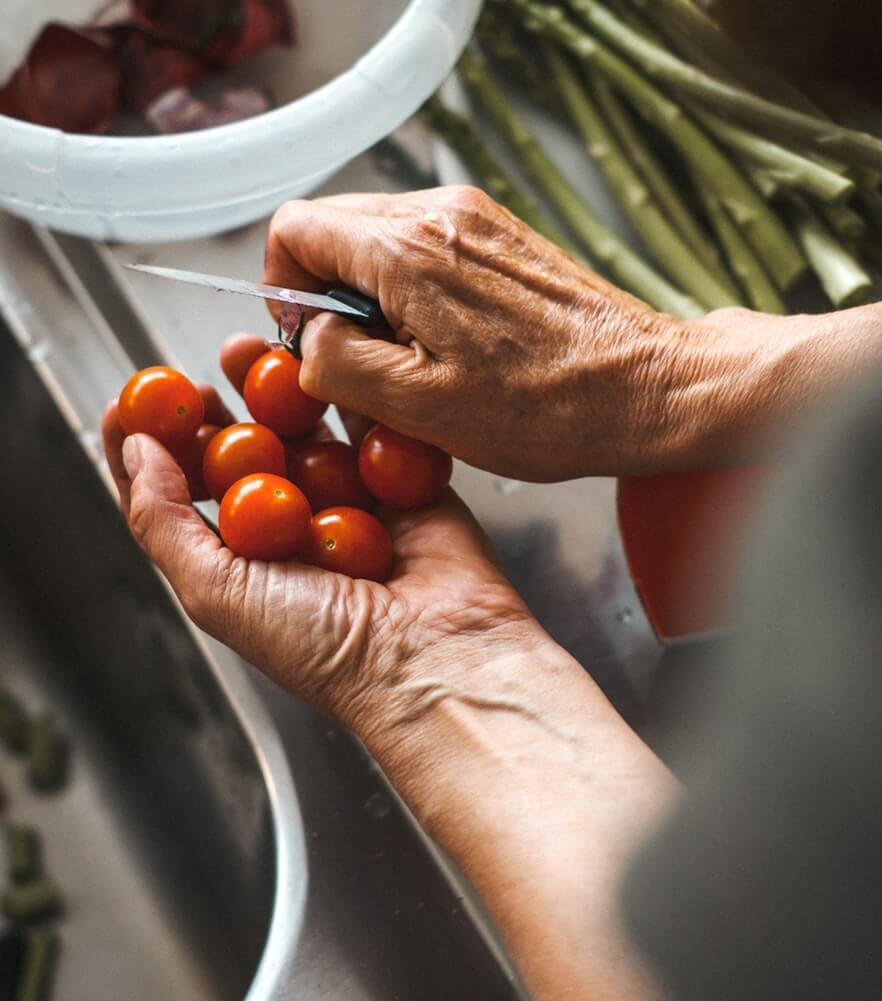 High blood pressure could lead to a stroke.

Strokes are more likely for people over the age of 65 but they can occur at any age.

Other major risk factors for stroke include heart disease and diabetes. Diabetes impacts the body’s ability to create insulin or use it effectively. People with diabetes typically have too much sugar in their blood which can lead to the buildup of clots inside the vessels that supply blood to the brain. This can cause blood vessels to narrow or become blocked and ultimately stop blood flow to the brain. Those with diabetes are 1.5 times more likely to have a stroke than people without diabetes, according to the American Diabetes Association.

Heavy drinking, lack of exercise, and smoking can also increase the risk of stroke. 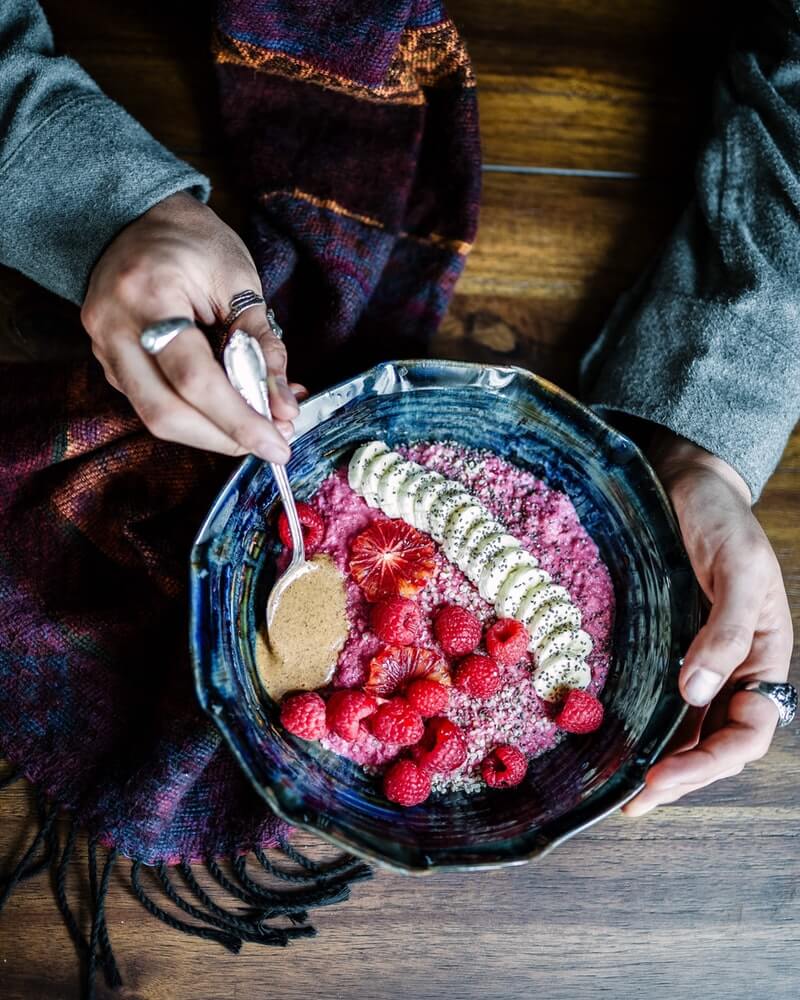 A plant-based diet could lower the risk of stroke.

People can take steps to reduce the risk of stroke.

The Physicians Committee for Responsible Medicine (PCRM), a non-profit research and advocacy organization, promotes a plant-based diet as an avenue to lower blood pressure which, in turn, can reduce the risk of stroke. Fruits and vegetables are rich in potassium, a mineral that helps lower blood pressure by countering the negative effects of salt.

Plant-based foods are free from cholesterol and are often low in fat, which can also reduce blood pressure. Cutting out meat and dairy products can help reduce the viscosity, or thickness, of blood, which makes it easier for the body to pump and in turn, lowers blood pressure.

A study conducted by researchers at the Harvard T.H. Chan School of Public Health in Boston found that eating grilled fish, chicken, and well-done beef could raise blood pressure.

A separate study, published in the Journal of Nutrition, looked at how different diets — like meat-based, vegetarian, and vegan diets — influence health and disease. The research found that vegetarians had more bioactive markers that prevent disease than meat-eaters, while vegans had the highest count of all. These biomarkers could help prevent issues like hypertension as well as heart disease and cancer. 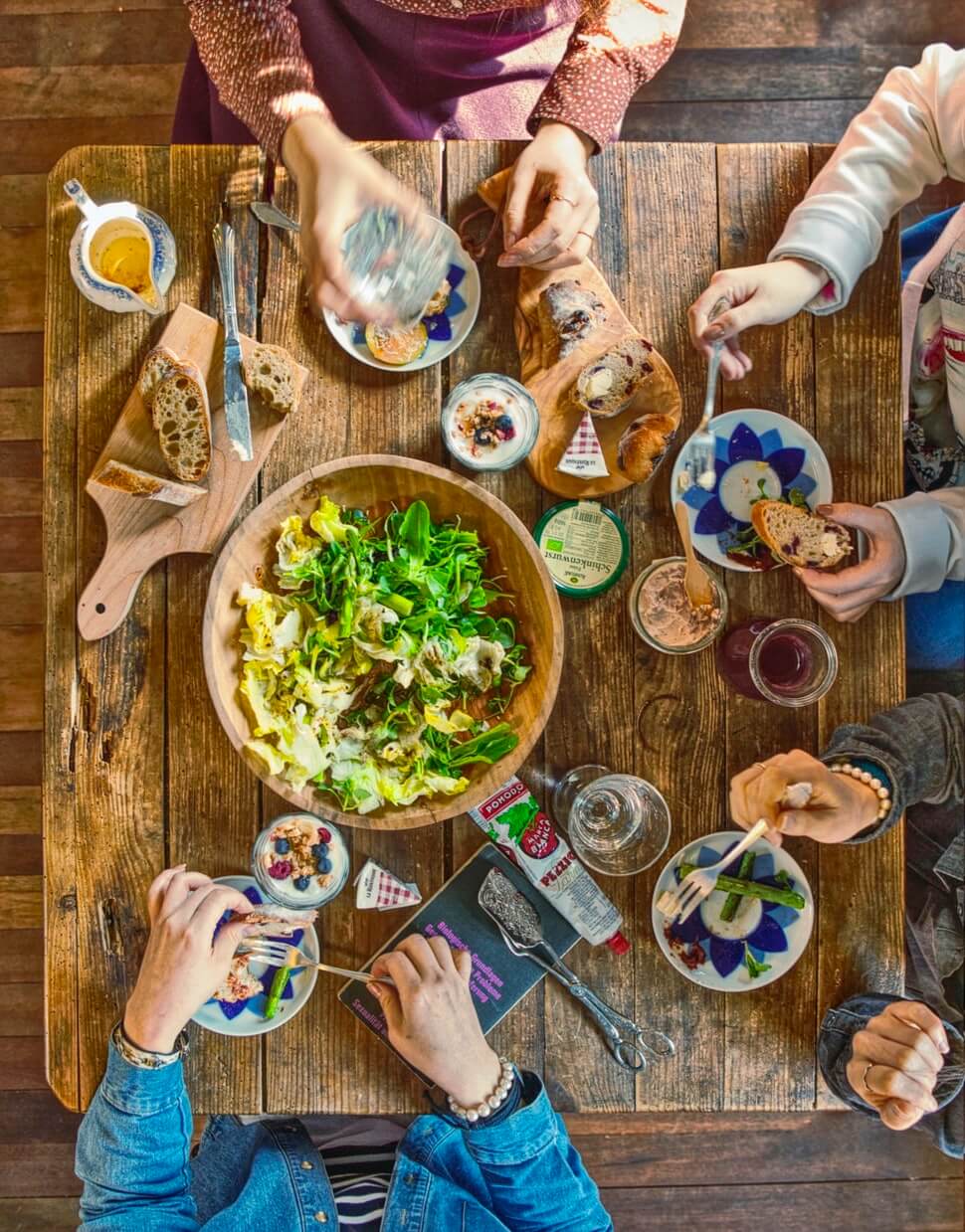 Research also links a plant-based diet to a lowered risk of diabetes, a condition that can increase the risk of stroke.

Writing for LIVEKINDLY, PCRM’s founding president Dr. Neal Barnard explained the link between diet and diabetes. “Studies show that eating a diet high in fatty foods—like bacon, sausage, or cheese—can cause small fat particles to build up inside our muscle cells,” he wrote. “These fat particles interfere with insulin’s ability to do its job and move glucose—or sugar—out from our bloodstream and into our cells. This is a condition called insulin resistance.“
“Instead of powering our cells, the glucose remains in our bloodstream, eventually leading to type 2 diabetes. A plant-based diet, on the other hand, is naturally low in fat, which helps reduce the fat in our cells, restoring insulin function,” Dr. Barnard explained.
He added, “Unlike medications, a plant-based diet doesn’t just mask symptoms of diabetes, but it powerfully addresses the problems that led to the disease in the first place. Plus, all the ‘side effects’ of a diet change are good: Weight falls, cholesterol drops, blood pressure improves, and energy goes up.”

He highlighted a study involving 96,000 participants which uncovered that those following a plant-based diet had around half the risk of developing diabetes compared to those who consume animal products. 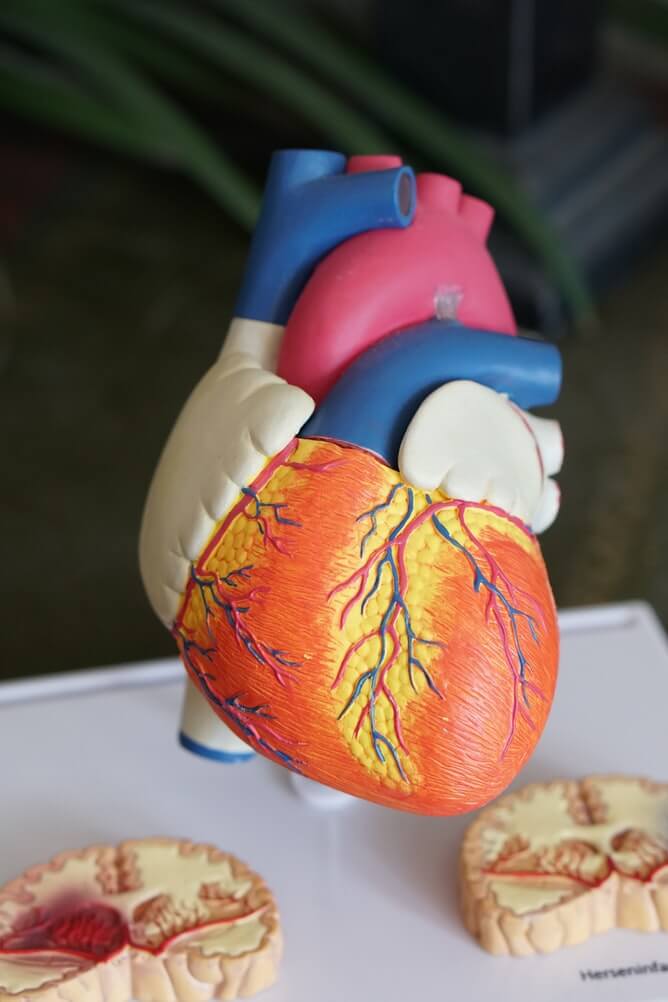 Vegan food could reduce the risk of heart disease and stroke.

A vegan diet could also lower the risk of heart disease, another major risk factor of stroke. A 2018 study published by the American Heart Association (AHA) looked at 100 participants suffering from coronary artery disease. Some study participants followed a plant-based diet while others adhered to the AHA-recommended diet, which allows small amounts of lean meats, fish, eggs, and low-fat dairy products.

The AHA admitted that the vegan group showed the best results. Inflammation was significantly reduced compared to other groups.

A separate study, by Cleveland Clinic, found that eating red meat could increase the risk of heart disease 1,000 percent more than a vegan diet.

Research from 2017 found that a plant-based diet could reduce the likelihood of several risk factors linked to stroke risk, including hypertension, diet quality, diabetes, waist-to-hip ratio, cardiac causes, and lipid profile. The research suggested that increasing the intake of fruits, vegetables, and whole grains and limiting the consumption of meat and processed food could decrease the prevalence of high blood pressure, obesity, diabetes, and dyslipidemia.

“In addition, this dietary pattern has been shown to have the ability to halt or reverse atherosclerosis via multiple mechanisms,” it wrote. It added that observational studies of stroke incidence support eating more fruits and vegetables and less meat.

The study noted that “those patients at high risk of stroke, particularly ischemic stroke, should be educated about plant-based nutrition with adequate B12 as a potentially powerful disease risk modifier.”