Together with investor Alvertos Revach and Jean-Michel Cazabat — label-owner and the former head of luxury shoe brands Stephan Kélian and Charles Jourdan — Bhojwani has created a “timeless” line of vegan shoes; each designed to make the wearer look and feel good, but also to help shape a new ethical future of fashion.

“The world doesn’t necessarily need another shoe company,” Bhojwani told Forbes. “But we wanted to create one with a strong voice towards protecting our environment. We believe that sustainability and luxury can be analogous.”

Aera’s shoes are made in Veneto, Italy by some of the region’s most talented and experienced shoemakers. Used to working with leather, the shoemakers had to be taught how to use similar techniques, but with vegan materials.

“At the end of the day, the consumer wants a great product and we weren’t going to compromise on that,” said Bhojwani.

Aera has taken its commitment to the environment seriously. The team worked closely with SCS Global Services to ensure every inch of the process is as sustainable as possible; the SCS report is even available to read on Aera’s website.

“We literally measured everything,” explains Bhojwani. “We measured the global warming potential, how much energy is being used, what is the emission being released during transport, all of it.” 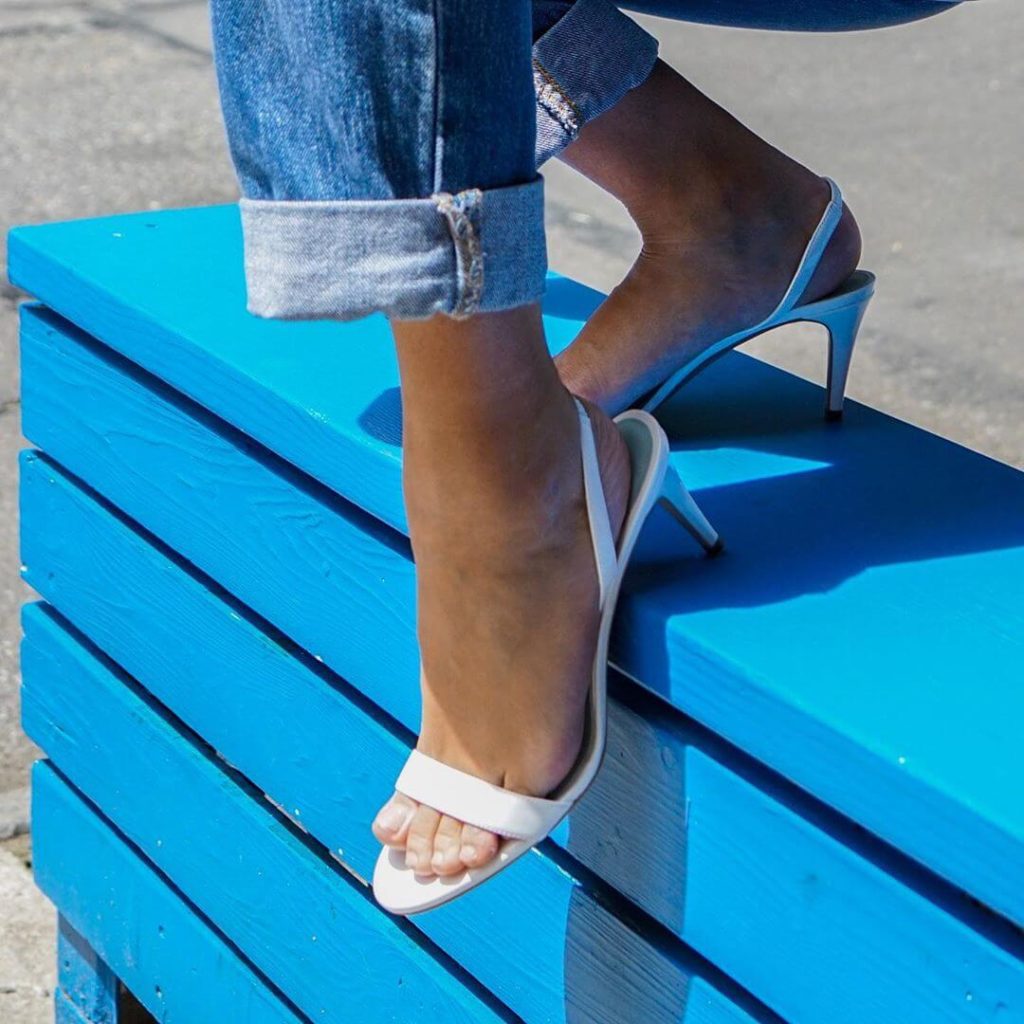 Fashion is one of the most polluting industries on the planet. Leather, for example, often used to make shoes and other accessories, is treated with toxic chemicals to stop the animal skin from decomposing. These chemicals release toxins into the air and into nearby waterways.

A river in a village in China, located close to a leather tannery, is one example of how leather is detrimental to the environment.

According to a report from China’s Centre for Legal Assistance to Pollution Victims, the tannery was dumping animal skin and meat into the river. When entering the water, villagers found themselves with blisters on their hands and feet.

Influential figures in fashion like Bhojwani, Cazabat, and British designer Stella McCartney are fighting to make a change in the industry, but it starts with true awareness and acknowledgment, says Bhojwani.

“I don’t think most businesses truly know how much they impact the environment,” she said. “Understanding the impact is not an easy thing, even as a small brand. But any difference a company makes is a good one as opposed to not doing anything.”