Available from Tesco, the new protein-packed sauce serves one person and can be heated up in a frying pan in just 45 seconds.

“Dolmio believes in the value of sharing a meal together,” the brand says in a statement. “This sauce helps you create a delicious and wholesome meal that can be enjoyed any day of the week. Why not try adding your favorite veg, or even some chili to spice things up?”

“The biggest impact we can make as individuals, for our health but also that of the planet, is to eat more plants,” said Derek Sarno, Tesco’s director of plant-based innovation, in a statement. “At Tesco, we’re making that easier than ever by providing the widest and best range of plant-based options available on the UK high street.” 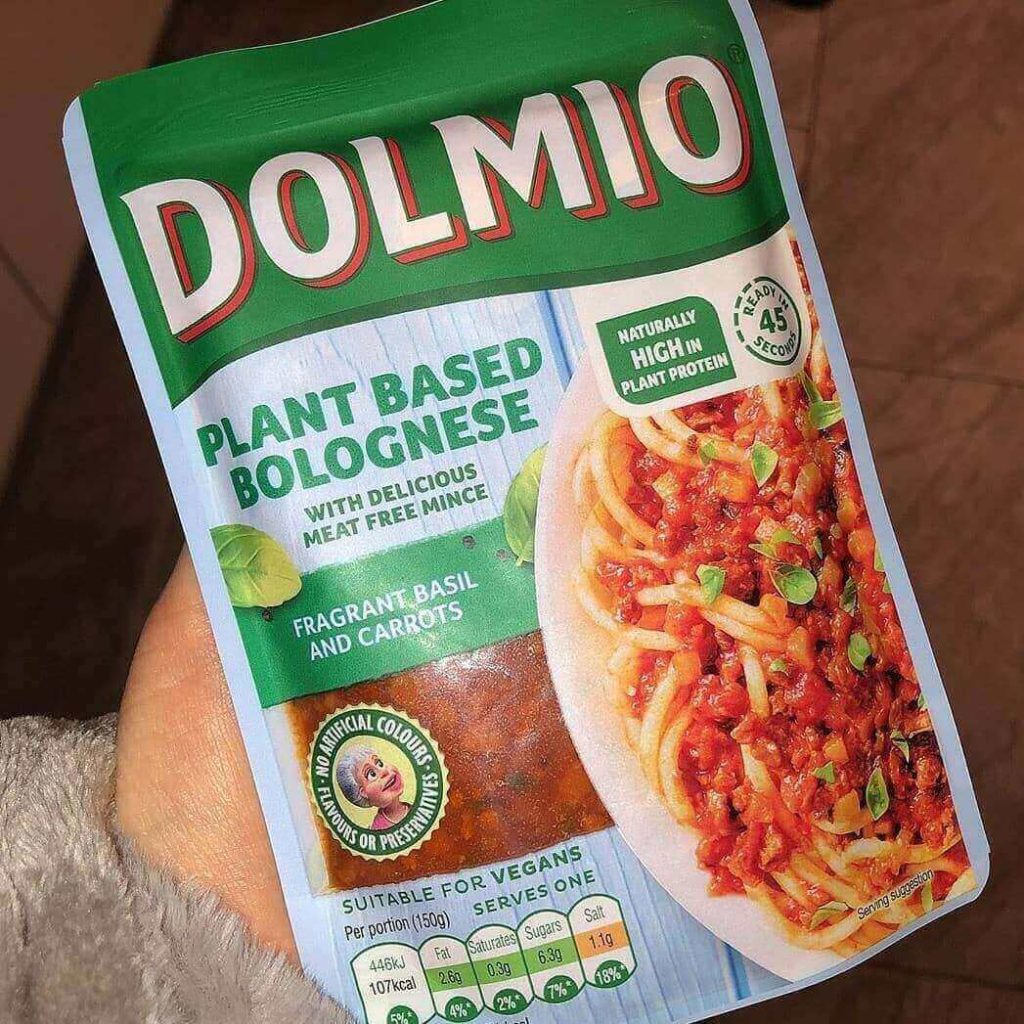 Rising Demand for Vegan Food In the UK

According to recent research from Mintel, 20 million Brits are trying to reduce their meat consumption. UK supermarkets and brands are responding to demand. In 2019, 23 percent of all new food product launches in the UK were vegan. Waitrose, Sainsbury’s, Asda, Iceland, and Marks and Spencer have all launched their own vegan ranges.

“The rising popularity of flexitarian diets has helped to drive demand for meat-free products. Many consumers perceive that plant-based foods are a healthier option,” said Kate Vlietstra, Mintel’s global food and drink analyst, in a statement.

Health reasons motivate 32 percent of meat-reducing Brits, says Mintel. Vlieststra added, “this notion is the key driver behind the reduction in meat consumption in recent years.”

Dolmio’s new Plant Based Bolognese sauce is available in a 150-gram pouch and costs £1.50.