Lundgren announced his new diet during an interview on the British TV show “Good Morning Britain.” The star of “Rocky IV” (1985) and “The Expendables” franchise is known for his physique.

When asked what his secret was for looking “fantastic” at 62, Lundgren replied that he has been trying out veganism.

Health Improvements on a Plant-Based Diet

The Swedish actor told presenters that he’s feeling healthier after trying the diet for a month. Lundgren added that watching his friend and “Expendables” co-star Arnold Schwarzenegger in the 2018 documentary “The Game Changers” is what prompted him to experiment with a plant-based diet.

The star talked about enjoying several health improvements, including reduced fatigue and a “more constant” level of blood sugar. While not entirely vegan, Schwarzenegger is a proponent of plant-based food.

Lundgren also joked with Morgan about enjoying a “15 percent” improvement in sexual performance since going vegan — something else that is addressed in “The Game Changers.”

“Good Morning Britain” is hosted by Morgan along with Susanna Reid, Ben Shephard, Charlotte Hawkins, and Kate Garraway. Morgan, in particular, is known for his strong feelings about veganism and earlier this year became notorious for his controversial thoughts on the Greggs vegan sausage rolls.

However, when vegan strongman Patrick Baboumian — who features in “The Game Changers” — also appeared on “Good Morning Britain,” Morgan agreed to watch the documentary. 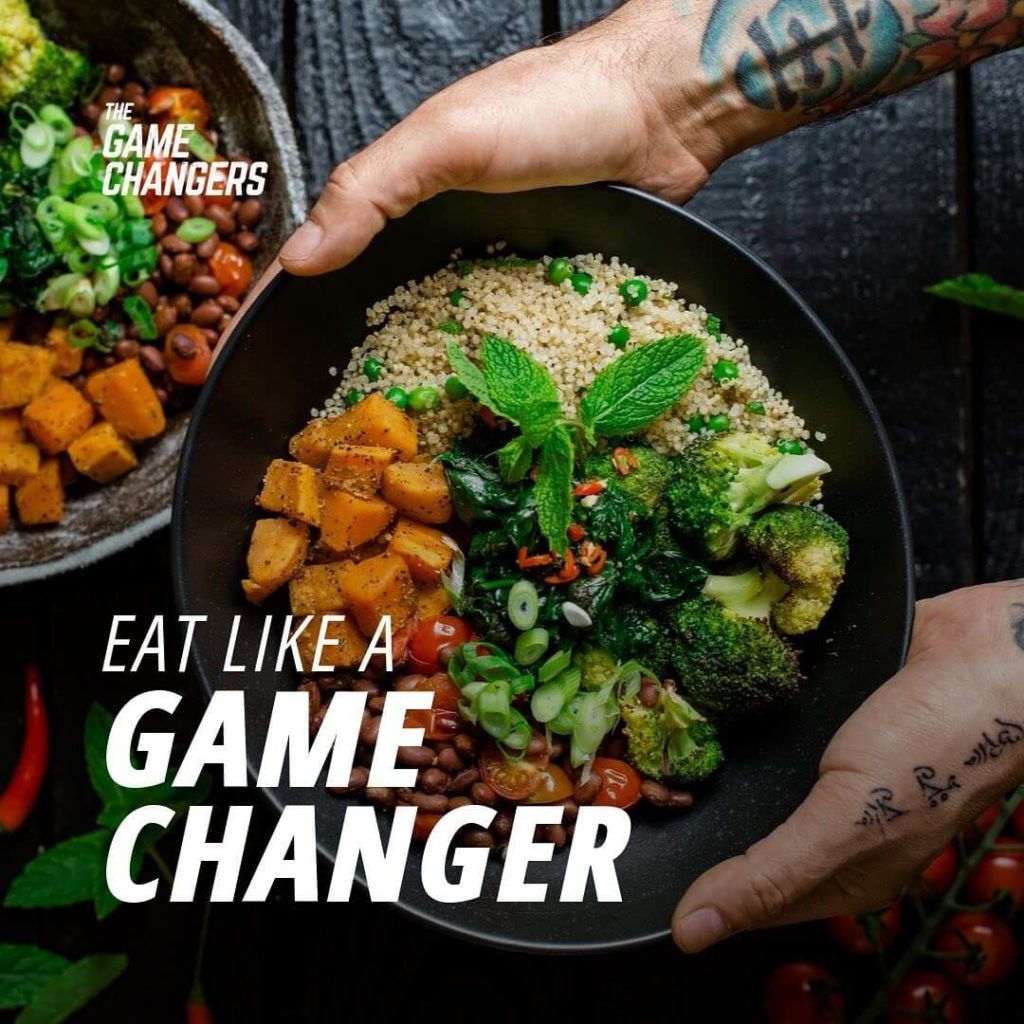 “The Game Changers” focuses on the elite special forces trainer and martial artist James Wilks. In the film, he speaks to other athletes and questions whether meat is actually the best form of protein. According to Wilks, many athletes are switching to plant-based food for its many health benefits.

He told LIVEKINDLY, “athletes are in touch with their bodies in a way many ‘regular’ people aren’t. Many of them tell us that they can feel animal foods increasing inflammation and slowing them down.”

When asked whether he will stay vegan, Lundgren simply said, “I like it.” He added that he feels lighter now and that a vegan bodybuilding diet is more fun than “boring” chicken and rice. “You can have a little more fun with your diet as a vegan,” said Lundgren. “You can have those Beyond Burgers.”

In “Escape Plan” (2013) Schwarzenegger tells Sylvester Stallone “You hit like a vegetarian.” but maybe this is best considered a compliment. Both Schwarzenegger and Lundgren have now had positive results with plant-based food.