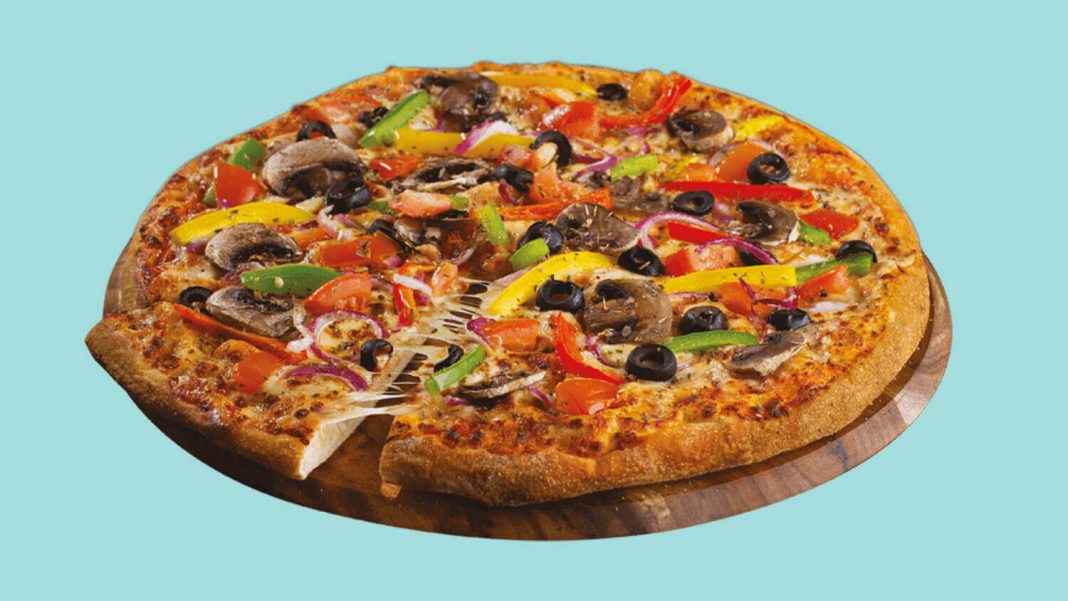 Domino’s France is adding two vegan cheese pizzas to its menu. According to the international pizza chain, the new options, which include Vegan Margherita and Spicy Vegan, will be offered nationwide. Additionally, customers can make their own vegan pizza from the chain’s list of plant-based ingredients.

Word of the new plant-based pizzas was shared via French YouTuber “Hardisk,” who creates videos about film and other media. Taking to Twitter, he highlighted a tweet from last May where he asked the pizza chain to offer vegan options. Domino’s France replied: “5,000 [retweets] and we’ll consider the idea.”

“Do you remember this tweet? Hang on, because today Domino’s invited me to its headquarters to taste a ‘new secret product,'” Hardisk wrote. The YouTuber followed up with a series of tweets that showed him making plant-based pizza in a Domino’s kitchen. The end result: the new Vegan Margherita and Spicy Vegan.

The website does not indicate which nondairy cheese brand that Domino’s has chosen to use, however, it does provide a list of plant-based ingredients, suggesting that customers can also customize their own vegan pizza.

“Everyone is entitled to a tasty pizza! That’s why there are now vegan pizzas at Domino’s too,” states Domino’s France.

The popular pizza chain assured that its employees have received clear instructions on handling the vegan pizzas as to avoid cross-contamination. Vegan cheese is clearly marked in its kitchen with a green lid to avoid mistakes, and a separate pizza cutter is used. Additionally, Domino’s France says that one employee makes the pizza from start to finish, and vegan pizza boxes are indicated with a sticker to prevent confusion.

The two vegan pizza options will be available in Domino’s France starting on Monday.