“Our new Better Than Beef Burger delivers on the experience and satisfaction of beef’s aroma, texture, flavor and juiciness,” says Danny Goodman, the Head of Development at Don Lee Farms in a press release.

“With the lowest calories, fat and saturated fat on the market. We can’t wait to get this burger in more hands as we expand our brand into retail markets,” adds Goodman.

Don Lee Farms “bleeding” organic and gluten-free burger also launched at Costco last February, where it was sold from the frozen meat section alongside animal products. The company announced that in less than 60 days one million plant-based patties had been sold.

“This new burger, along with our growing vegan line launched fifteen years ago, reinforces our family’s commitment to continuous innovation in plant-based proteins,” says Goodman. 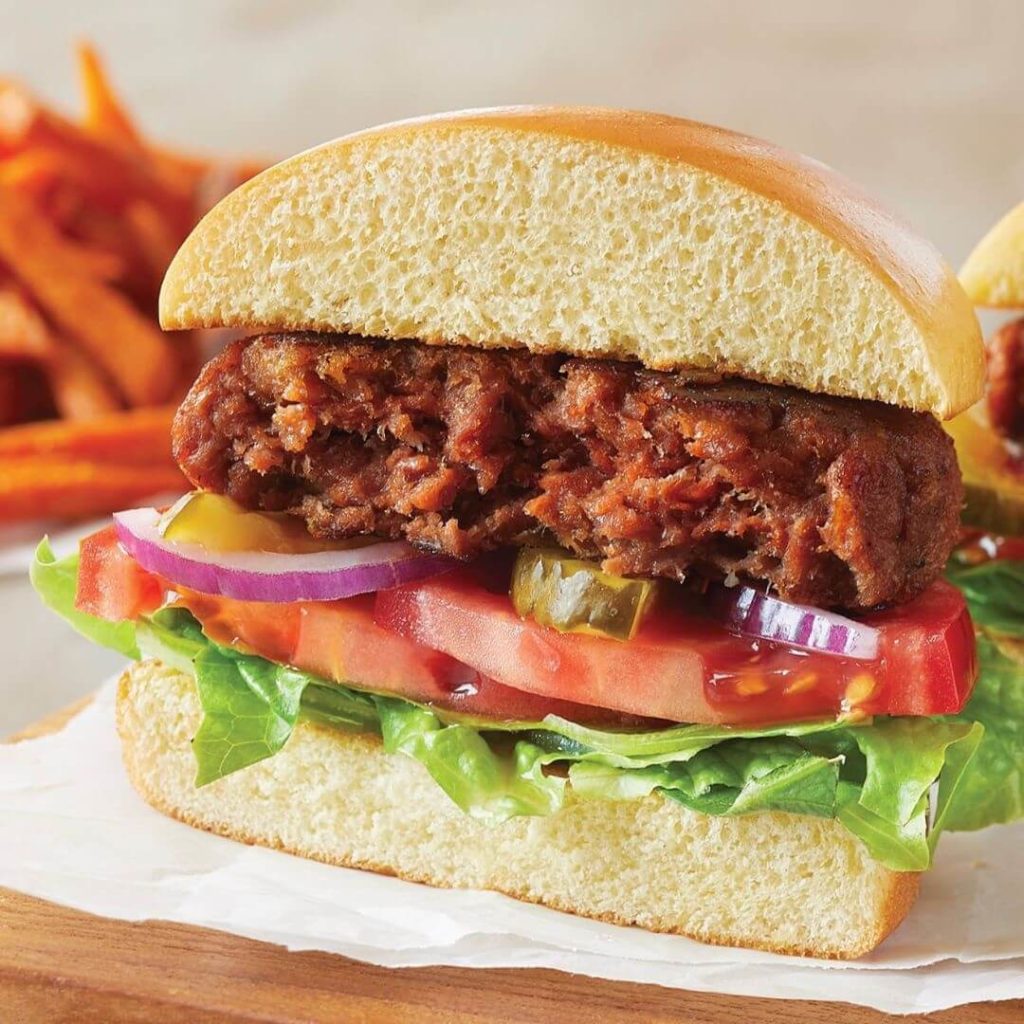 “Better on the grill. Better for the planet,” says Don Lee Farms ¦ @donleefarms

Restaurants saw a 268 percent increase in plant-based meat sales just last year. The fast-growing category is expected to reach $85 billion by 2030. According to The Good Food Institute (GFI) and the Plant-Based Foods Association (PBFA), vegan meat surpasses the popularity of cheese, ice cream, and even dairy-free milk.

Vegan meat alternatives are particularly popular with flexitarians who want to cut down their meat consumption or try new things. According to Nielsen data, 98 percent of those who buy meat-alternatives regularly are also regular purchasers of animal products. It is primarily this flexitarian market that is driving the production of new vegan products.

In addition to Don Lee Farms products, Costco has a large and affordable range of vegan items. The chain has even replaced its classic hot dog with an expanded menu of healthy and veggie options and sells a huge variety of other plant-based meats. Gardein chicken fingers, a range of MATCH Meat products, and Field Roast sausages are all available at Costco.