The fashion mogul believes that fur should no longer be considered a staple in the world of high fashion. “Fur? I am out of that. I don’t want to kill animals to make fashion. It doesn’t feel right,” Donatella stated in an interview with Luke Leitch of The Economist’s 1843 magazine.

Up until now, Versace has included fur in many of its designs. Donatella’s revelation is so new; the brand was even still advertising the material on its website at the time of the 1843 article’s publication, Leitch states.

Donatella is not the only designer to consider fur to now be unnecessary. Back in October, head of Gucci, Marco Bizzari, came to a similar conclusion. “Do you think using furs today is still modern? I don’t think it’s still modern and that’s the reason why we decided not to do that. It’s a little bit out-dated,” Bizzari said. 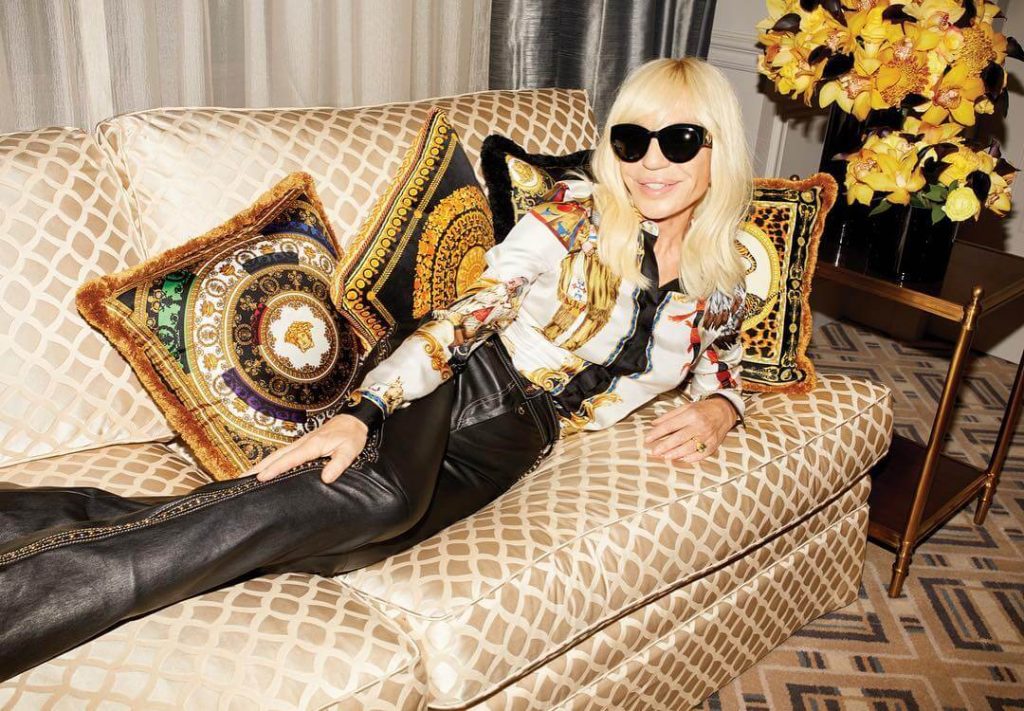 Tom Ford, a vegan himself, also announced plans to cut back on the use of fur in his designs at the beginning of February. “I’m not yet ready to say that I’m fur-free. Now, however, I have limited the fur in these collections and going forward to food byproducts, which does not sound very sexy,” Ford explained.

Many stars have spoken out against fur. At the beginning of this week, over thirty UK celebrities, including Bill Bailey and Judi Dench, signed a letter asking the UK government to ban all fur imports. Last September, vegan celeb, Pamela Anderson, wrote to Kim Kardashian, who often wears Versace’s designs, asking her to consider giving up fur. “You know I love you, ” Pamela wrote. “You can be a hero for animals as well as a great example to all your beautiful followers.”