Winter is on its way. For many, this means more than just a spot of drizzle. It’s about to get cold. Seriously, seriously cold.

To survive the winter, it’s safe to say a little more is needed than a cozy jumper and a rain mac. Because of this, there are a number of outerwear brands that offer warm, thoroughly insulated coats and jackets — but not all are guaranteed cruelty-free. If you want something that keeps you safe from the cold but keeps your ethics intact in the process, Wuxly Movement has you covered.

The Toronto-based brand specializes in vegan outerwear. Its clothes are pretty darn warm (all of its parkas are designed to keep you cozy at -30C) and its heart is too. It’s kind to animals, kind to the environment, and it’s also kind to humans. 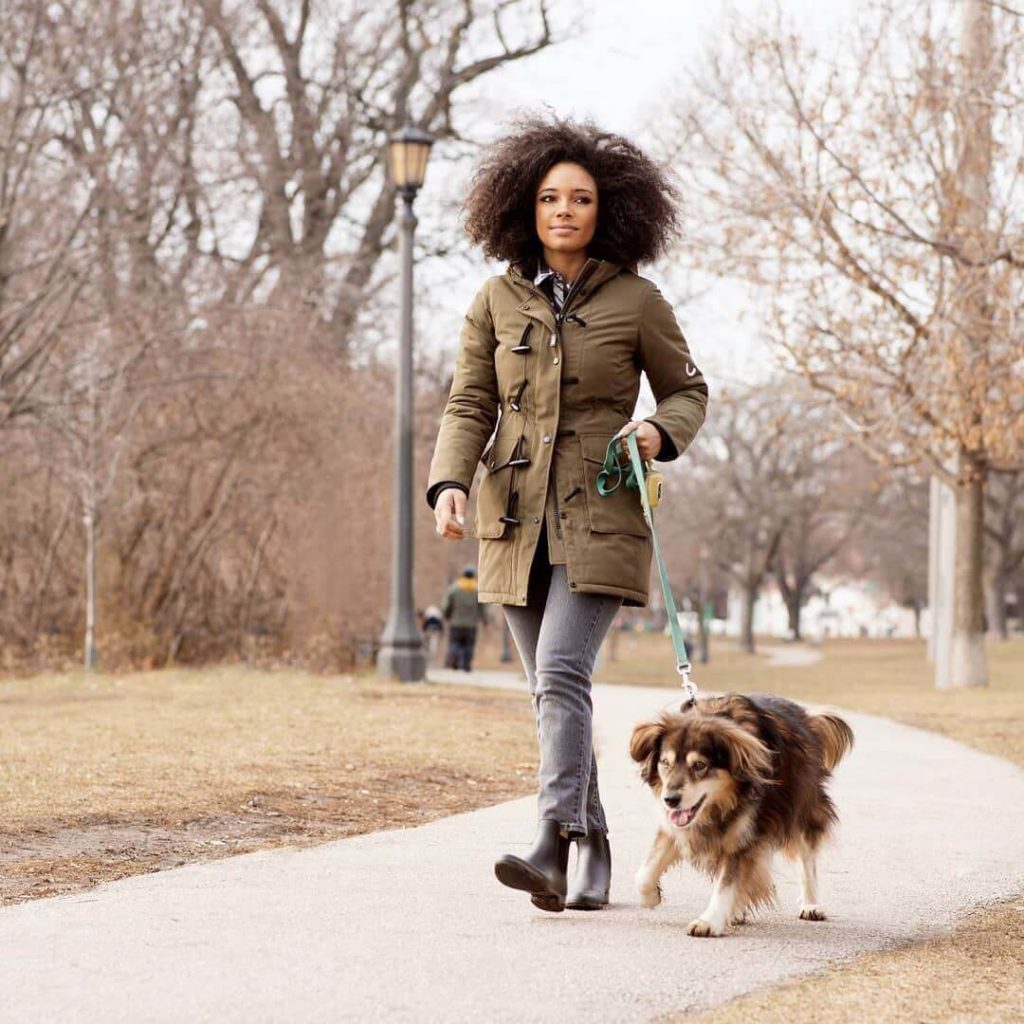 The Wuxly Movement is kind to humans, animals, and the environment.

Founded by footballer James Yurichuk and tailor Anthony DeBartolo, Wuxly Movement makes stylish and innovative outerwear — which is created with a lean and close fit to the body — using some of the world’s leading sustainable, technical fabrics.

But it’s not enough to be kind to the environment if your manufacturing process isn’t fair to the people involved. Wuxly knows this, so it only uses Made in Canada manufacturers with some of the highest labor standards in the world. 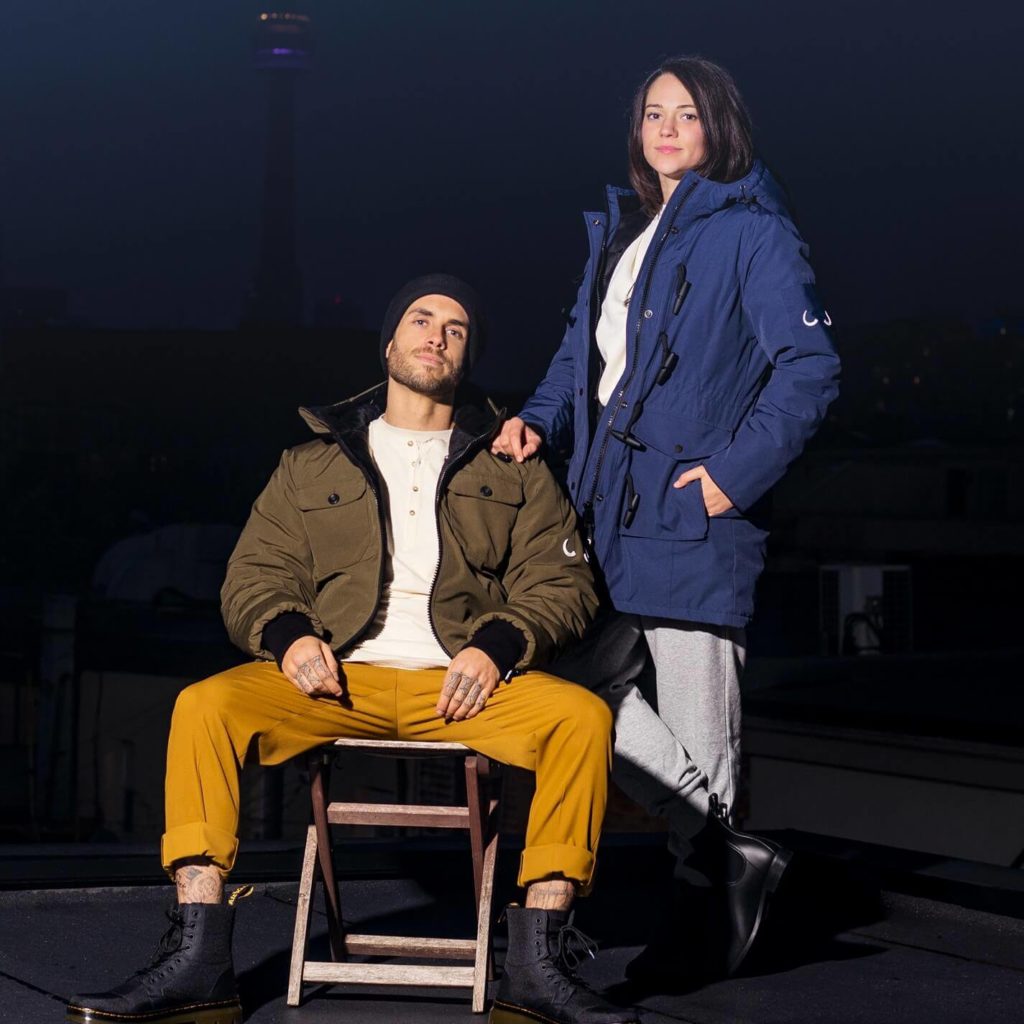 Wuxly Movement is conscious on every front, but at its core, it shows up for the animals.

Other outerwear companies maintain that goose down and coyote fur are vital to keeping customers warm throughout some of the world’s harshest winters. In a sense, it’s true. For centuries, humanity has relied on animals for their meat and for their fur, feathers, and skin as a means to survive.

But, as the food industry has proven, humanity is capable of innovation. We’re not (usually) living in caves anymore. We can make highly effective animal-free insulated outerwear, just like we can make a “bleeding” beef-like burgers out of plants.

“Everyone is jumping on these plant-based burgers, well, guess what, we got tech-based outerwear, and it’s outperforming the other stuff out there,” Yurichuk told Etalk at Toronto Fashion Week. The brand headlined the show, only choosing models that encompassed its “warm” philosophy.

According to Wuxly, its animal-free insulation (military-grade Primaloft Gold Insulation, developed by U.S. company Primaloft) holds 98 percent of its heat, even when its completely wet. Down feather insulation holds zero percent of its heat in the same circumstances. But that’s not the only key difference between the two. Wuxly’s tech-based insulation also doesn’t require animal cruelty, a necessity in the down industry.

While still alive, geese are plucked for their soft and warm down feathers. It is not only a distressing process for the birds but can also leave them with painful open wounds and sores. Some birds raised for down are also used for foie gras production. To make the French delicacy, they are force-fed until they can no longer stand, and then slaughtered for their fatty livers. 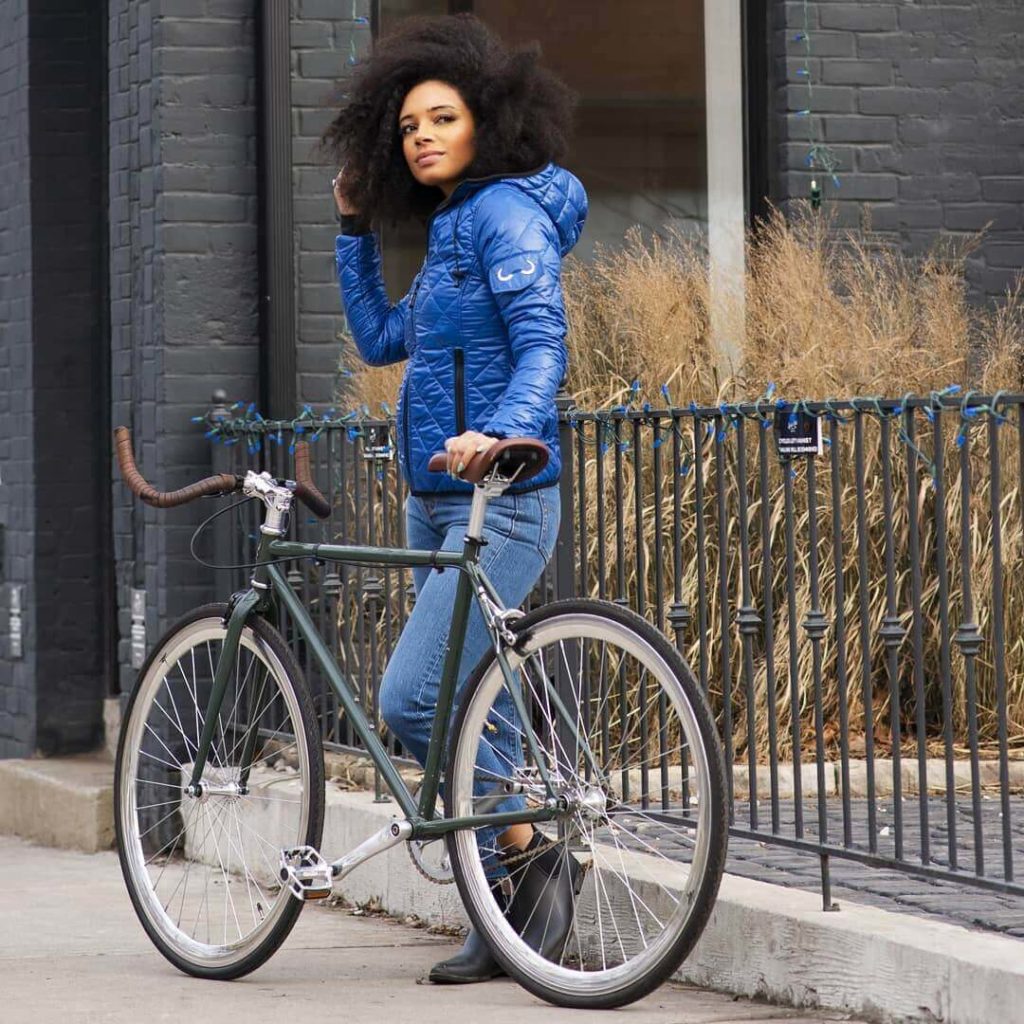 Wuxly’s coats are down cruelty-free.

But it doesn’t have to be like this. The Wuxly Movement understands this notion so deeply, it has launched an initiative to support customers who want to ditch their animal products and purchase vegan outerwear instead.

The Trade Up Program encourages customers to bring in outerwear made with fur and down, from brands including Canada Goose, Moose Knuckles, and Mackage. In return, they will receive a credit toward any Wuxly parka. 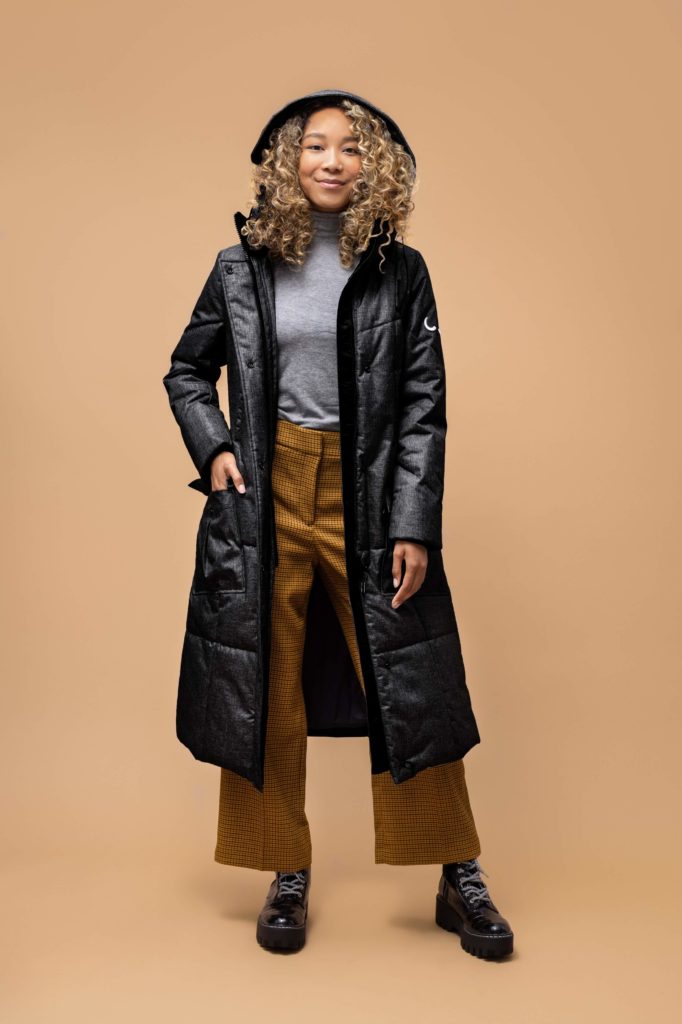 What does Wuxly want with clothing it’s so ethically opposed to? It removes any fur trim from the jackets, before donating them to its partnering homeless shelter. The outerwear is then distributed to those who need it to survive the winter. The fur trims are donated to be used for bedding in animal rehabilitation centers.

When you buy from Wuxly Movement, you get a stylish, cozy coat or jacket. And you also get so much more than that. You get warmth, not just from the freezing temperatures, but in your heart, too.

Yurichuk says, “Canadians are known as warm people, it’s in our DNA, and we have certainly delivered warm products to the world.”

Visit Wuxly’s online store to view its products, or follow @wuxlymovement on Instagram. You can also visit its new pop up location at 505 Queen St. W, Toronto, Ontario.