Nicol plays Mrs. Beryl Patmore, the cook on the ITV and PBS period drama”Downton Abbey” and the 2019 film of the same name. Outside of acting, she is a dedicated vegan animal advocate, acting as an ambassador for the charity Animals Asia.

Nicol went vegan when the show ended in November 2015. Last September, Nicol spoke to the food and cooking magazine Rachael Ray Every Day about working on the show and revealed that she was surprised by how much she enjoys being vegan.

Nicol explained that at first, she believed veganism sounded “like a punishment or a life sentence for anyone who is a foodie.”

Her perspective has changed. She continued, “But the fact is, you just have to look around and there’s some good stuff out there. Now I’m on that road. I don’t have any interest in eating meat anymore. I haven’t missed it—not at all.”

Nicol shares a love for cooking with her character, the perfectionist Mrs. Patmore. She contributed a vegan strawberry torte to supermarket Asda’s magazine, “Asda Good Living.” She gushed over her plant-based adaptation of beef bourguignon.

“I made bean bourguignon!” Nicol told Rachel Ray Every Day. “It had loads of herbs and red wine in it, and just beans instead of beef. It was really, really good.” 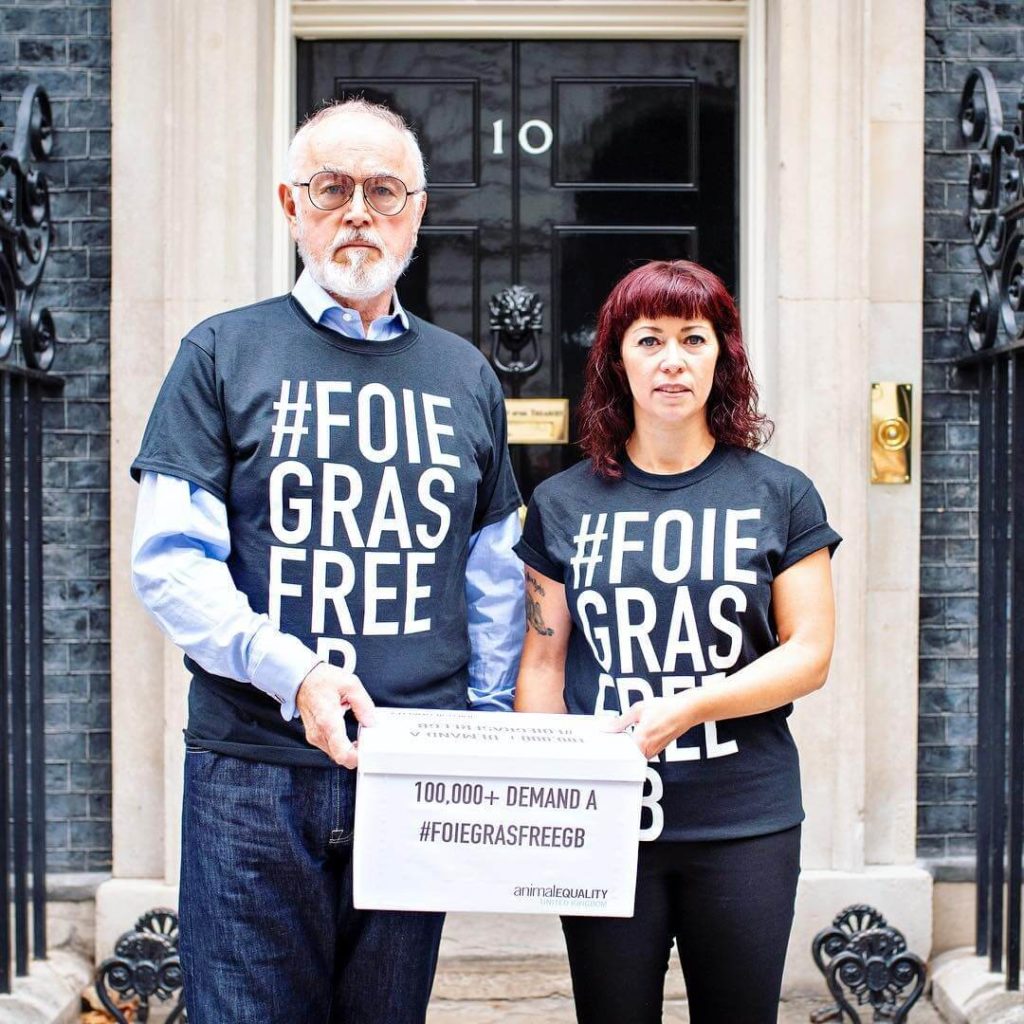 Fellow “Downton Abbey” actor Peter Egan is also vegan and an ambassador for Animals Asia. He refused to have meat on his plate or to be filmed handling a gun while working on the show. The 73-year-old British actor is the vice-President of the RSPCA ( Royal Society for the Prevention of Cruelty to Animals) and is a patron of the animal rights organization Animal Aid.

Egan campaigned to ban the sale of foie gras in the UK in September 2018, delivering a petition with more than 100,000 signatures to 10 Downing Street. “Is this torture worth it, in order to satisfy a taste for fatty liver, which is totally destructive to the goose or duck and not healthy for the human who eats it?” he asked.

Egan has previously criticized the use of reindeer and other animals in Christmas entertainment. The BAFTA Award-winning actor called such attractions “inhumane,” adding that they are a “poverty of imagination.”

He added that these animals “deserve compassion and respect.”