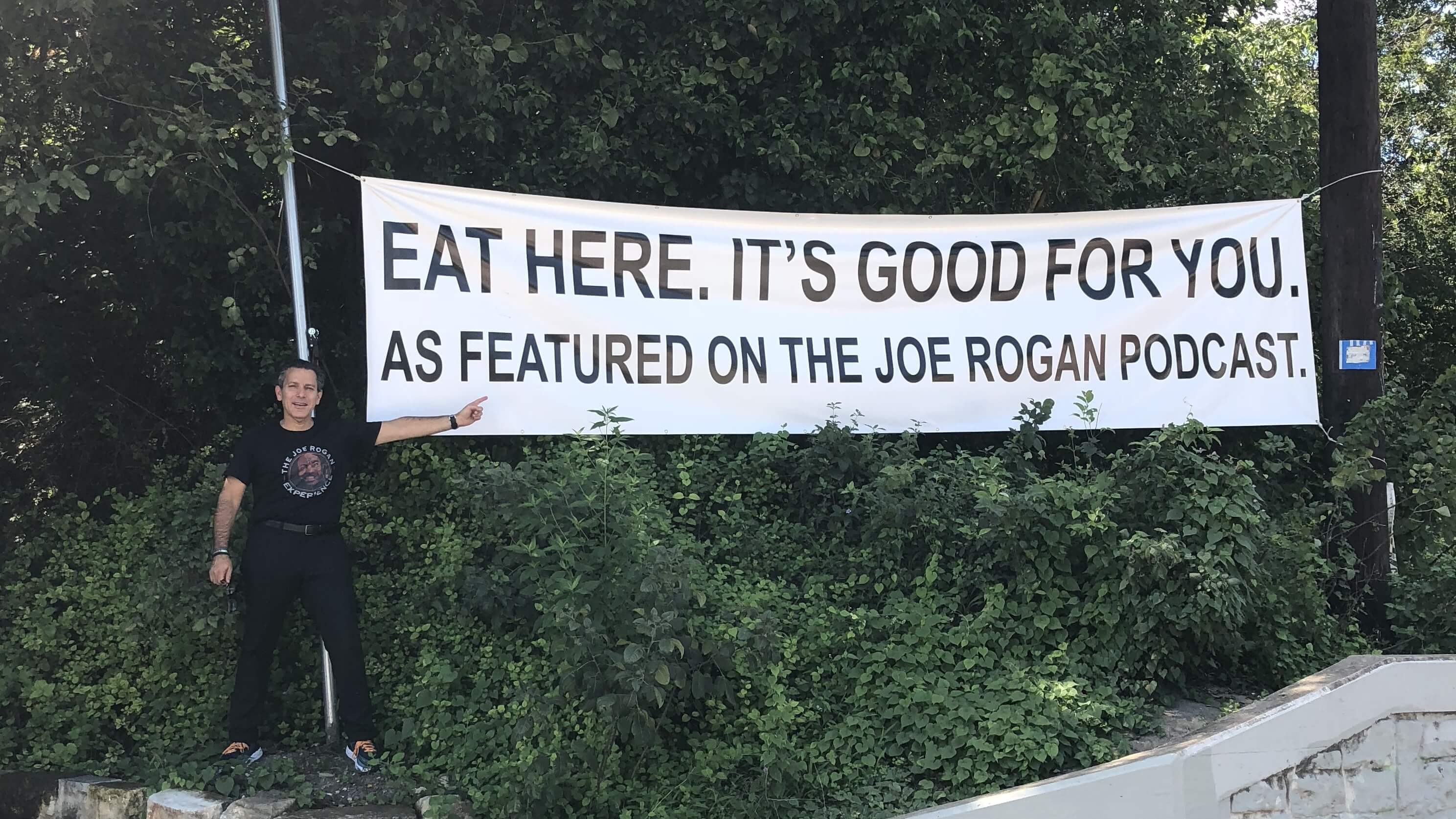 The cardiologist and vegan of 42 years launched the “healthiest food truck in the world” this summer, announcing the grand opening via Twitter. He also recently appeared on the popular “Joe Rogan Experience” podcast where he mentioned the food truck after debating the health effects of meat, cholesterol, and saturated fat with medical practitioner, Chris Kresser. The doctor now promotes the food truck with a banner that reads “as featured on the Joe Rogan podcast.”

No stranger to the catering industry, Dr. Kahn opened the Green­Space Café in his hometown of Detroit back in 2015, and now owns two vegan restaurants there. The new truck, named the ATX Food Co GreenSpace Food Truck, is part of a joint mission by the Green­Space Café and the Austin Food Company.

The two joined forces to “revolutionize the food world and provide affordable health-supportive food to our community.” The eco-friendly food truck intends to be 100 percent waste-free and offers a completely natural, vegan, and alkaline menu. Using mineral-rich ingredients which replenish the body, the truck offers dishes including stir-frys, pancakes, soups, and desserts.

The doctor is careful to stress that he isn’t asking people to eat lettuce for every meal – as the truck’s creative menu shows – but to make health a priority. “I just want to show everyone that taking care of yourself, and taking care of the planet, is really cool and it’s for everyone,” he says.

Last year, the businessman, medical expert, and author spoke at the Plant Based Nutrition Support Group’s seminar on the health benefits of vegan eating. He explained the scientific evidence that plant-based nutrition can prevent, halt, and reverse America’s top 15 chronic diseases.

Dr. Kahn’s food truck can be found at 1601 Barton Springs Road, and, according to the doctor, is “not to be missed.”