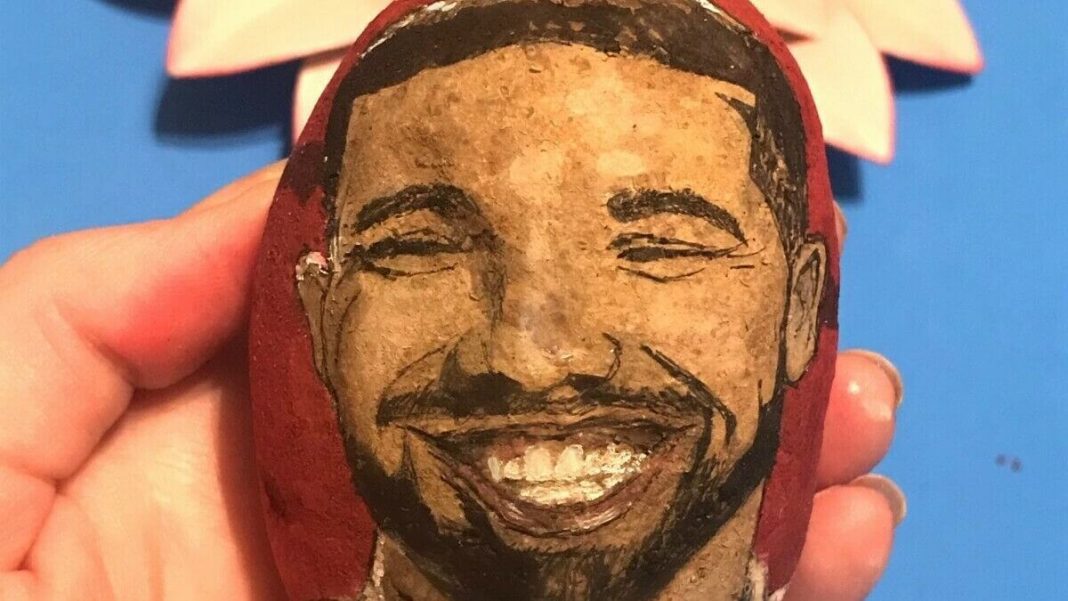 A potato that was drawn on to make it look like musician Drake could be yours.

The “Drake-d” Potato that won a TMZ Potato Portrait Contest is now available through an e-bay auction. And proceeds of the sale of the potato are going to charities supporting animal rescues, spay and neuter programs, and food for the homeless.

“In recent months, I’ve been applying for each and every scholarship under the sun in hopes of helping to cover some of the costs of continuing my education,” she wrote in the post. “The $3,000 that I just won from spending 70 cents & 15 minutes drawing on a potato is significantly more than the vast majority of these scholarships award to their recipients.”

“So, be a super awesome person and just buy this potato,” Sartor writes. “You need it.”

This may be Drake’s first time appearing on a root vegetable, but it’s not his first time being drawn into food. Images of him in pots of noodles and stacks of pancakes have appeared online. The artist also appeared on a giant billboard calling him a “Kale God.”

The billboard appeared last spring after the artist revealed on the gaming site Twitch that he had gone vegetarian.

In a discussion about whether or not pineapple belonged on pizza (along with chicken), Drake said he no longer eats meat.

Vegan celebrities including Sir Paul McCartney, Woody Harrelson, Joaquin Phoenix, Mina Suvari, and Moby recently joined the Million Dollar Vegan campaign urging Pope Francis to go vegan for Lent. If he does, the campaign will make a $1 million donation to the Pope’s charity of choice.