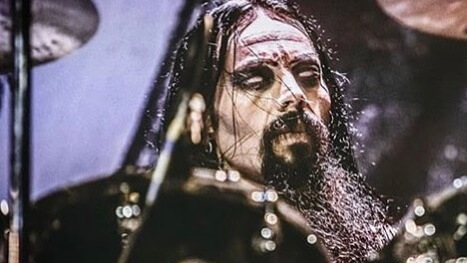 In an interview with Canal Metal, the video channel of Alcatraz hard rock and metal festival, the musician revealed his prediction that vegan food will dominate the food system, maybe even in as little as ten years time. “[I eat] mainly vegan these days, actually,” he said. “I’ve come to realize that that is [going to be] the future. So my prediction, in ten years from now, the world will be completely different on the subject of food – and even quality of food, actually.”

Haraldstad added that eating high-quality plant-based food makes him feel good, an important factor considering he has a busy schedule to upkeep, frequently rehearsing, recording, or playing live. “You don’t eat something that brings you away from your goals,” he said. “It’s something that helps you achieve it. I think it does matter.”

Tomorrow you can see this guy in Halden, Norway, in Drammen, Norway on Friday and finally in Larvik, Norway on Saturday. The last three shows of the Deep calleth upon Deep world tour. Do not miss it. ?Stephan Ferenczi #satyricon #deepcallethupondeep #worldtour

Haraldstadd is among a growing global group of flexitarians who choose to avoid meat on many occasions for health, environmental, and animal welfare-related reasons. According to one recent report by Mintel, 50 percent of European consumers are consciously cutting meat from their diet, and in the U.S., its 60 percent, says a study published in the Public Health Nutrition journal.

According to the drummer, these numbers will keep rising, with more and more consumers adopting a less animal product-heavy diet. “I’ve also become very convinced that what I and many others have concluded is gonna be the conclusion of the majority of people in the foreseeable future. I’m pretty certain,” he noted.

Haraldstadd isn’t alone in his prediction; in the UK, a recent ThoughtWorks survey revealed that 20 percent of young Brits believe the world’s food system will be completely meat-free by 2030. Further, 24 percent of adults believe everyone will be more mindful of where their food comes from in just over ten years time, as well as the energy it takes to produce it.

“What is emphatic, and a little surprising, from our research is how well people can see what’s coming next,” said Kevin Flynn, ThoughtWorks’ director of retail strategy. “Over the next decade, food is set to become much more closely linked with convenience, health, and well-being.”