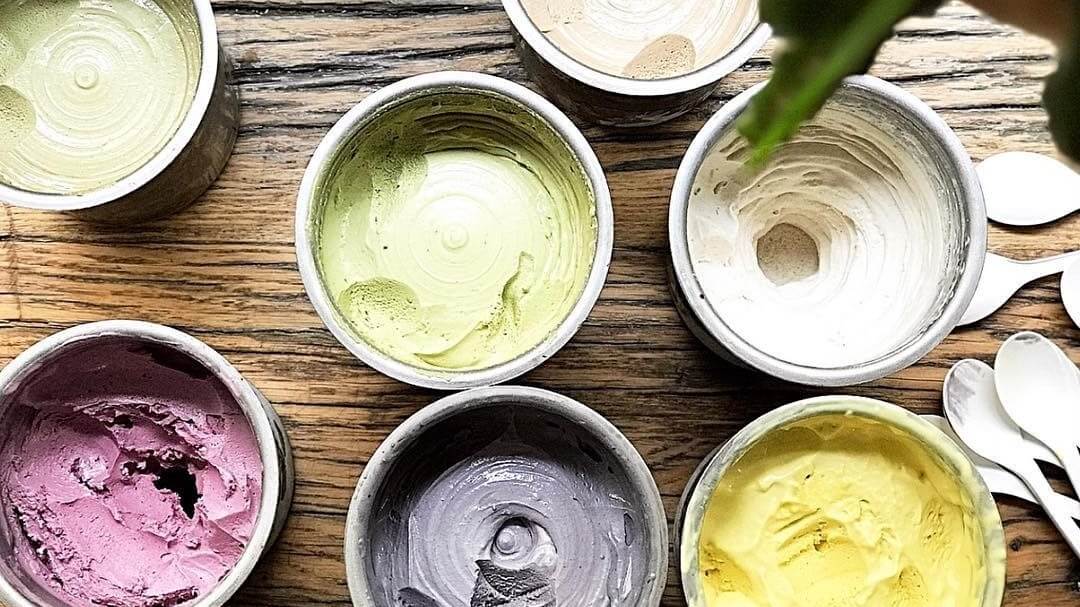 The ice cream, which is made on site in the Robinsons Department Store and the Alserkal Avenue branch, is available in flavors such as Fruity Matcha Banana, Blueberry, Aςai, Turmeric, Mango, Choco Coco, and Vanilla & Thyme for Dhs28.

All the dishes, snacks, and drinks on offer from Wild & The Moon have been designed by raw vegan experts, chefs, and nutritionists to ensure everything is healthy for your body as well as the planet. “Our recipes are inspired by the seasons,” the cafe notes on its website. “[By] ingredients we believe in, travels we’ve been on and meals we share with friends and family. We have taken flavors and ingredients from our memories and travels and combined them with herbalism and naturopathy to create a new alchemy, a new nutrition bursting with vital energy.”

Other menu items available from the eatery, which also has cafes in Paris and New York, include vegan super bowls, “Nutmylks”, smoothies, and healthy snacks such as Spirulina Popcorn, Kelp Noodles, Cucumber Wakame, and Guac and Crackers.

Vegan food is becoming more popular in Dubai. Throughout Ramadan, vegan Iftar, the first meal of the fasting day, was highly sought after. “This was the first year we [offered] vegan Iftar,” said the head chef of Dubai restaurant Common Grounds, Alexi Mostert. “We went on a whim and thought ‘let’s try something different’ and we’ve had such great feedback. We were a bit skeptical at the start but it was phenomenal. I’ve been in the UAE for seven years and never thought I would see a day where vegan food would be in such high demand.”

The founder of ninety-five percent vegan restaurant Urth by Nabz&G also believes there has been a rise in demand for vegan food across the city. “There’s a huge business case for vegan food in Dubai,” he said. “People are watching documentaries and becoming conscious of the benefits of a plant-based diet. We were overbooked through Ramadan for the vegan Iftar.”