International donut chain Dunkin’ Donuts is set to add plant-based items to its menu in the near future, according to the new CEO, David Hoffman.

Hoffman, who replaced CEO Nigel Travis earlier this week, said he will not be overhauling the company immediately, but a few menu changes will be happening, including non-dairy drink items. He’s been with the chain for 18 months, coming from McDonald’s.

“Beverage-led on-the-go is really just great coffee fast, and it’s as simple as that,” Hoffman told Boston.com. “Nobody does iced coffee and hot drip coffee better than us. But there’s a whole range of other products that we can get into around beverages, whether it’s re-establishing ourselves in espresso-based drinks to teas to plant-based drinks… We think that’s some of the runway for us long term.” 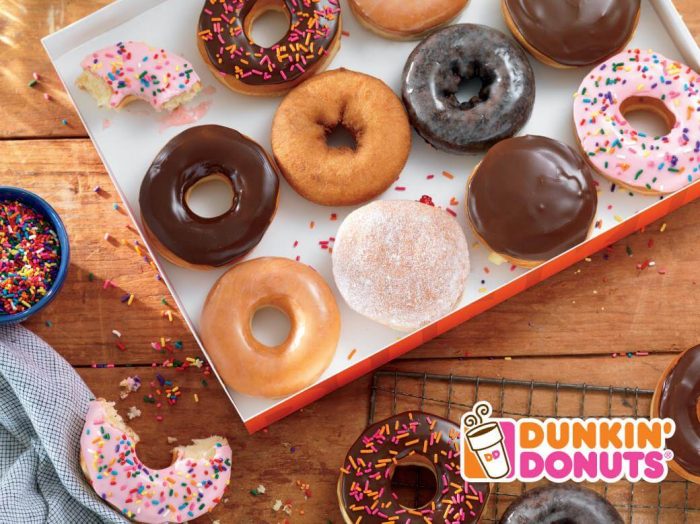 Starbucks, which rivals Dunkin’ Donuts on the coffee and drink side, has recently upped its plant-based offerings. Most recently it added a coconut milk latte to the permanent menu. Stores in Southern California are now also carrying vegan ice cream pops from Dream Pops, which uses 3D molds to make its treats.

Starbucks says its shift comes in response to growing customer demand. At a stakeholders meeting earlier this year, COO Rosalind Brewer told the audience the coffee chain has a line of items that it’s planning to share with customers this year, “so it is in our plans,” she said. “We know our customers ask us that repeatedly, and we’ll be responding.” The chain also just released vegan protein cold brews.

Whether or not vegan donuts appear on the Dunkin’ Donuts menu in the near future, vegan donuts and desserts are on the rise across the globe as bakeries embrace nondairy butter, cream, and milk, and egg substitutes like aquafaba.

For Dunkin’ Donuts, though, it’s all about timing and taking it slow. Hoffman told reporters Wednesday, “I’d say we’re in the top of the first inning still.” But he’s ready to move the company forward, and the vision appears to include shifting to meet the market demand, which these days, includes meeting the consumer’s requests for vegan options.