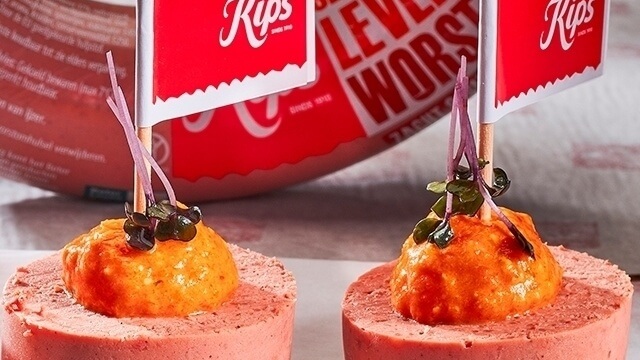 Known primarily for its traditional liverwurst – a sausage made from liver – Kips decided to create vegan versions of its products due to growing consumer demand for animal-free food.

Awareness of the issues surrounding meat consumption is rising in the Netherlands. In September, the Dutch Council for Environment and Infrastructure recommended that the nation decrease its livestock population and introduce new food policies promoting plant-based protein.

According to Jo-Anne Van Der Laan of Kips, the brand has noticed this steady change in consumer attitudes for “some time.” She said in a statement, “The consumption of meat is slightly decreasing annually. So-called flexitarians choose not to eat meat every day. We are responding to this trend by offering vegan products. In doing so, we aim at a wider target group including vegetarians and vegans, because there is no animal protein in these new Kips products.”

Marked clearly as vegan on the packaging with a green Kips logo instead of its normal red, the new products will be promoted in a three-week advertisement campaign on Dutch TV as well as online to help sales. However, according to Van Der Laan, they are already showing positive results and it’s all to do with the taste.

“Naturally, taste is and will remain the most important reason to buy the products in the first place,” explained Van Der Laan. “All four vegan products show better independent test results among consumers than vegan products from competitors that are already on the market.”

The market for vegan meat is growing in the Netherlands, with products by Dutch companies such as The Vegetarian Butcher and Vivera available both nationally and internationally. In fact, Vivera’s products are so popular that in its first week of availability at major UK supermarket chain Tesco, the plant-based Vivera steak hit nearly 40,000 sales.