The Dutch government has agreed that all mink fur farms will close permanently by March 2021.

Mink fur farming was first banned in 2013 and a complete phase-out planned for 2024. But the ban will be fast-tracked after COVID-19 was discovered in more than 40 Dutch fur farms.

In June, Parliament confirmed that the Dutch fur farms, which were shut down due to COVID-19, would not reopen. “All mink breeding farms where there is an infection will be cleared, and farms where there are no infections, won’t be,” spokeswoman Frederique Hermie told The Guardian at the time.

Since April, approximately 2 million mink have been culled to prevent further spread of the virus. Mink on the remaining 120 farms will be slaughtered in November, but farms will not be permitted to restock.

It’s believed that COVID-19 was first spread to mink by their handlers. At least two humans who have since come in contact with the animals have contracted the virus. Government research suggested that the farms were the first-known animal-to-human coronavirus transmission.

“This signals the end of suffering for millions of animals confined to small wire cages on fur farms in the Netherlands. We commend the government on its decision to end this incredibly cruel and completely unnecessary industry and protect citizens,” said Dr. Joanna Swabe, senior director of public affairs for Humane Society International/Europe.

Dutch MPs “overwhelmingly voted in favor of shutting down the estimated 128 remaining mink farms in the Netherlands following the outbreak of Covid-19,” the Humane Society International told LIVEKINDLY. 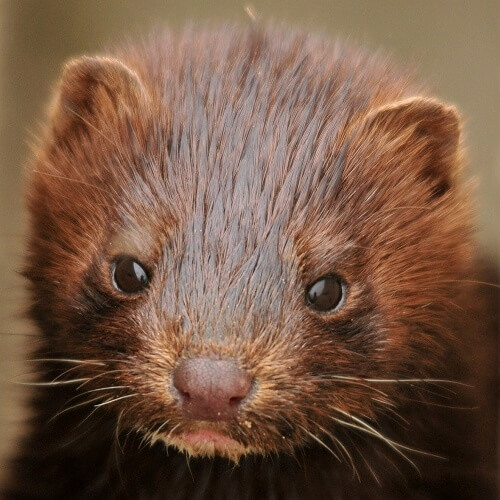 Minks are solitary and territorial in nature. | skeeze via pixabay

Fur Around the World

The Netherlands has long been one of the world’s top mink fur producers. In 2018, the Netherlands farmed more than 4.5 million mink.

China, Denmark, Finland, and Poland lead the world in fur production. Approximately 100 million animals including mink, fox, raccoon, and dogs, are killed every year for their fur.

“We are calling for the 24 countries around the world that still allow mink farming to very rapidly evaluate the situation and evidence coming out of the Netherlands,” Clair Bass, the executive director of the Humane Society International told the Guardian.

Animal fur has been falling out of fashion. Major retailers, fashion designers, and labels including Macy’s and Bloomingdale’s,  pulled fur from their stores and collections. California banned the sale of fur last year.

Thrifting Tips: How to Build a Sustainable Wardrobe