LIVEKINDLY
Home Business This Dutch Vegan Cheese Is So Good, No One Cares It’s ‘Fake’ 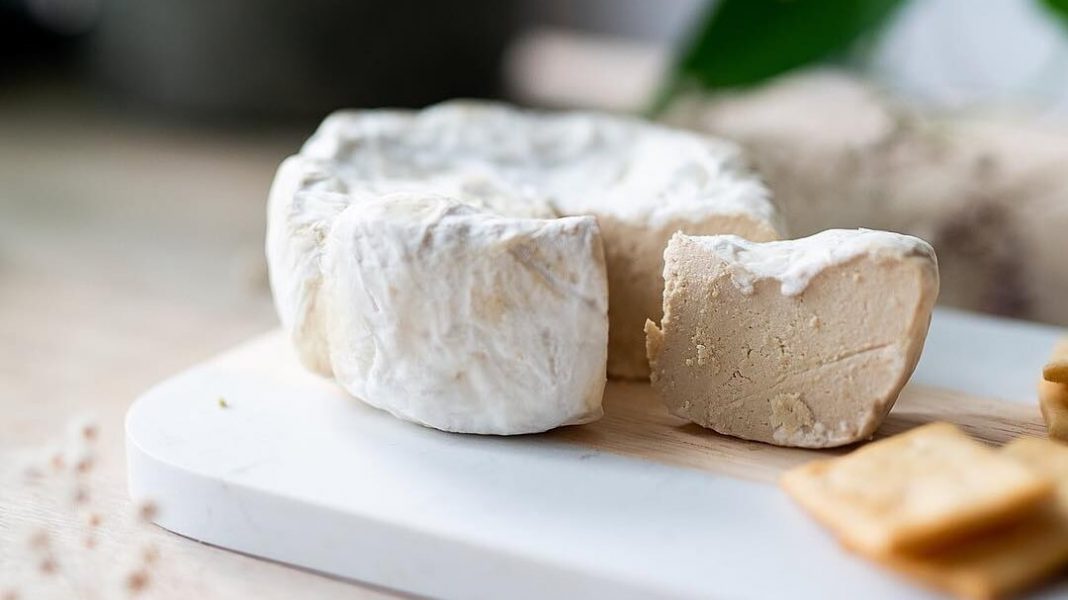 Dutch company Plant Based Cheese makes vegan products that taste so good and look so realistic that no one cares they’re “fake.”

Using a combination of nuts and tofu, founder Brad Vanstone — who grew up on a dairy farm in Devon, UK — creates healthy vegan cheeses packed with protein. From gorgonzola to ricotta, to goat, parmesan, and fondue, each plant-based product by the Amsterdam-based company mimics the texture and look of the real deal.

The concept is similar to Britain’s La Fauxmagerie, which opened earlier this year. The country’s first-ever vegan artisan cheesemonger was met with praise and controversy; Dairy UK — a dairy farming lobby group — wrote to the store informing them of the EU ruling that states the term “cheese” can only be used for a dairy-based product.

Vanstone maintains that this “us-versus-them” attitude isn’t present in the Netherlands where his business is based. He notes in an op-ed for the Guardian that the majority of his Dutch customers are simply intrigued by his product, and eager to try something new.

We want to see as many people as possible witness the huge possibilities of plant-based cheese making. We started out to encourage more people to eat plant-based cheese and to highlight that it can be just as decadent and hedonistic as dairy cheeses.⁣ ⁣ On the 16th March, we're teaming up with Cashewbert to host the Netherlands leg of their European tour. ⁣ ⁣ The workshop will demonstrate the basics of plant-based cheese making, how to use cultures and how to curdle plant-based milk for making cheese. The workshop is in English and will wrap up with a taster session. ⁣ ⁣ There are only a limited number of tickets available for the course as it's a very hands-on workshop – be sure to move fast on this one! DM us for ticket info.⁣ ⁣ —⁣⁣⁣ ⁣ Photo: @birgit.loit⁣ #pb_cheese #plantbasedcheese #plantbasedfondue #vegancheese #veganamsterdam #whatveganseat #plantbased #amsterdam #veganfood #veganfoodie #vegancompany #planteater #plantbasedevent #amsterdamstartup #amsterdamproducers #greenplanet #healthylifestyle #guardian #photooftheday #cashewbert #Camembert #veganCamembert

Despite his farm upbringing in Devon, Vanstone initially decided to ditch meat and dairy for environmental reasons. He explained that he still looks back on his life on the farm happily, but he knows the food industry, and its reliance on animal agriculture, needs to change for the sake of the planet.

His opinion is backed by numerous studies which claim that a shift away from animal agriculture would help to prevent dangerous levels of climate change. Last year, the world’s biggest ever food production analysis concluded that adopting a vegan diet is the single biggest thing a person can do to reduce their impact on the environment.

The lack of willing shown by dairy farmers in the UK to accept change and innovation in the cheese market is an “obstacle to progress” claims Vanstone.

“Witnessing the dairy industry’s action against La Fauxmagerie was disheartening,” he writes. “Consumers are more conscious of what they eat than they’ve ever been. Distinguishing between a plant-based product and its dairy equivalent is easy for us.”

“Time and energy would be much better spent trying these products first, before passing judgment,” he commented. “It’s a matter of sticking to the food tests we have used since the dawn of time: taste, nutrition, appearance, and smell.”

Plant Based Cheese’s products are available from its website.